The United Democratic Party government, under the leadership of Prime Minister Right Honourable Dean Barrow, has been found responsible for unconstitutionally spending $1.5 billion. This decision was delivered on Friday, January 31st at the Supreme Court by Chief Justice Kenneth Benjamin, highlighting that Barrow, Minister of Finance, spent the funds without parliamentary approval, which is a violation of the Constitution of Belize and the Finance and Audit Reform Act. 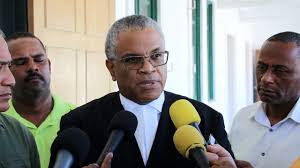 The Finance and Audit Reform Act, Revised Edition 2011, expressly states that all revenues or other monies raised or received by Belize, not being revenues or other monies payable under the Belize Constitution or under any other law into some specific public fund established for that purpose, shall be paid into and form one Consolidated Revenue Fund.
The funds, which were in part from Petrocaribe (a multi-million-dollar Venezuelan loan), had to be deposited into the Consolidated Revenue Fund. However, no such thing happened. The government also did not go before the National Assembly to seek approval on how to spend such funds. The decision stems from a claim filed in March 2019 by the Leader of the Opposition of the People’s United Party (PUP), Honourable John Briceño, and his colleague, Cayo South Area Representative Honourable Julius Espat.
The Chief Justice also granted an injunction restraining Barrow from continuing the reported unconstitutional and illegal practice. However, this injunction will come into effect six months from now to allow Barrow time to amend the constitution and correct the wrongdoing.
Senior Counsel Eamon Courtenay, the leading attorney for the claimants, spoke to The San Pedro Sun and said an amendment is the only solution the prime minister has. “He will need to put in a provision saying that all these amounts and spending were, in fact, valid, and this amendment takes effect retroactively,” said Courtenay. “The case stands that all he did was unconstitutional, and he has been given a chance to correct it. To amend the constitution, he needs a two-thirds majority, which he does not have in the National Assembly.” Courtenay explained that in the worst-case scenario, Barrow could find himself unable to spend further public funds without approval if he does not secure an amendment after six months. Secondly, Barrow can be subject to prosecution, as the activity is considered a criminal offense. 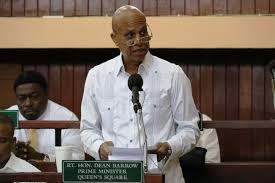 Leader of the Opposition Briceño expressed his satisfaction with the ruling of the court. “We are very happy with the judgment, and I think it is time that the prime minister understands that the people’s money is not his money and that he needs to be able to, as the Minister of Finance, give account for every single cent of the Belizean taxpayers’ dollars that he spends,” said Briceño. He added that in the coming day, he would meet with his fellow parliamentarians to discuss the issue. Then they will wait for the amendment to come to them for approval.
Defending the government’s stand was Financial Secretary Joseph Waight and Attorney General Honourable Michael Peyrefitte. Waight spoke to the media and said that they were aware of the ruling handed down by Chief Justice Benjamin and found comfort on the six-month time-window. “He gave the government time to fix it,” he said. “What we need to do is to go back and first of all, get the written judgment, better understand it and see what the implications are,” Waigh said that although general elections are happening this year, they will comply with the decision of the court.
No official response has been forthcoming from the Barrow administration and it is unknown if they will appeal the court’s decision. It is believed that if there is an appeal, it will be a waste of time and money, as the government’s legal representation conceded with unconstitutionalities Chief Justice Benjamin found in the investigation.

100-Day Accomplishments of the Ministry of Human Development, Families and Indigenous Peoples’ Affairs