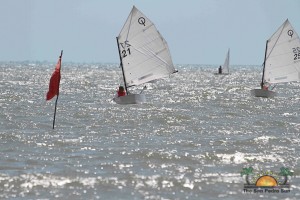 According to Andrew Milner, Commodore and Sailing Coach at the SPSC, “There were many tears at the award ceremonies as all the young sailors proudly accepted their awards. The seas were somewhat choppy and the conditions were not what the San Pedro team was used to, but notwithstanding, they performed exceptionally.”

All finalists were awarded medals. This is one of seven races throughout the course of the year, where participants compete to qualify for and leading up to the yearly Optimist Nationals, which organizers are hoping to bring to San Pedro this year.