Mayor’s Cup heads to the finals 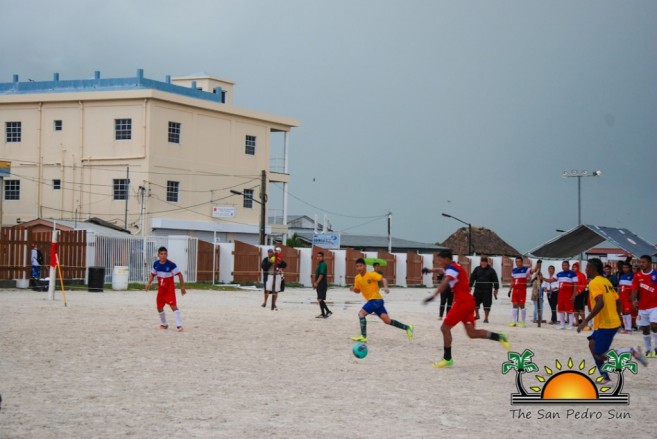 The Mayor’s Cup Five-a-side Football Tournament is coming to an end, and the semi-finals are well underway. The four top teams are fighting for the coveted first place spot as the tournament gets more heated and the games get tougher. Over the past weekend, football fanatics came out to the Honorable Louis Sylvester Arena (Saca Chispas) to support their favorite team during the most crucial round of the tournament. 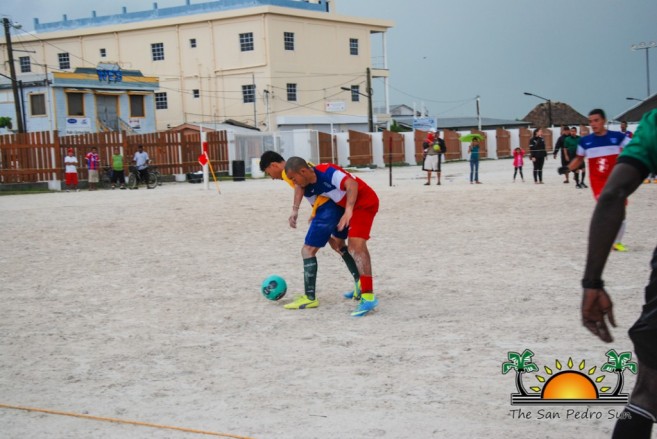 The final round of games for the regular season was played on Saturday, November 29th at 6PM and saw five matches. The night also saw four teams fighting for the three remaining spots in the semi-finals. In the first match, Warriors FC took on Green House FC. As one of the teams competing to qualify for the semi-finals, Green House FC had to win their match in order to advance. The match was a struggle for both teams, but in the end Green House FC managed to take advantage of Warriors FC and took the victory in a 1-0 point game. There was much anticipation on the field as FC Aluminum Fabricators took on Pro Divers FC in the second match of the night. 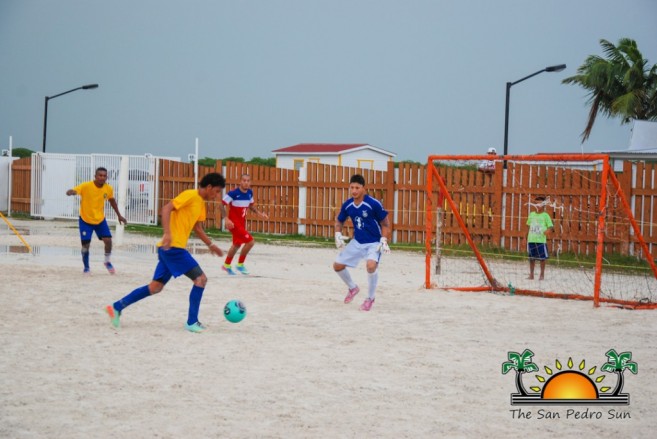 A win for either team would allow them to advance to the semi-finals, but unfortunately neither team could score as the game ended 0-0. The tie left both teams’ position in the tournament in obscurity. The third match of the night also ended in a 1-1 tie between Venecia del Caribe FC and Eagles FC. Swampedrito Lazy Boyz took on Island Pure FC in the fourth match. While Swampedrito Lazy Boyz needed a win to advance to the semi-finals they could not achieve it as the game ended in a 1-1 tie. Top team Dorados FC took yet another win in the fifth match as they easily defeated Airstrip Taxi Strikers FC in a 6-3 point game. 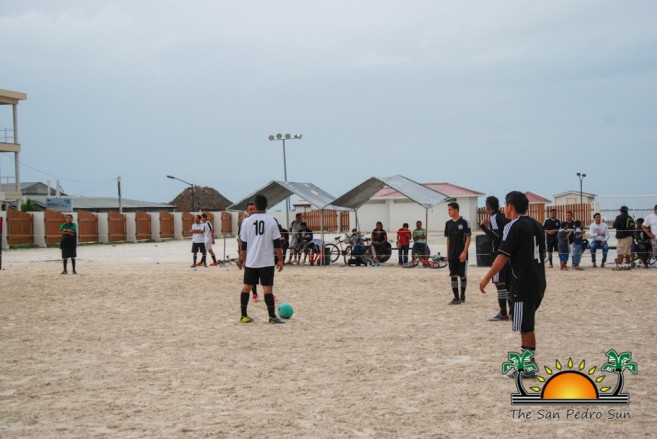 At the end of the night, organizers were ready to reveal the four teams that would be advancing to the semi-finals. The lucky teams heading to the championship are Dorados FC in 1st with 25 points, Green House FC in 2nd with 17 points, FC Aluminum Fabricators in 3rd with 16 points and Pro Divers FC in 4th also with 16 points. Unfortunately, the journey ended for the remaining six teams. Their final standings are as follows: Swampedrito Lazy Boyz FC in 5th with 16 points (FC Aluminum Fabricators, Pro Divers FC and Swampedrito Lazy Boys all had the same points as such the teams moving on to the semi-finals were determined by the goal aggregate of each team in the regular season), Island Pure FC in 6th with 10 points, Eagles FC in 7th with nine points, Venecia del Caribe FC in 8th with eight points, Warriors FC in 9th with six points and Airstrip Taxi Strikers FC in 10th with four points. In addition, Mario Chimal from Dorados FC took the prize for top goal scorer for the regular tournament season with 11 goals. 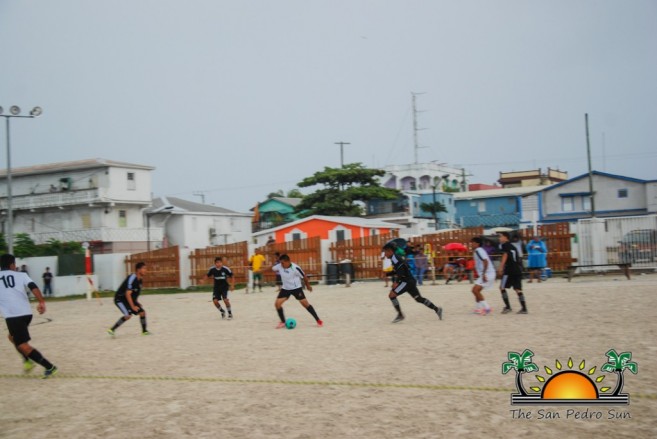 With the regular season, over it was time for the semi-finals in which the four qualifying teams will each play two games (home and away series). The winner of both games would face off in the finals while the losers would face off for third and fourth place. The first leg of semi-finals took place on Sunday, November 30th and the teams were both definitely in it to win it. The first game saw Dorados FC and Pro Diver FC facing off. In an unexpected turn of events, the top team fell spectacularly with the Dorados FC to Pro Divers FC in a 3-1 point match! Green House Fc also defeated FC Aluminum Fabricators in a 3-1 point game in the second match of the day. 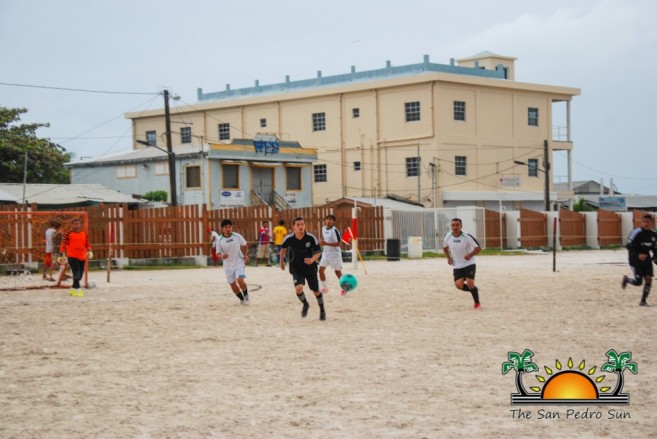 The teams only have one more game to prove themselves and it’s going to be more than exciting after the first games’ result! The second leg of the semi-finals will take place on Saturday, December 6th starting at 3PM. Green House FC will once again face off against FC Aluminum Fabricators, while Dorados FC will take on Pro Divers FC. At the end of the two games organizers will announce the two teams heading to the finals that will be played on Sunday, December 7th starting at 3PM. Presentation of trophies, prizes and individual awards will be issued immediately after on Sunday. 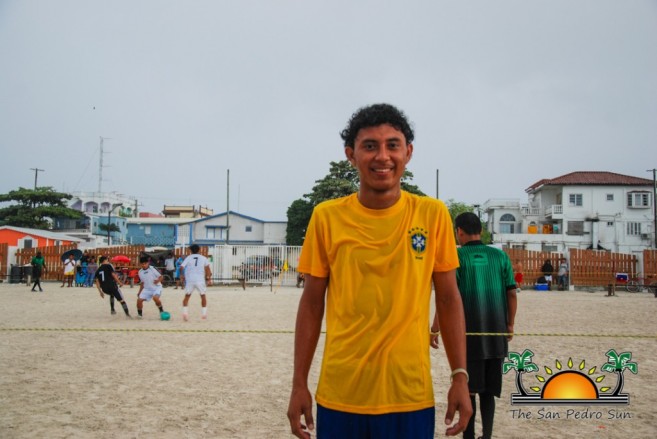 You don’t want to miss out on this football action! For more information on the tournament contact, organizers Jesus Lozano at 607-1543 or Kenny Witzil at 664-7566.