« Older: Where do you Read? Bob reads in Cuenca Ecuador
Newer: » Kent “Bob” Gabourel places second at the End of the World Marathon 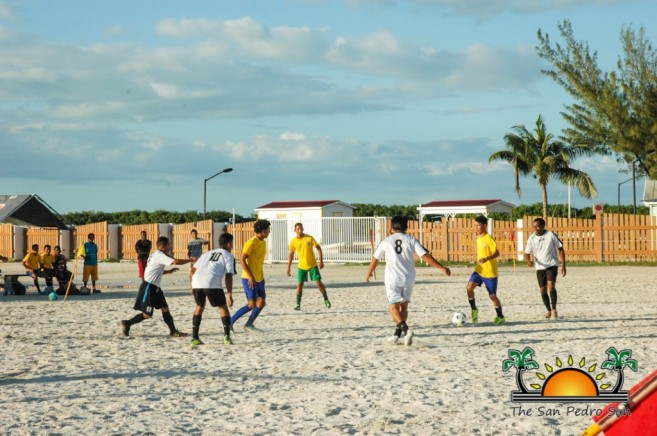 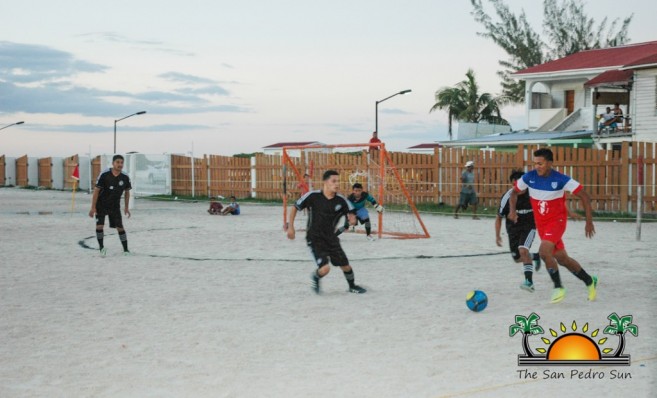 In the first match of the night, Green House FC defeated FC Aluminum Fabricators with a 3-2 score. Dorados FC won the second match of the night against Pro Divers FC in a 2-1 point game. With the semifinals officially over, organizers tallied the four teams’ aggregate scores to determine who would compete in the championship match and who had to settle for the third and fourth place match. Green House FC was the first team to advance to the championship match with six points total. Pro Divers FC took the second stop in the championship match with four point. Both FC Aluminum Fabricators and Dorados FC ended up with three points and had to settle for the third place match. 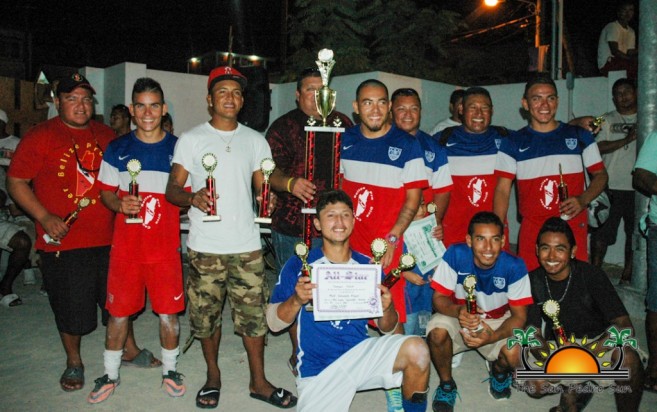 Anticipation grew on Sunday, December 7th as football fanatics came out to the Honorable Louis Sylvester Arena (Saca Chispas) to support their favorite team. The first game of the day was to decide who would take the third place. Dorados FC and FC Aluminum Fabricators were ready to give it their all when the game kicked off. Francisco Noralez scored first for FC’s Aluminum Fabricators, but Dorados FC’s Jose Chimal quickly retuned the favor to tie the game. With time winding down, Noralez scored the decisive and winning goal. The game ended in 2-1 point victory for FC Aluminum Fabricators. 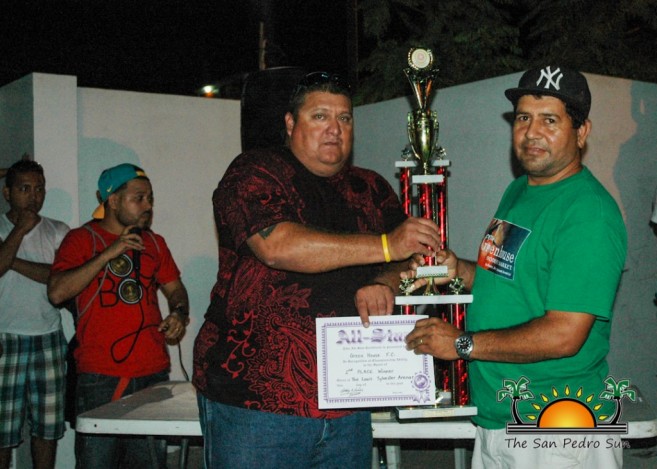 Despite leading the entire tournament it seemed Dorados FC didn’t hold up under pressure and in the end, were eliminated. With the third place winners decided, it was time for the big championship match. Both Green House FC and Pro Divers FC confidently took to the field, ready for the win. Jesse Smith scored the first goal for Pro Divers FC, but Green House FC’s Jose Rodas promptly responded with a goal of his own. Tied with one goal each, tensions were on high as time wound down. Both teams fought for the victory, but it was Jason Valladarez from Pro Divers FC who scored goal number two, securing them the first place win! Green House FC had to settle for second place. 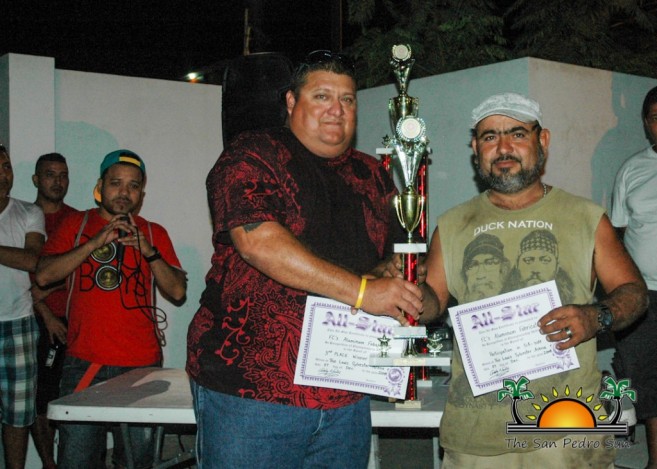 The tournament organizers, Kenny Witzil and Jesus Lozano, would like to congratulate the champions, Pro Divers FC and the sub-champions, Green House FC. They also acknowledge and thank all the ten participating teams of Mayor’s Cup. Jesus Lozano was vocal about his desire to run a successful tournament. “For us it has been a learning experience, a very challenging task to accomplish, but at the same time it is something that we hold very dear to our hearts because it is a sport that we enjoy playing. Our intention was to have something positive and constructive going on. Moreover, it is something that our community needs and we wanted to spark some excitement and fun on the weekends. What better way than to engage in playing football! We gave it our very best and we know that there is ample room for improvement. We express our most sincere gratitude to all those that participated and contributed in making this a reality. We hope that there could be continuity in promoting events like these. It is something very vital and desperately needed within our Belizean communities, we have a lot of talented individuals (youth especially) here in our community, but we need to have the right mechanisms in place so that these skills and talents can be nurtured, showcased and further developed. SPORTS is very ESSENTIAL and we should look into ways in which we can promote it. Organizing and having continuous, all year round tournaments could be a start. I sincerely believe it is something worth discussing and it has a lot of POSITIVE benefits to a community and its residents. Moreover, it serves as a positive alternative that helps engage individuals/families (youth and seniors) in a positive, healthy and fun atmosphere.”