Home » Sports » Reef Week 2015 closes off with a challenging Triathlon

Reef Week 2015 closes off with a challenging Triathlon


Activities for the 10th Annual Reef Week culminated on Sunday, May 17th with the annual Reef Triathlon. Island athletes of all ages converged at the Boca Del Rio Park for an intense morning of swimming, cycling and running. Organized by Kent “Bob” Gabourel and Hol Chan Marine Reserve, the triathlon was divided into three categories: juveniles, juniors and seniors. At the end of the competition, three champions rose, and they were Michael Cobo, Dixon Paguada and Kent Gabourel. 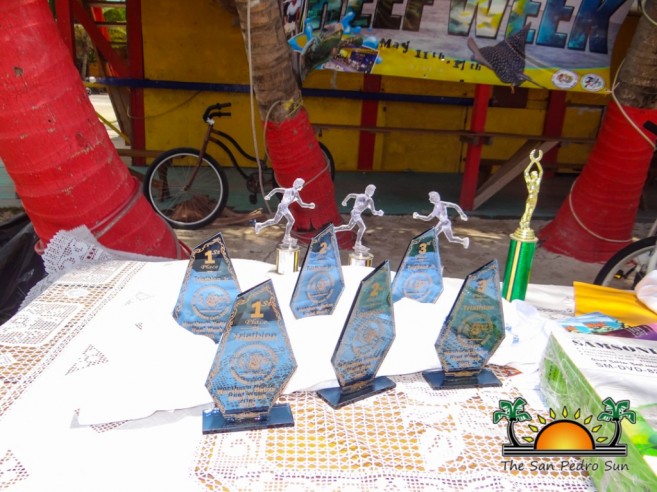 In the juvenile category, 12 boys under the age of 12 tested themselves in the arduous race. The young athletes had to swim about 20 yards in the Boca Del Rio channel, then race to their bicycles at the entrance of the park. The boys then cycled one mile up the Northern Ambergris Caye Road and back. This was followed by a run to Ocean Tide Beach Hotel and back to the Boca Del Rio Park. Taking first place with a time of 12 minutes and 15 seconds was Michael Cobo. In a close second was Michael’s brother, Adrian Cobo. Josue Valle finished off in third, with Leroy Arzu taking fourth, while Cameron Zetina rounded up the top five. 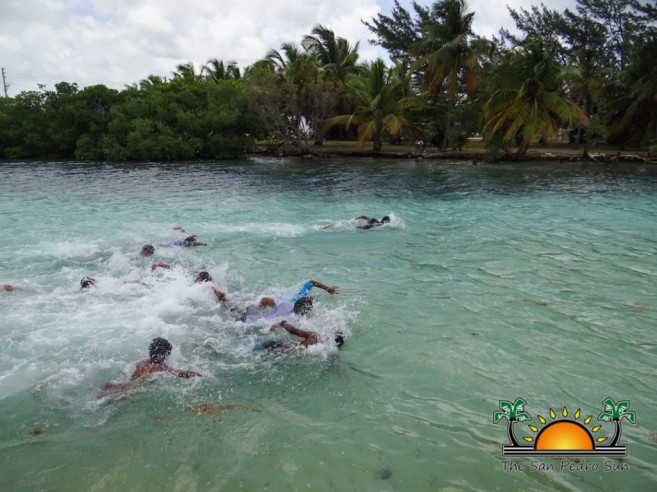 The 12 racers in the junior category (under 15) were challenged a bit more. They had to swim from under the Sir Barry Bowen Bridge to the mouth of Boca Del Rio channel (about 40 yards), then cycle two miles up the Northern Ambergris Caye road and back. Lastly, they had run from Boca del Rio to Wet Willy’s Dock and back. With a time of 16 minutes, Dixon Paguada took first place in the junior category. Andy Rivero came in second, Deandre Vasquez in third, Itai Rivero in fourth and Vicente Dawson took fifth. 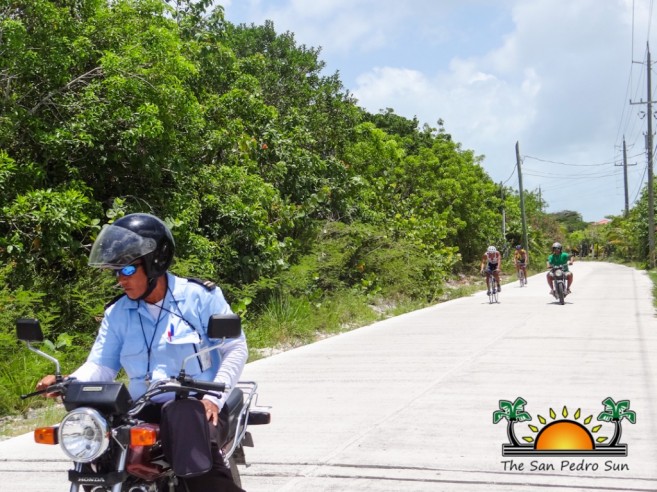 The final category was the most challenging, and was reserved for seasoned athletes. Seven island athletes participated in this senior category. They were pushed to the limit, swimming three laps from the Sir Barry Bowen Bridge to the mouth of Boca Del Rio channel (approximately 120 yards total), then cycle three laps from Sir Barry Bowen Bridge to El Pescador (approximately 18 miles), and run three laps from Boca Del Rio Park to Wet Willy’s Dock. At the end of the intense race Kent Gabourel took the coveted first place trophy. Amed Figueroa place second while Brandon Santos took the third place spot.

At the end of the races trophies and prizes were awarded by the Hol Chan staff. Organizers would like to thank the San Pedro Traffic Department, Council Gabriel “Gaby” Nuñez, Dimas Guerrero, Rio Hardware, Vanessa Figueroa, Calvio’s Bike Shop and Rentals, Hol Chan Marine Reserve and all the athletes that participated in making the Reef Triathlon a success.