« Older: San Pedro Tiger Sharks make it to the Playoffs
Newer: » 8-Ball Pool Tournament heading back to the beach

Veterans and Catrachos to battle for Mayor & Minister’s Cup


After ten weeks of intense football matches, the grand finale of the Mayor and Minister’s Cup is finally here. Fans filled the Louis Sylvestre Stadium as four teams: Veterans, Ambergris Divers, Catrachos, and Peacemakers, played in the determining semi-final rounds. 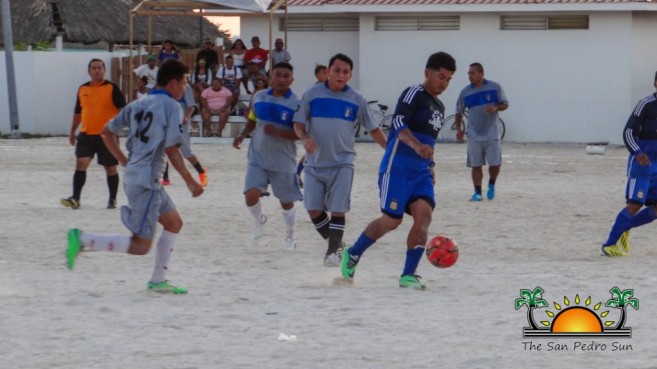 The first game was on Saturday, April 9th and the Veterans faced Ambergris Divers in a grueling match. Each team fought hard for the 1st place spot in the finals. By the first half, Veterans showed their experience with a 2-goal lead. In the second half, Ambergris Divers fought back, scoring one goal, intending to score another to tie the game. However, they ran out of time and the Veterans defense held up. With a final score of 2-1, Veterans took the #1 seed. 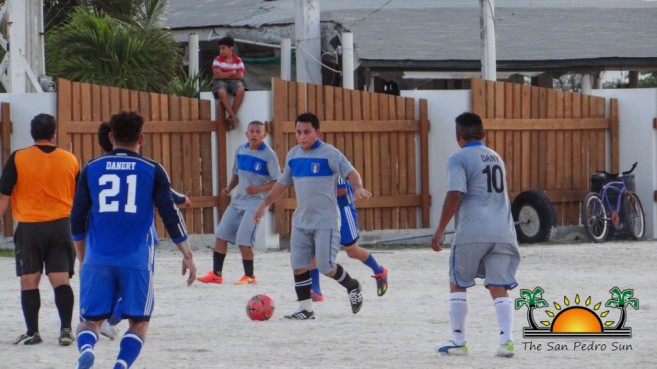 The final round of the semi-finals continued on Sunday, April 10th, where Catrachos took on the Peacemakers. In the first half, were frustrated by the Catrachos who took a head start with two goals. Peacemakers answered back with a goal of their own, hoping to stop the Catrachos in the second half. However, Catrachos came back with another goal, leading 3-1. Peacemakers responded with a score, but ran out of time, losing 2-3 to the wily Catrachos. 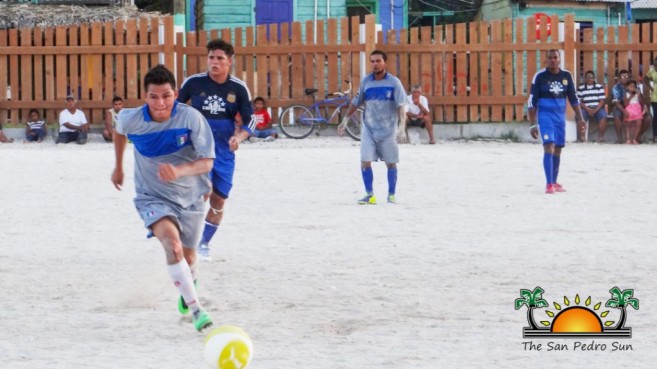 On Friday, April 15th, Ambergris Divers and Peacemakers will be competing for the 3rd place trophy at 7 PM. The Veterans and Catrachos are set for the championship game, competing for 1st place and 2nd place on Saturday, April 16th at 7 PM. An awards ceremony will follow, with the presentation of the championship and trophies, as well as the announcement of the recipient of the golden boot, and the MVP of the tournament.

Fans are encouraged to come out to the Honorable Louis Slyvestre Complex (Saca Chispas) and support the San Pedro footballers. You do NOT want miss out on all of the football action! Congratulations to all teams making it this far in the tournament!