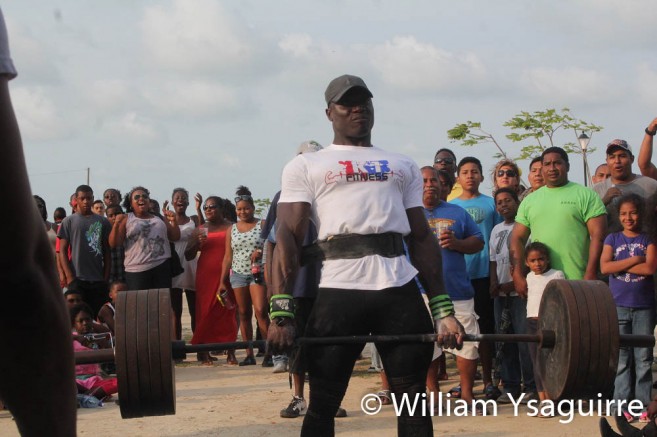 Akpobodor won the $1,000 first prize and $100 in prizes for winning two of the five events; lifting 545lbs in the dead lift and doing the tire flip in 1:01 minute. He was also second in bench-pressing 385lbs; lifting 405lbs from a squat and pulling a sports utility vehicle (SUV) 100 yards in 36 seconds.
Defending two-time champ Victor “Brown Sugar” Valencia of the Body 2000 Gym won the $600 second prize and a $50 prize for winning the bench press at 405lbs. He pulled the SUV in 35 seconds, the third best time, and lifted 460lbs from a squat. He did the tire flip in 1:13. 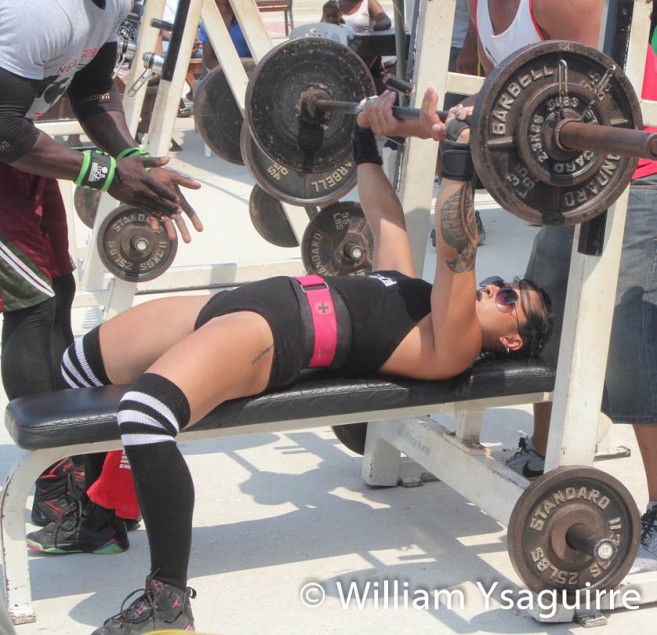 James Jones of the BBBFF Gym won the $400 third prize and $100 in prizes for winning two events: the squats, at 475lbs and the SUV pull in 33.87 seconds.
Rayford Brown of the Neal & Gordon’s Gym won the $200 fourth prize from Transparent BPO by bench-pressing 315lbs, squat-lifting 405lbs, and pulling the SUV in 38.66 seconds.
Robert Williams of the BBBFF Gym was fifth to win the supervisor’s consolation prize, from Transparent BPO, a gift basket from Grace Kennedy Belize.
Andrew Rodriguez was sixth, winning the U.S. Marines consolation prize – a Grace Kennedy Belize gift basket.

Photos:Tuff E Nuff- Back to Back IBL Champions