What better way to celebrate an anniversary than to have two days dedicated to fun festivities? That’s what our Mexican neighbors in Xcalak did for their 116th Anniversary. Residents of San Pedro Town traveled across the vivid turquoise waters on Saturday, May 28th and Sunday, May 29th to join in the fun.
Ambergris Caye and the community of Xcalak, a small village located in the outskirts of Quinta Roo, Mexico, have shared a great bond for many years. The history between Xcalak and Ambergris Caye stems back to 1955, when Hurricane Janet struck and caused devastation to the village. The few remaining survivors (less than 100) migrated to San Pedro in hopes of restarting a new life. 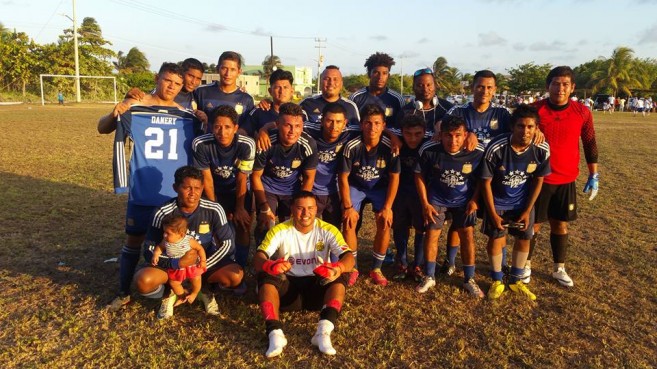 One of the most anticipated events that both communities look forward to is the annual football marathon that takes place. This year, the tournament had the participation of seven teams, which represented Belize and Mexico: Xcalak (Mexico), San Jose (Orange Walk), Corozal FC, Chetumal (Mexico), Nuxpak (Mexico), and Jokers FC and Los Catrachos FC represented San Pedro.
The games were played in twenty minute increments for each half, and the first game saw Jokers FC against Nuxpak, where Jokers swept the score board with a 2-0 victory. In the second game, Los Catrachos played twice against Xcalak, defeating the home team in penalties. Up next, Chetumal faced San Jose and won. Lastly, Corozal FC was eliminated by Xcalak. At the end of the tournament, Los Catrachos claimed the first place victory and Jokers FC took home third place, with both teams bringing home lavish trophies and bragging rights. 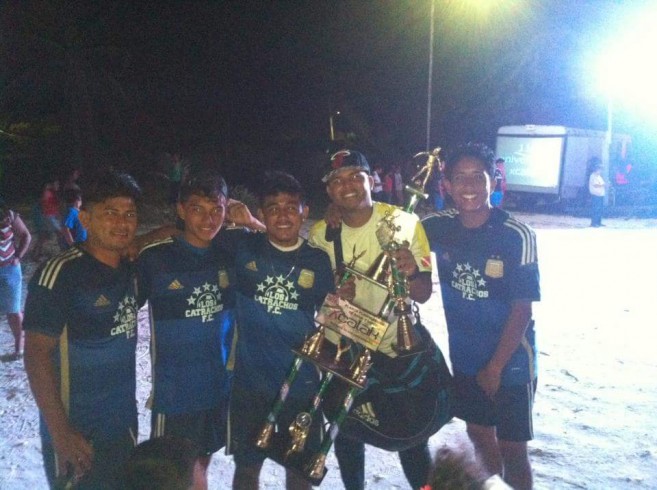 After the football tournament, a protocol ceremony took place, where different sectors of the government gave a brief speech. Hector “Tito” Alamilla from the San Pedro Town Council spoke on behalf of Mayor Daniel Guerrero. “It was a pleasure to be able to greet and congratulate Xcalak on this memorable occasion. The sister relationship Xcalak has with San Pedro is one of a kind, so much so that when they come to San Pedro, they know San Pedranos, and when we go there, they know us. The beauty of it all is that we are always here to help out one another,” said Alamilla.
During the two days of celebration, the residents of both communities enjoyed much entertainment including various presentations from Ballet Folkorico, imitators from Chetumal, and dances from Music on Star and Song Gays. Congratulations to Xcalak on their 116th anniversary, and kudos to the winning football teams!