The island’s love for football proved true as the San Pedro High School and Island Citizen Sporting Club crowned six champions during the finals of the third of Five-A-Side Football Tournament on Sunday, August 28th. A large crowd attended the marathon at the Angel Nuñez Auditorium, cheering and rooting for favored teams to claim the championship title and bragging rights. Teams that rose as champions in their respective divisions were, Juventus Jrs. (Under 11), Juventus (Under 13), Manchester (Under 15), Central Strikers (Under 17), Las Catrachas (Female), and Los Catrachos in the senior category. 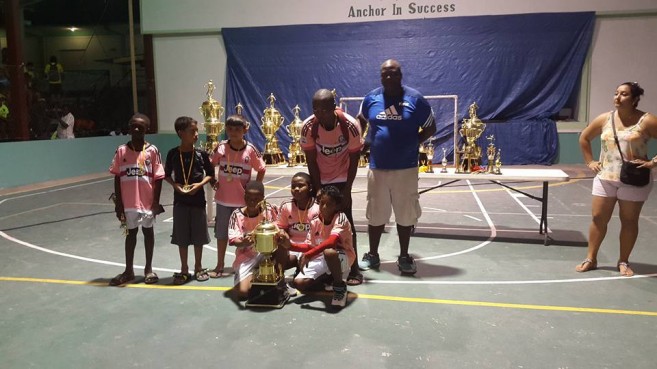 The finals began at 10AM with El Pescador FC Under 11 taking on Bayern Munich U11. El Pescador propelled and won 5-1, along with the third place prize and trophy. Battling for the first place in the Under 11 was Juventus Jrs and PSG U11. Juventus Jrs was crowned the champions with a victory of 3-0, while PSG U11 settled for second place. 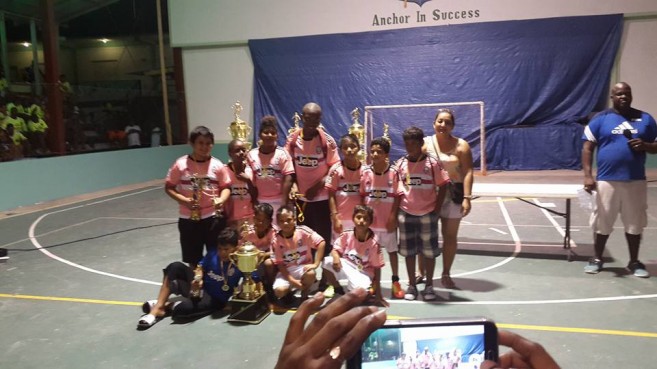 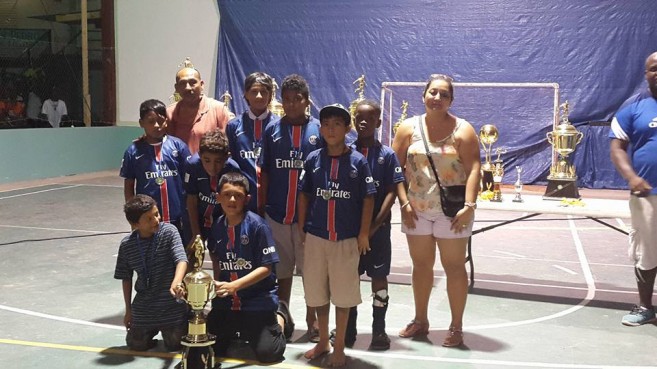 In the Under 15 category, Catrachitos took on Manchester for the championship. After a heated game, Manchester slipped away with the first place trophy, 4-3. 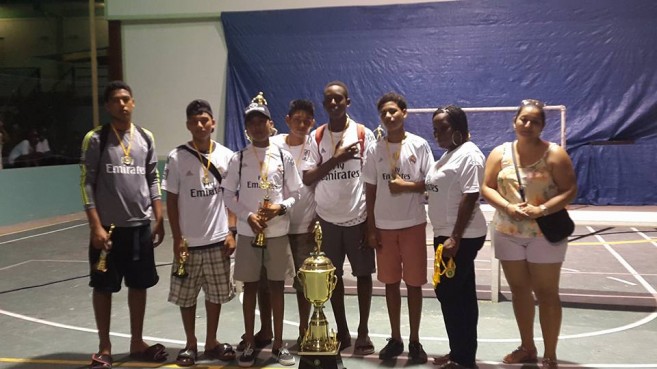 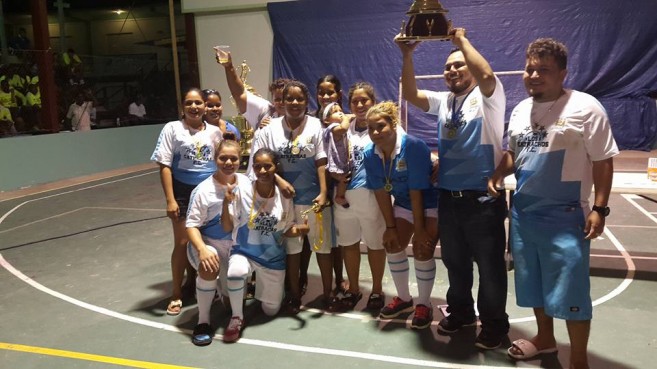 In the female category, Las Catrachas faced Island Strikers in another exciting match, with goals coming from both teams throughout the game. In the end, the win, and the Female Championship trophy and prizes, went to Las Catrachas in a 3-2 point game. SPHS Girls took third place.
Then it was time for the final series of the tournament: the senior category. Competing for third place were Galackticos and FC Goliath. Both teams battled strong, but Galactikos defeated FC Goliath 6-4, taking third place. 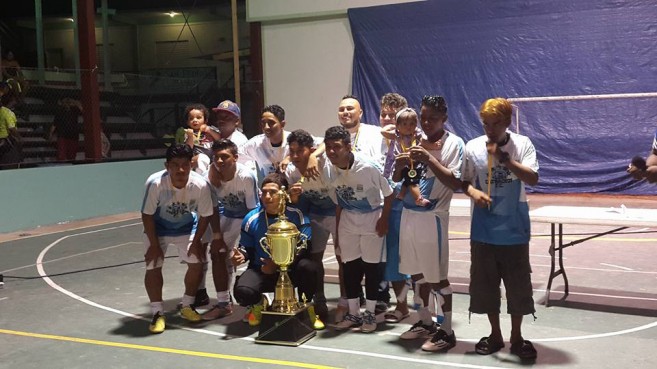 The last game of the evening saw the two top senior teams facing off: Los Catrachos and United FC. Both teams fought hard to claim their championship title, but Los Catrachos wanted the win more. After losing the title in season two, having won the competition back in 2015, Los Catrachos emerged champions once again, taking a 5-4 score in penalties.
Apart from third, second and first place trophies and prizes being given out for each division, individual prizes were also issued. In the Under 11 division, the award for MVP/Most Goals went to Jayden Lennon, while Mark Harmouch took the prize for Best Goal Keeper. Taking awards in the Under 13 division were Christian Chan for MVP/Most Goals, and Johan Guerra for Best Goal Keeper. In the Under 15 division, the award for Most Goals went to Harold Ramos, MVP to Jareth Rubio, and Best Goal Keeper to Joshua Moralez. The award for Most Goals in the Under 17 category went to Christian Medine, MVP was Ian Pou Jr, while the best goal keeper was Christian Orellana. The Most Goals award in the Female division went to Ada Cordova and the MVP went to Dawn Craft, while the Best Goal Keeper award went to Dymra Vasquez. In the senior division, Eddie Caliz took the awards for Most Goals and Nestor Guerra for MVP, while Flavio Montejo was named Best Goal Keeper.

Organizers would like to thank all the teams that participated in the Five-a-side Football Tournament as well as all sponsors and supporters. Congratulations to all the champions!
My Beautiful Belize would like to congratulate the Galactikos in claiming third place in the senior category of the five-a-side football tournament. Galactikos was jointly sponsored by the My Beautiful Belize Travel Publication and Super Buy.

One Year down, a lifetime to go!