The San Pedro High School (SPHS) Female Basketball Team returned victorious to the island after winning National Championship, at the National Secondary School Schools Sports Association (NSSSA) National Tournament. The championship was held on Friday, December 16th, at the Stann Creek Ecumenical College Sporting Complex in Dangriga Town. The competition saw the participation of regional champions from across the country, including the SPHS Male Basketball Team, who despite their great performance managed to claim third place. 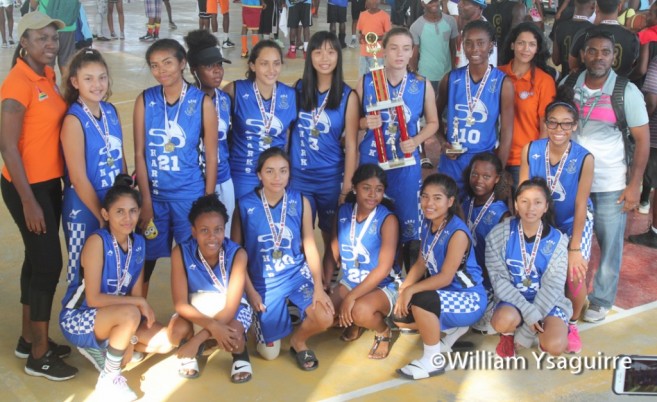 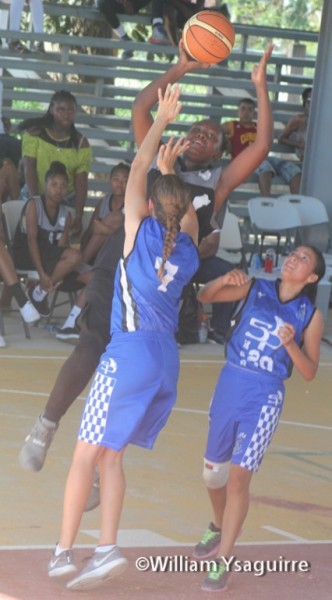 In the first female match, which started minutes to 3PM, the SPHS girls played against Anglican Cathedral College, where they dominated the game and won 30-19. This victory qualified them to the championship match later that evening. Meanwhile, the male team, comprising of Leonard Lopez, Tyrese Arzu, Zimmer Perez, Guillermo Nunez, Christian Orellana, Robert Palacio, Tyrese Martinez, Tyreek Azu, Jahson Salgado, Glendford Cadle, and Zian Bulnes, played their first game against Wesley High School (WHS). It was a close match, WHS walked away with the 55-46 victory.

The boys’ second match saw them facing Sacred Heart College (SHC). The SPHS boys had a tough time against the west team, who kept the score close. But that tremendous pressure did not faze the island boys, and they ended the game 60-50, claiming third place in the competition. 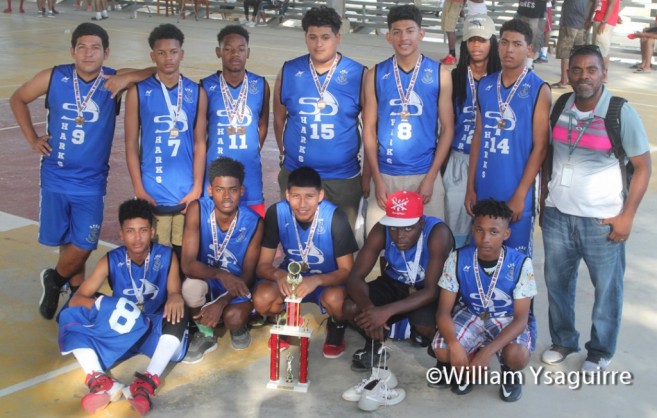 After 10PM, SPHS’ female team were on to the finals. This was the championship game, and the island girls took on Julian Cho Technical High School female team. After over an hour of hard play and major defence, the SPHS female team emerged victorious with a 16-7 win. With that victory, they officially become the National Champions in the female category! 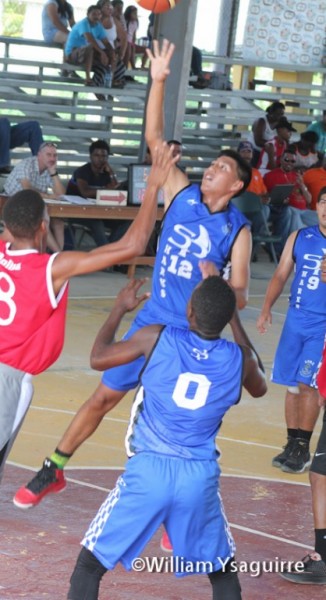 Following the championship matches, each team was awarded with their respective trophies, and individual players received their awards. Taking a total of five awards was SPHS team player Aliyah Elliott, who received awards for Most Blocks, Most Assist, Most Rebound, Most Steals and MVP.
The San Pedro Sun congratulates both teams from the San Pedro High School for their excellent participation and for once again representing La Isla Bonita so well.