The Matuz Bombers and San Pedro FC have both qualified for the championship finals of the Mclean Insurance U-17 football tournament organized by the Belize District Football Association. The Hattieville Riverside Boys U-15 and Matuz Bombers U-15 also won the under-15 finals by big wins at the MCC grounds in Belize City on Saturday, April 8.

The Matuz Bombers U-15 edged out Carlston FC: 2-1 in the first semi-final. Eshaq King scored the first goal for the Bombers to lead 1-0 at intermission; and Nigel Matus scored a second goal after the break. The Bombers’ defence blundered in conceding a penalty, and Shane Pratt converted for Carlston’s only consolation goal.
The Hattieville Riverside Boys U-15 schooled the City Boys 3-0 in the second U-15 semi-final. Aaron Hendricks scored the first goal to lead 1-0 at intermission. Ruben Darius scored a second goal after the break, and Enoch “Monster” Rhaburn scored a third goal to seal the 3-0 win. 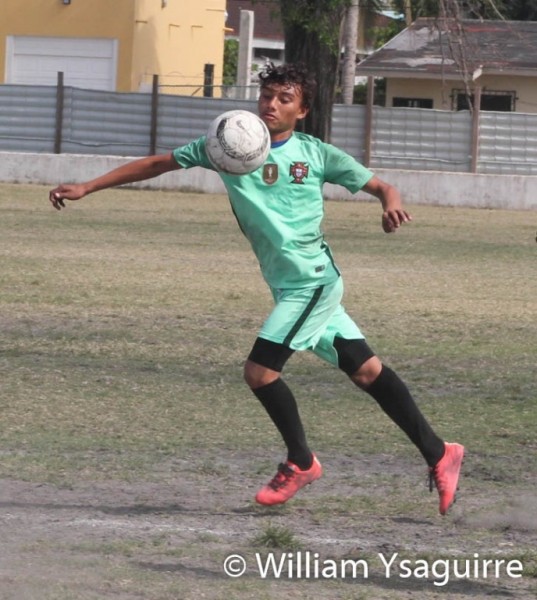 The Hattieville Riverside Boys U-17 did not do so well, as they were eliminated by the Matuz Bombers U-17 in the third match of the morning, the first U-17 semi-final. Mario Rivera scored first for the village boys, but Tyrique “Pippin” Muschamp equalized 1 for the Bombers before intermission. Kenroy Allen scored the Bombers’ second goal after the break, and Muschamp added a third goal to complete the 3-1 win. 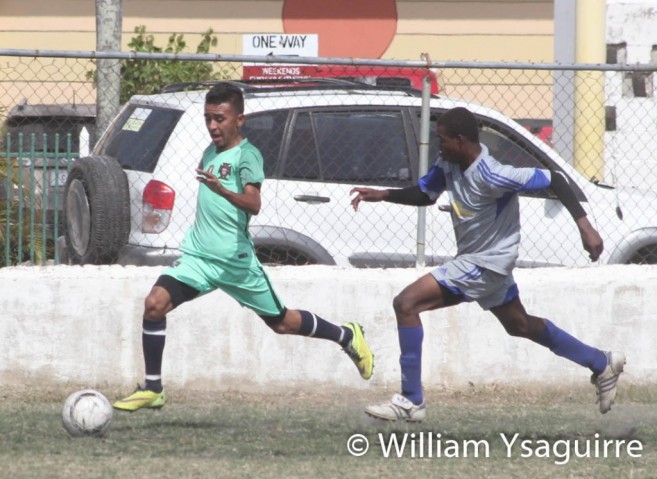 The San Pedro United FC boys outlasted the Warriors FC: 2-1 in the second U-17 semi-final in the fourth and final game of the afternoon. Dion Cacho scored first for the Warriors to lead 1-0 at intermission. The San Pedro boys pressured the city boys in the second half, and the Warriors’ defenders blundered into conceding a penalty. Ian Pou converted to equalize 1-1, and the match went into overtime when regulation ended in a 1-1 draw. It was late in the second overtime period and a penalty shootout seemed imminent when Dixon Paguada scored the second goal past Warriors’ goalkeeper O’Neil Simpson.
The finals are set for the coming week, and will be preceded by consolation games for third place.