Home » Sports » Veterans draw in first match of the finals

Veterans draw in first match of the finals


On Sunday, October 1st, the San Pedro Veterans travelled to Independence Village, Stann- Creek District to face the Mango Creek Veterans at the Michael Ashcroft Stadium, during the first round of the National Football Over-40 League Tournament finals. The match saw much talent and skills, but at the final whistle, the match ended in a 1-1 draw. 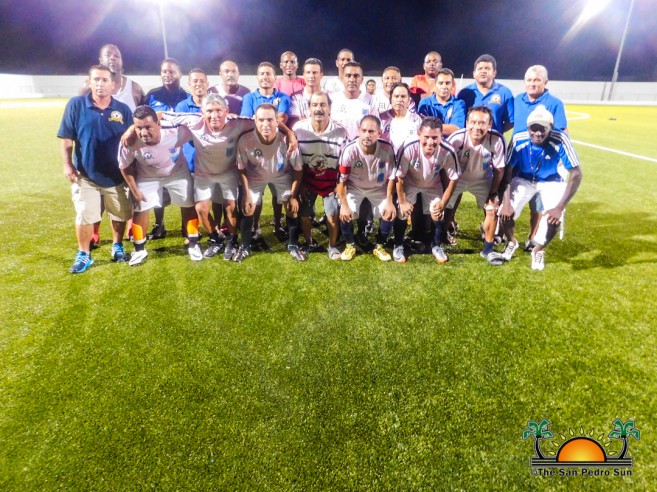 The game began at 4pm, and the San Pedro Veterans were determined to win after their definitive victory in the semifinals. However, the home team was not an easy opponent, and within the first 10 minutes of the match, Mango Creek Veteran Antonio Baptist scored the first goal. The intensity grew for the island team, as they tried to net a goal, but none of the attempts were successful. The first half came to an end, with the home team leading 1-0.
The second half started with a lot of pressure for the both teams. The tight match continued among the vets, who tied to net more goals. The Mango Creek fans loudly cheered for their team as the match was coming to an end, and the win seemed near. The joyful crowd was silenced in minute 90 however, when San Pedro Veteran Edgar Lima found his way and scored the first goal for the island team, ending the match, with a 1-1 draw.
The San Pedro Veterans will be hosting the Mango Creek Veterans at the Ambergris Stadium in San Pedro Town, on Saturday, October 7th. It is the last game of the finals to determine the champions of the Belize National Over-40 League Tournament 2017. The game is scheduled to start at 7:30pm. All islanders are invited to come out and support their home team on the finals.