Many island residents from both San Pedro Town and Caye Caulker Village made their way to the Angel Nuñez Auditorium in San Pedro Town this weekend to enjoy some great football action during the 5-A-Side Football Tournament. 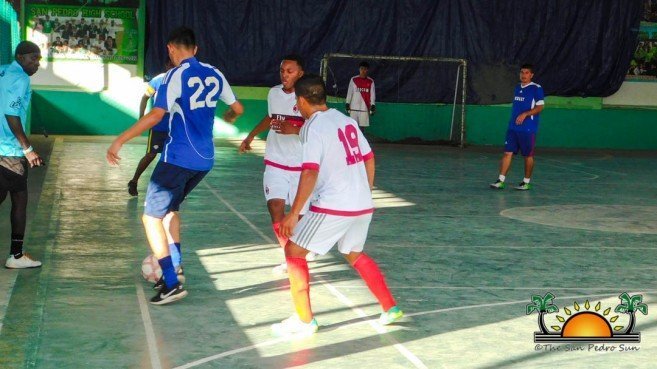 The first set of matches were played on Friday, January 4th starting at 6:30PM, with Young Pirates winning 7-1 against San Pedro High School (SPHS) Boys U-17, followed by Boca Jrs defeating Valley of Peace with a 8-1 score. Boca Bombers then won 3-0 over San Pedrito Boys, and the last match of the night saw Rough & Tough coming out victorious with a 5-6 score over Pro Divers. 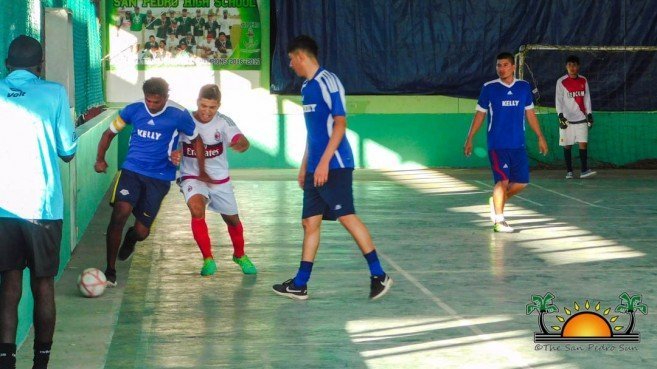 The following day matches began at 6:30PM, with Sea Wolves taking an easy 7-1 victory against SPHS Boys U-15. In the next match, Blue Sharks defeated San Mateo F.C with a 5-3, followed by Extreme Strikers taking a 5-3 victory over The Wolf. The last match of the night saw Scorpions taking a 6-3 victory over Suicide Squad. 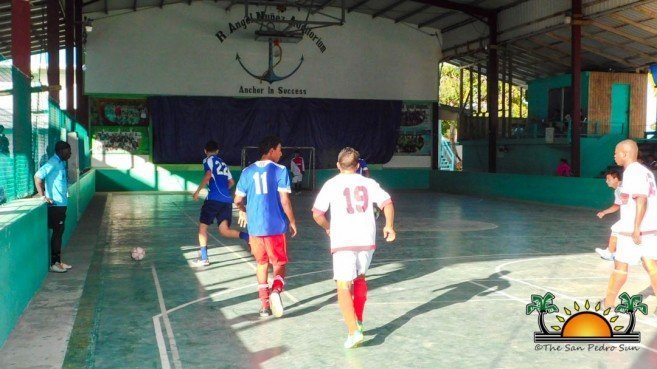 The last set of games were played on Sunday, January 6th, starting at 11AM with Terror Squad U-17 demolishing F.C. Ballers with a 9-0 score. In the next match, Damitas won 3-2 over Jas Strikers, while Caye Caulker Strikers defeated Golden Warriors 3-1. The last female match of the week saw Las Catrachas F.C. winning SPHS Girls with a 4-2 score.
The tournament continued with El Dorado winning 5-6 against Castillo’s and Captain G taking an easy 14-3 victory against Terror Squad. Los Catrachos F.C beat Capricorn with a 6-2 score. The last match of the week saw Conquerors United F.C winning 8-2 against Yolo Boys. 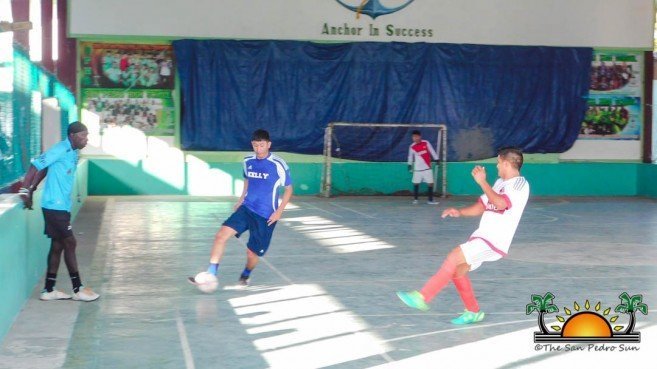 In the female category, the current standings have Las Catrachas F.C at the top of the chart with nine points, followed by Caye Caulker Strikers and Golden Warriors with six points each and Revolution and Damitas with three points each. SPHS Girls and Jas Strikers are yet to make it on the chart.
The current standings in the male U-15 category have Larubeya at the top of the chart with four points, followed by SeaWolves with three points and SPHS Boys with one point only. 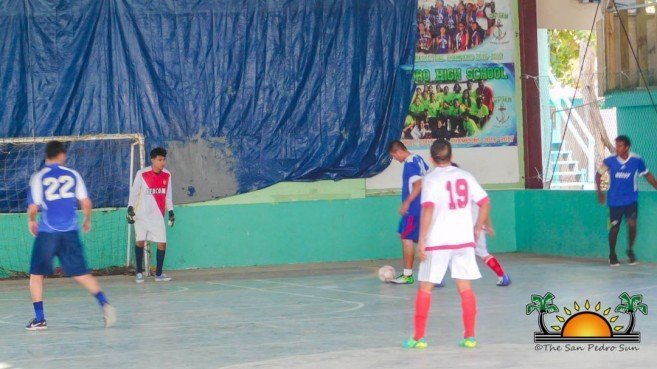 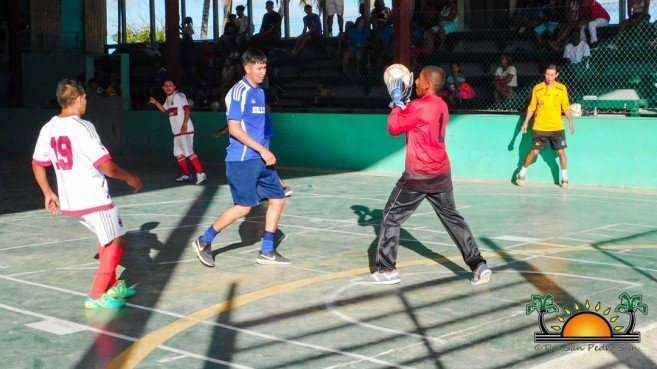 5-A-Side Football Tournament continues this weekend with games on Saturday, January 12th. The first match at 6:30PM will see Rough & Tough facing Capricorn, followed by San Mateo F.C. going against Terror Squad at 7:30PM. The next will feature Extreme Strikers taking on Castillo’s and Pro Divers versus Valley of Peace. The last match of the night will see Los Catrachos F.C going against Suicide Squad.
The football tournament continues Sunday, January 13th starting at 11AM with SPHS Girls facing Jas Strikers, followed by Las Catrachas F.C. versus Golden Warriors. They will be followed by Revolution taking on Caye Caulker Strikers. Later in the evening, Yolo Boys will face The Wolf, followed by Boca Jrs taking on Young Stars. E & L Boys will then face Blue Sharks, while Conquerors will take on El Dorado. The last match of the weekend will feature Scorpions against San Pedrito Boys. All football fanatics are invited to come out and enjoy some great football action at the SPHS Auditorium.

2012 IBL Basketball Champions to be crowned this Friday

Xcalak Championship game and Over 40 League held at Ambergris Stadium