With the aim to promote active and healthy living, a group of sports enthusiasts participated in a fitness challenge on Saturday, August 31st on the rooftop of French Kiss Restaurant. The activity was organized by American National and island resident, Real Estate veteran and former duathlete William Narod aka The Paradise Guy, along with US professional bodybuilder Melissa Pearo. The fun event challenged participants in a wide range of fitness obstacles, closing with an anticipated bodybuilder match between Paradise Guy Narod and Pearo. 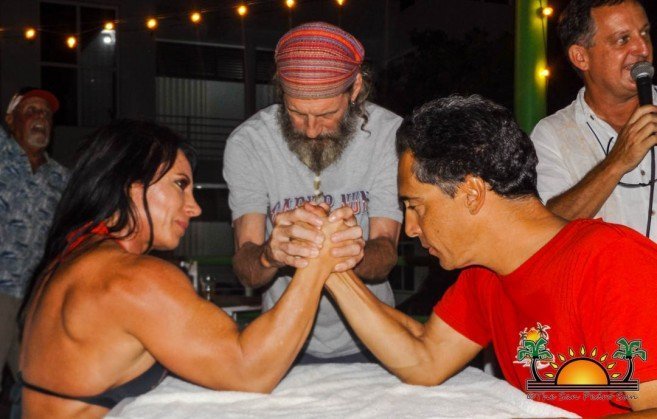 Bodybuilding has been competing in bodybuilding since 2015 and has qualified for the Physique Olympia competition in 2016, 2017, and 2018. Meanwhile, Paradise Guy Narod’s sporting profile features him as an endurance athlete, who has competed in high level sports such as duathlon consisting of running and cycling legs. He proudly represented the USA in a duathlon at the 1994 World Championship Games held in Australia. 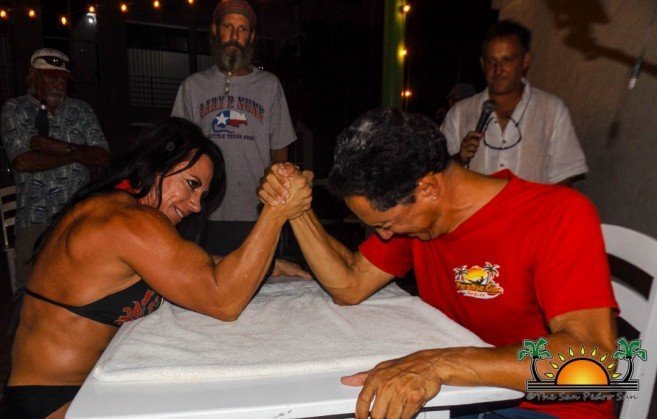 Narod moved to Belize about four years ago and noticed a keen interest in fitness. As such, he was happy for the support given to the fitness event on Saturday. Shortly after 3:30PM, the first series of activities began, starting with hula hoops followed by push-ups. During short intermissions, Narod and Pearo commended and encouraged the participants as the, continued. Next, there were pull-ups, a wall seating challenge, and drinking beer through a straw while in a plank position. There was even a Mister Physique contest, in which Pearo taught the contestants a few posing tips. Winners of each challenge obstacle received prizes for their participation. 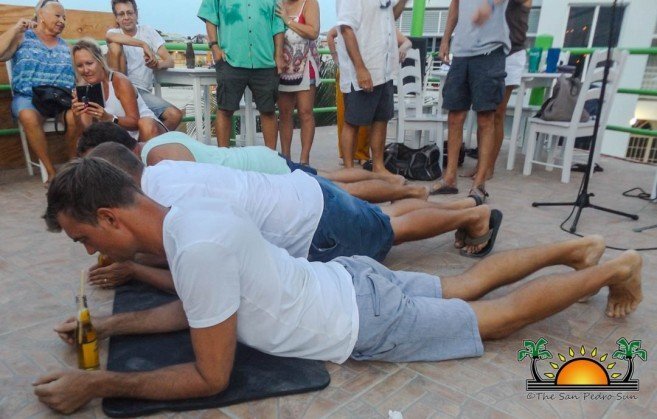 Near the end of the event, Pearo graced the floor with a series of poses, giving the audience an idea of what she does in her bodybuilding professional life. Afterward, the main act took place, and Narod and Pearo were mano –a- mano for the arm-wrestling match. In a best out of three and to the surprise of everyone, Paradise Guy Narod emerged victoriously. 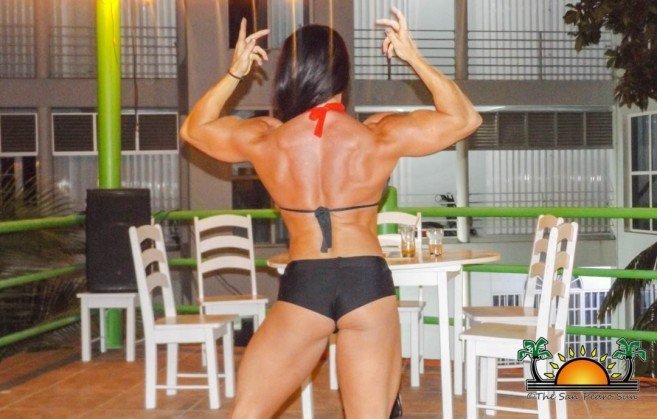 Both Narod and Pearo thanked everyone for making the event a fun activity and encourage islanders to adopt an active life engaged in sports. Pearo shared that besides bodybuilding, she is also a Software Engineer back home. She says living life as a professional sports figure and having a push-ups job is possible. “You just have to set your priorities and can do anything you want,” said Pearo. Narod reiterated the importance of practicing a healthy lifestyle, to eat well, and do some sort of exercise. He and Pearo look forward to hosting another fitness event, this time at a bigger place so more people can participate, and the message of fitness and healthy living can reach a larger audience in San Pedro Town. 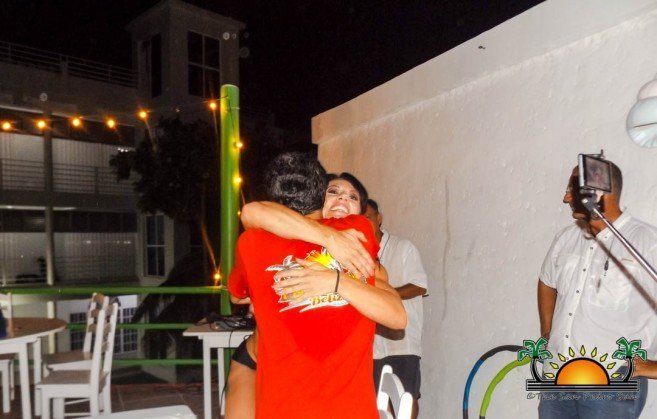