The 2015 tourism numbers are in and they show an increase of 6.2% in comparison to 2014. According to the Belize Tourism Board (BTB), the overnight tourism industry experienced record breaking numbers in 2015, leading to exponential growth in the industry. This substantial growth is being accounted to the addition of international flight routes to the Philip Goldson International Airport (PGIA). Here on Ambergris Caye, tourism stakeholders have also marked 2015 as a productive year, with a year-round influx of visitors boosting the island’s economy. 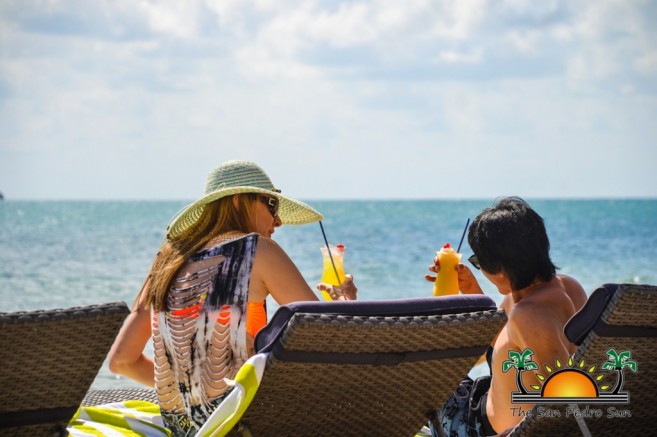 BTB indicated that despite an unsteady first and second quarter, Belize had seven straight months of arrival increases, with the highest increase figures occurring in the last four months of the year. “September to December of 2015 showed record improvements, with overnight arrivals increasing every month in comparison to last year’s figures. September had an increase of 19.3%, October 22.1%, November 33% and December 22.5% increase. November’s 33% increase is the largest ever recorded for this month, which rarely goes above a 10% increase,” explained BTB in a press release.


December 2015 alone saw 39,977 overnight visitors, which was a record high. “The month of December has historically been a busy time of year for overnight tourist traffic into Belize. It officially marks the beginning of the tourism high season, as visitors from North America vacation in the Caribbean and Central America to escape the winter weather. The number of overnight visitors in December made history with overnight arrivals approaching 40,000” said BTB.

2015 also marked the beginning of Southwest and COPA Airlines’ flights to Belize in October and December, respectively, boosting overnight arrivals through PGIA. “Since the first flight of Copa Airlines in December, South American visitors increased 50.3%, compared to 2014. Airport arrivals accounted for the majority of the overnight arrivals, with around 75.02% of the overall overnight figure. The total increase in airport arrivals for 2015 was 7%. All these factors culminated in a strong increase in visitor traffic in the latter months of the year,” said BTB. 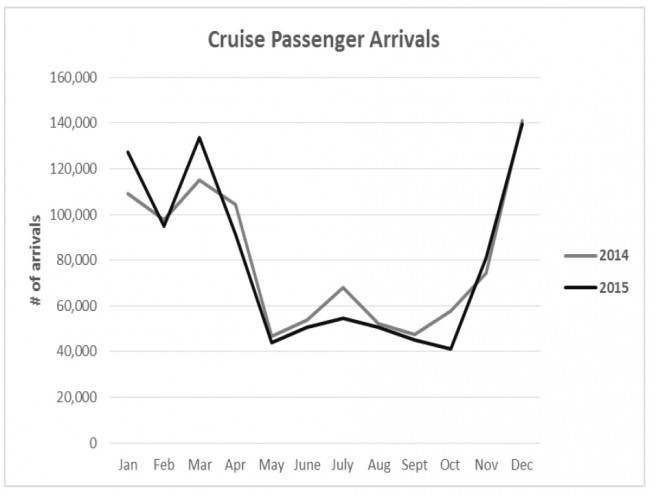 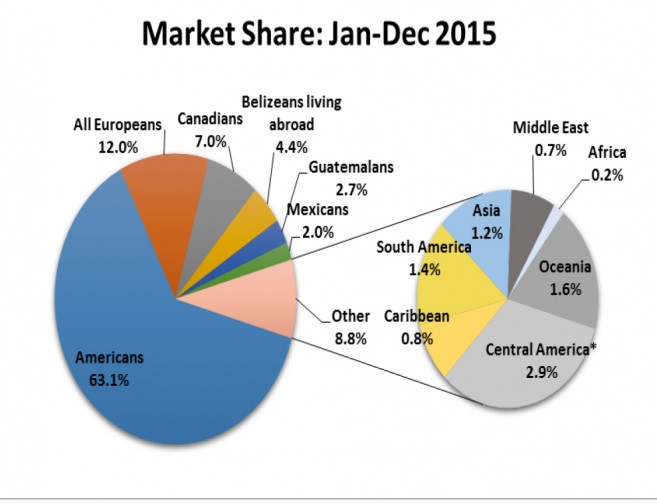 The United States of America continues to be the largest market for visitors to Belize, accounting for 63.1% of the overall arrivals. European visitors account for 12%, while Canadians account for 7%. The 2015 tourism numbers are in and they show an increase of 6.2% in comparison to 2014.