On Saturday, March 11th, American air carrier Southwest Airlines and the Belize Tourism Board (BTB) inaugurated the first non-stop flight between Denver, Colorado, USA and Belize. This new service will be seasonal, operating from Denver International Airport every Saturday from March until April 22, 2017, and then Saturdays and Sundays from June 4th through August 14th. 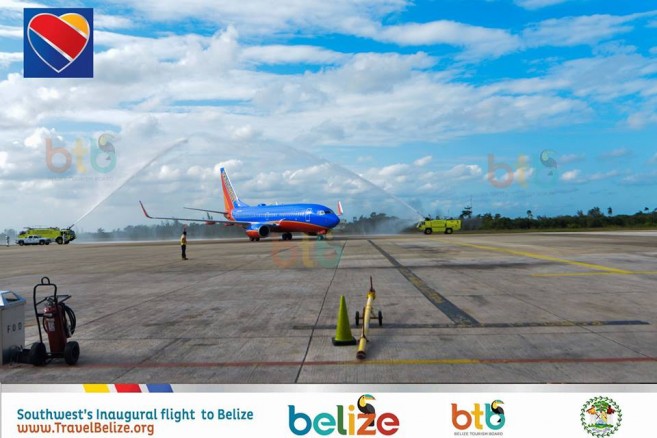 The inaugural flight was received with much fanfare, including the traditional water baptism by the Belize Fire Department. Also onsite were dancers performing folkloric dances. Southwest Representatives, BTB officials and Minister of Tourism and Civil Aviation, Honourable Manuel Heredia Jr. all gave official remarks.
“It is always a pleasure to welcome a new route to Belize,” said Heredia. “Southwest Airlines continues to show its commitment to Belize, making us more accessible to US travellers.” 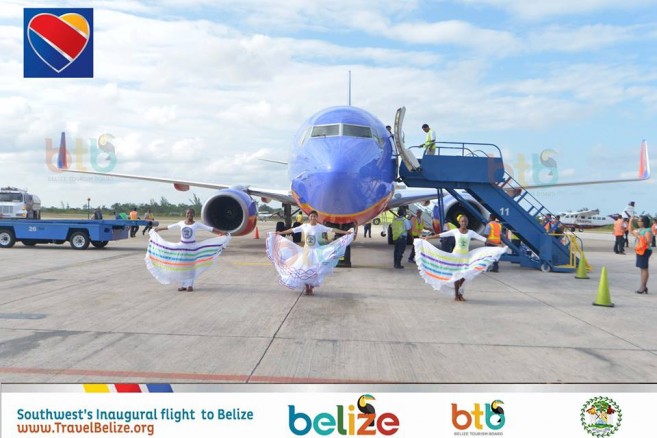 The seasonal service became a need after observing an increase in travel from Denver to Belize over the past several years. In 2016, more than 13,000 passengers travelled to Belize from Denver, and most of these travels happened between March and April.
Vice President of Government Affairs at Southwest Airlines, Jason Van Eaton stated that the new route adds to the growth of their operations at Denver International Airport. “We are pleased not only to offer our customers the only non-stop service between Denver International and Belize, but also grow our international footprint while connecting our customers with more destinations that are important to them.” 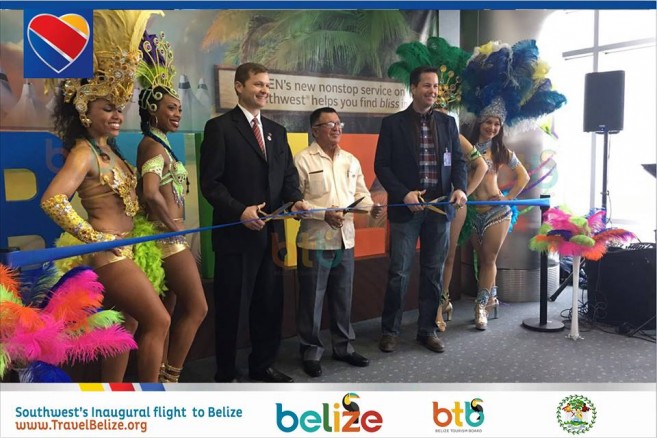 Abil Castañeda, Southwest Airlines Belize Station Manager welcomed the new flight to Belize. “Today solidifies what we can only describe as a mutual and viable alliance between our brands,” he said. “It is indeed a great honour and a proud moment for us, as we endeavour together to make our Jewel even more accessible to our visitors from the southwest and wider North American market, and of course providing a convenience to our travelling Belizean public.” 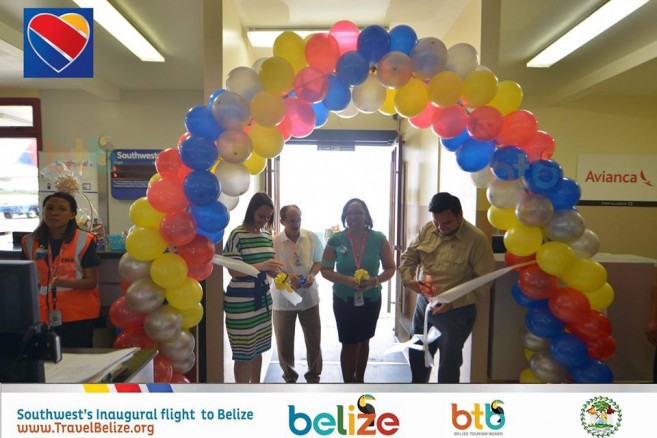 Belize welcomed 143 passengers from Denver, while 120 left in the first outbound flight back from Belize to Denver. This launch now marks the second Southwest connection to Belize after Houston. Both Texas and Colorado are top destinations in the United States for arrivals to Belize, thus, the importance of this new flight for the Belize Tourism Industry. A note of interest maintains that according to the Colorado Ocean Coalition, Colorado has more certified scuba divers per capita than anywhere else in the U.S.
Southwest Airlines will be the only carrier offering this new direct route. For more information on this flight and Southwest visit www.southwest.com