One drowns in snorkeling tragedy at Hol Chan


The San Pedro Police Department have confirmed a drowning incident that occurred on Monday, February 1st at the Hol Chan Marine Reserve. According to their report, Jeff Bartl 58-year-old American National from Minnesota, USA, was snorkeling at Hol Chan Marine Reserve when he drowned. Bartl was transported to San Pedro Dr. Otto Rodriguez San Pedro Polyclinic II, where he was pronounced dead on arrival at 10AM. Even though a postmortem examination conducted at the Karl Heusner Memorial Hospital in Belize City, ruled out the cause of death as asphyxia inhalation of fluids, it is believed that a heart attack may had led to his death. 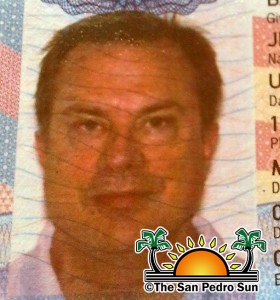 According to an official police report, Bartl along with his brother 61-year-old Clay Bartl and four other persons went on a snorkeling trip shortly after 9AM with San Pedro based company, Ambergris Divers. Tour guide, Alfredo Trejo, recounts that when they arrived to Hol Chan around 9:30AM, everything was going well and the group proceeded to get into the water. 15 minutes later, they noticed Bartl floating on the water facedown. With the help of the park rangers they put him back on the boat where CPR was applied to him, but he remained motionless and unresponsive. He was then rushed to the Polyclinic where Dr. Renae Sersland pronounced him dead upon arrival. No signs of injury were observed on the body, and foul play was ruled out.
The Belize Tourism Board (BTB) has since issued a statement regarding the incident. “The Belize Tourism Board and the entire Tourism Industry is saddened to confirm the death of tourist, Mr. Jeffrey Bartl, which occurred on February 1st 2016, while he was snorkeling at Hol Chan Marine Reserve on a tour with Ambergris Divers Belize. The 57 year old male from Minnesota was accompanied by his brother and two friends on the tour. Recent Police reports indicate post mortem death due to asphyxia inhalation of fluids. Based on reports from Hol Chan Marine Reserve, the tour guide along with park rangers responded immediately and offered CPR, then transported Mr. Bartl to San Pedro Poly Clinic, where he was pronounced dead on arrival at 10AM Belize Tourism Board extends deep and heartfelt sympathies to the family and friends of Jeffrey Bartl,” stated BTB.
Police are now investigating whether proper protocol and regulations were followed by the tour company prior and throughout the snorkeling trip.