Early on Saturday, January 21st, a fire destroyed a small structure used as a carpentry shop located in an empty lot between two houses in the San Marcos subdivision, south of San Pedro Town. The San Pedro Fire Department (SPFD) responded quick to the incident and extinguished the blaze without difficulties. No injuries were reported.

According to reports provided to members of the Fire Department, neighbours heard a loud sound early in the morning and a few minutes after they noticed smoke coming out from a carpentry shop. The SPFD arrived quickly on the scene around 7:30AM. According to the official report, the structure was engulfed in flames and even though the fire was quickly extinguished, the building was still destroyed. 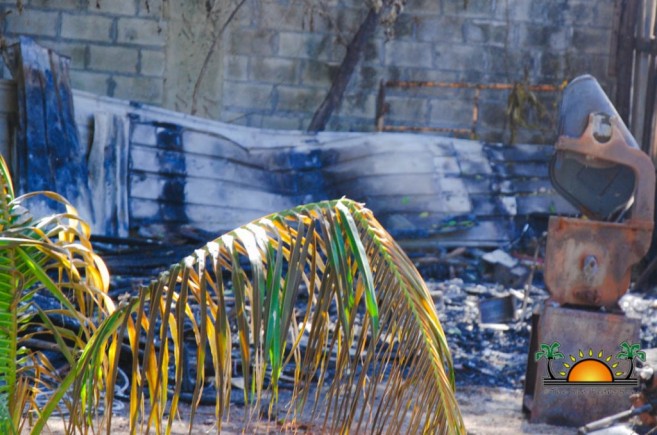 No damage was reported to any nearby homes. According to fire-fighters, the owners of the shop managed to save a few items and tools before it was too late. 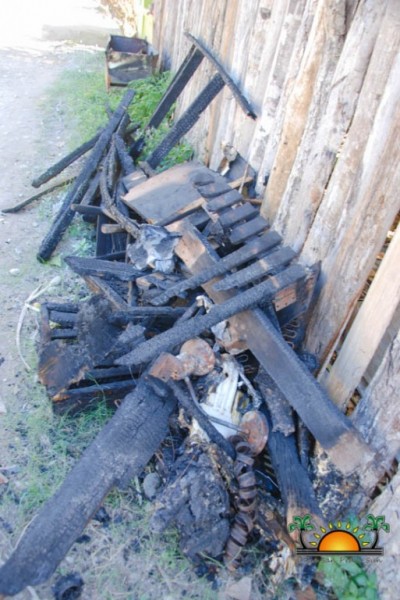 The SPFD are not certain as to what may have caused the fire, and has since launched an investigation surrounding the incident.