« Older: Woman attacked by crocodile south of San Pedro Town
Newer: » DOE to evaluate damages after catamaran runs aground on the reef


A family in the Boca del Rio Area is homeless after a fire ravaged their home on Saturday, September 14th. 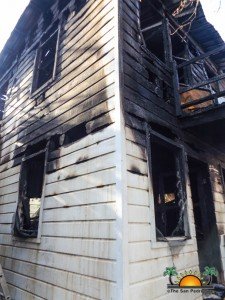 The incident began shortly after 6AM, while the occupants in the home were still asleep. The San Pedro Fire Department was able to contain the blaze from spreading to nearby homes, and although no one was injured, the structure and the contents inside could not be saved.

Investigations revealed that the fire began from the ground floor and is believed to be linked to an electrical outlet where a cell-phone had been left charging. According to an official report, the fire took place around 6:20AM at the two-story wooden house. When firefighters arrived, the structure was engulfed in flames, but after a few minutes, they managed to contain the blaze before it could spread to nearby homes.

One of the occupants of the building told authorities that the smell of smoke woke them up. He reported smelling smoke and observed his mattress in flames. He also reported that he had left his cell phone near the mattress to charge. The electrical fire quickly engulfed the room, spreading to other rooms on the top floor. According to witnesses, one of the persons inside the house had to jump out from a window, because the only exit had been compromised. 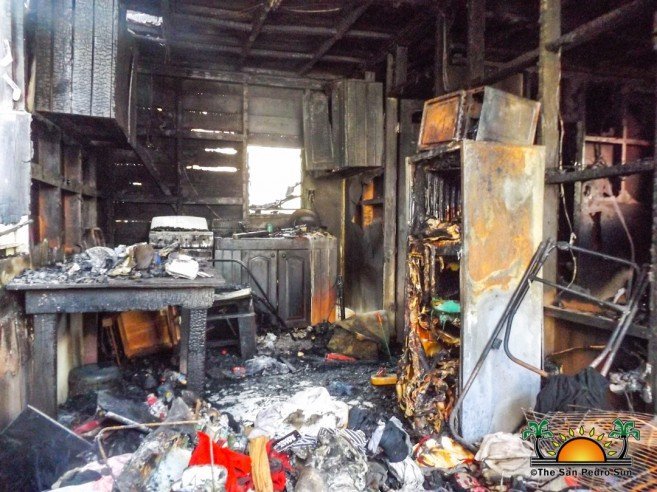 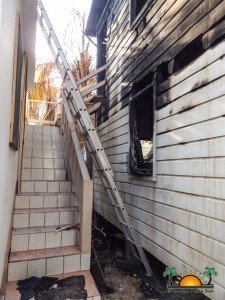 The San Pedro Sun spoke with Irving Olivera, who was residing in the upper floor of the house. He said that the fire was so fierce that there was nothing he could do. The tiles on the floor around him caved in injuring one of his foot. “There was no time to save anything; it’s really rough,” he said. Oliva is asking for help as he has a family to look after. He has received assistance from the National Emergency Management Organization but will appreciate any help. He can be reached at 602-0721.

Belonging to 54-year-old Mino Martinez, the property was not insured. 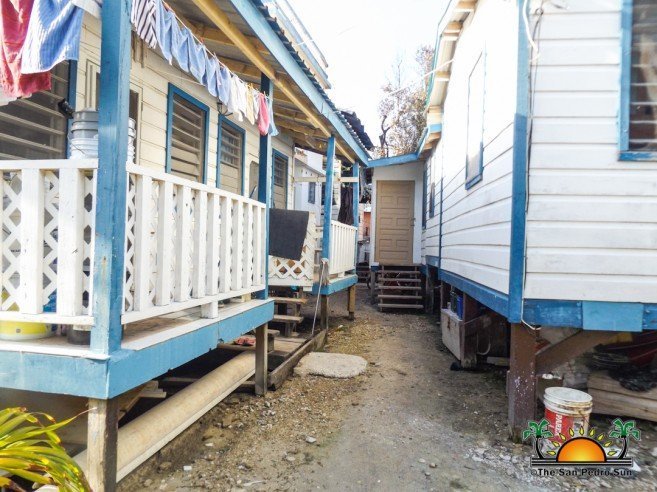 Authorities are concerned over the congestion in the area, alleging that homes are built too close to each other, making it a fire hazard.