The construction industry on Ambergris Caye is considered a reflection of the growth of the tourism industry with the development of building projects or the expansion of existing establishments across the island. It is required by law that these constructions/expansions adhere to safety building regulations, which range from environmental concerns to health and even fire. When clearing new projects on the island from becoming a fire hazard, the San Pedro Fire Department (SPFD) has been busy trying to get everyone to abide by their regulations. As a result, some of their precautionary interventions have ended up at the San Pedro Magistrate Court. 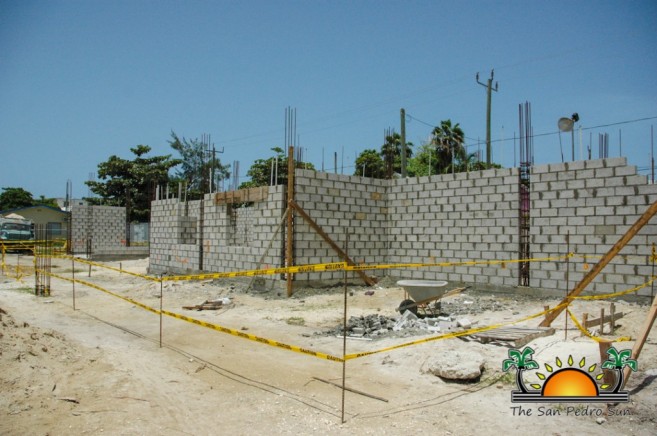 One case heard at Magistrate Deborah Rogers’ courtroom on the island involved a stop order against a construction project issued by the SPFD. The issue began on August 22nd, when after inspecting a structure under construction irregularities were noticed, and the structure deemed a fire hazard. The SPFD reportedly issued a stop order, and when the construction continued without compliance, the matter ended up in court.
On Wednesday, September 11th, for unknown reasons, the SPFD withdrew their complaint, and the case was dismissed. It is unclear what led to such decision, but it is alleged that political interference may have played a role in the department’s abrupt withdrawal from the case.
During the court session, allegations were brought up as to why there was no case. The defence claimed that SPFD did not have jurisdiction to issue ‘Stop Orders’ but can only give ‘Notice Orders.’ According to the allegations presented, the Fire Chief may issue a notice identifying the irregularities and suggest changes are made within a time frame but cannot stop the construction/project. If there is no compliance, they can apply to the court for the property to be vacated.
This was referred in the National Fire Service Act under Section 18 (1) which states that: ‘The Fire Chief may in writing, if he is of the opinion that the condition of any specified building, public premises or any building used for business constitutes or is likely to constitute a hazard, serve a notice on the occupier or owner of such building, requiring the occupier or owner, within such period as may be specified in the notice, to carry out such work on the building as may be specified in the notice, or to take such other action as may be required in order to render the building safe from fire in order to protect life and property.’
In reference to whether the fire department can stop a project upon failure to comply, Sub-section (6) of this Act explains that: ‘Where a person fails to comply with the requirements of this section, the Fire Chief may, without prejudice to any penalties provided for such failure under subsection (5) of this section, close the building down and apply to the District Court of the judicial district where the property is situated, for an order for such property to be vacated and kept closed down until such time as the work or other action specified in the notice is carried out on the property.’
In speaking with the Central Building Authority (CBA) on whether the SPFD was right to issue a ‘Stop Order,’ they agreed that given the circumstances of the situation, they could shut down a project until the amendments required are complete. However, they explained that only an inspector from CBA or the local building unit could seek a closure order. According to the Belize Building Act, Section 35 (1) ‘Where an owner or occupier on whom a notice is served fails to comply with the terms of the notice within the prescribed period, the Director may, in addition to other proceedings, apply to the Court for a Closure Order.’
CBA indicated that perhaps the terminology used when taking the matter to court was not an adequate one. However, they stated that the fire department does have the power to intervene in a construction project if it is not following the required regulations.
Ambergris Caye has had its share of fires in the past and preventing future blazes is one of SPFD’s commitments. Some of the most devastating fires on the island include the August 2013 inferno that destroyed the iconic Ramon’s Village Beach Resort. Three years later in June 2016, a large section of downtown San Pedro was gutted by a large fire that quickly spread in a crowded section of Pescador Drive, destroying over ten structures and leaving 88 island residents homeless. 2018 saw two massive fires, with one being the most tragic after leaving fatalities. In June, a two-story home in the Escalante Area south of San Pedro went up in flames, trapping and killing a mother with two teenagers and a young child. In August of that same year, another blaze, this time in the Boca del Rio area, destroyed six homes, leaving dozens homeless.
While most of these tragedies have been attributed to electrical circuits, the fact is that many of these areas were known to have structures built too close to each other. It is believed that proper housing planning and safety measures were allegedly not followed at the time of construction.