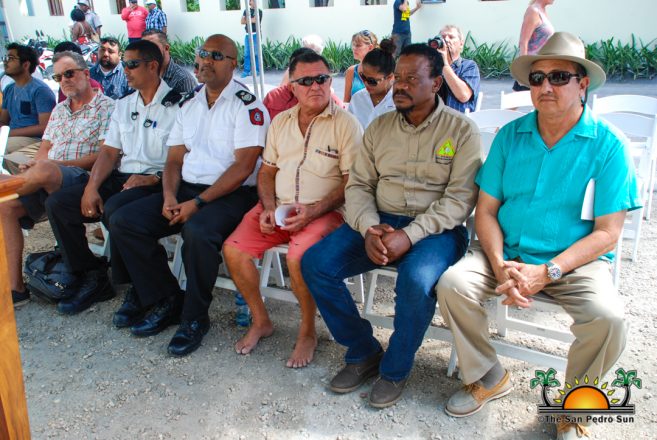 The ceremony began after 10AM at the fire department grounds on Pescador Drive, with the singing of the National Anthem. Following an invocation by Pastor Clive Welsh, Master of Ceremonies Jorge Aldana passed the microphone to Mayor Guerrero for his welcome address. He recalled the tragic fires in the past that caused massive destruction on the island, including the loss of human lives. “At that time, I promised that I was going to work hard in trying to get more fire trucks for the island,” Guerrero said. “We started with Digi Belize, the Rotary Club and now with the private sector, Casa de la Caye Villas.” Guerrero described the occasion as historic for San Pedro. “This is a good Christmas gift for the community and they can now sleep better knowing that there are enough trucks for any fire emergency,” he said. Guerrero took the opportunity to ask Minister Castro for additional personnel for the fire department and said that one of the trucks will be stationed south of San Pedro, while the other one in the northern side of the island. “We need to work on building shelters for the vehicles and have security to look after the trucks while we get more firemen,” Guerrero said. He asked for the assistance of the neighborhood watches located north and south of downtown San Pedro to assist in taking care of these fire trucks. 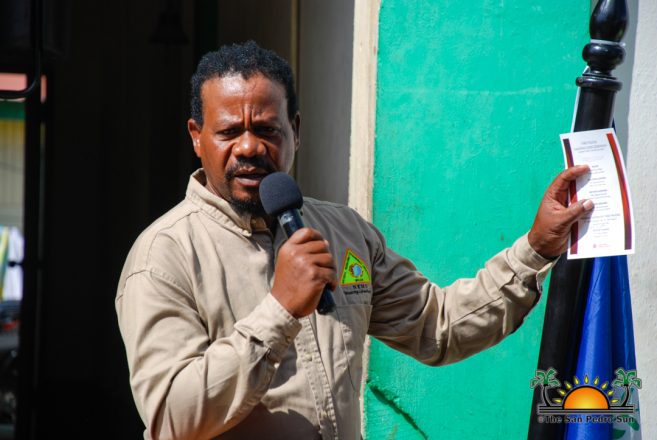 Area Representative Minister Heredia thanked Casa de la Caye Villas for the donation and commended the efforts of Mayor Guerrero, who along with him played a role in the lobbying for the trucks. He agreed with the petition for an increase of firemen on the island. “I think this comes at a perfect time when the ministries are preparing their budgets for the Ministry of Finance, and I want to say Minister Castro will have my support if he asks for an increase in his budget to get more firemen,” said Heredia.
Castro was happy to be on the island witnessing the addition of two more fire trucks for the local fire department. “We hope to find a suitable location on the north and south of the island where these trucks will be based, and we look forward to fewer fire incidents as the island is now more prepared to respond to these types of incidents,” said Castro. He also promised the hiring of more firemen and a training program for volunteers. “We are thinking about new recruitment in January or February of 2020, but also we would like the fire chief on the island to institute a training so we can have more volunteer firefighters,” Castro said that the more trained people are there available in times of a fire, the easier it will be to deal with one of those incidents. 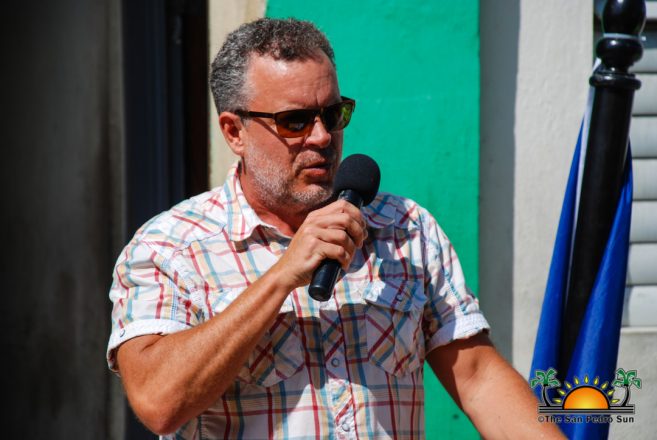 The ribbon-cutting ceremony followed with a representative of Casa de la Caye Villas, Rich Scott, officially handing over the fire truck keys to the San Pedro Fire Department. He shared that they are very happy to be able to assist with the community with such an important donation. Assistant Fire Chief of the National Fire Service Benisford Matura delivered the vote of thanks, acknowledging Casa de la Caye Villas for their significant contribution to the local fire department on the island.
The two trucks were acquired in Vancouver, Western Canada and transported to a port on the east coast, from where they were then shipped to Belize. The cost of the trucks including the transportation added to $BZ560,000. The trucks are fully refurbished and have 400-gallon water tanks. The trucks did not bring any additional gear such as hoses. According to Matura, his department will equip the trucks with the necessary hoses and other gear needed. 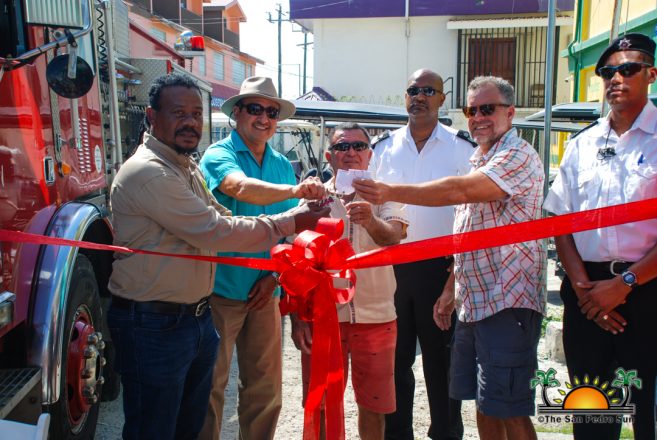 Fire incidents have long been an issue on Ambergris Caye. One of the most devastating fires occurred on June 12, 2018, in the Escalante sub-division, claiming the lives of four members of the Bacab and Nuñez family. On August 4th, of that same year, a massive fire in Boca del Rio left many island residents homeless. Fortunately, everyone survived the blaze, but ten homes were destroyed during the fire that raged for more than three hours before it could be contained. Even though water surrounds the area, the fire department was unable to prevent the inferno from destroying everything in its path.
With the donation of these additional fire trucks, San Pedro is now considered one of the most equipped municipalities in the country after Belize City.