A barge transporting equipment and other items, such as golf carts, sank off the southern tip of Ambergris Caye on Saturday, December 24th, around 10PM. An investigation is underway to determine the cause of the sinking; meanwhile, the area has been marked by buoys to caution other boats traveling through the site. 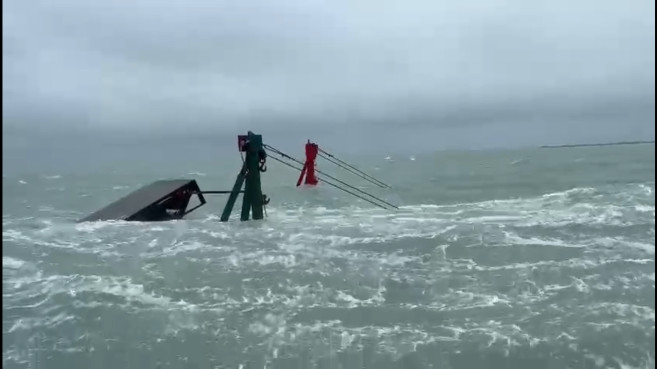 The Belize Port Authority was contacted as they reportedly will carry on the investigation. The Sun was told the person in charge of such an investigation was not in the office and would be available after the holidays. 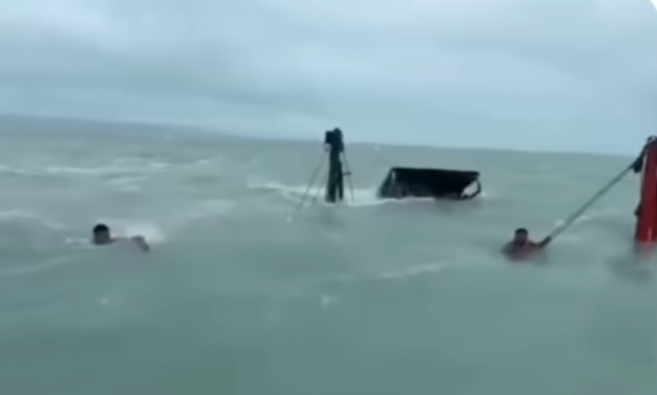 According to unofficial reports, when the barge went down on Saturday night, it was loaded with a flatbed truck with lumber and steel, pallets of repair parts, a trailer full of furniture, and 12 brand-new golf carts for a hotel on the island. Witnesses of the accident said no one was injured in the ordeal. The tugboat had to release the barge as it sank and transported the employees to San Pedro Town. They said they tried to contact Port Authority when the incident occurred without any luck. 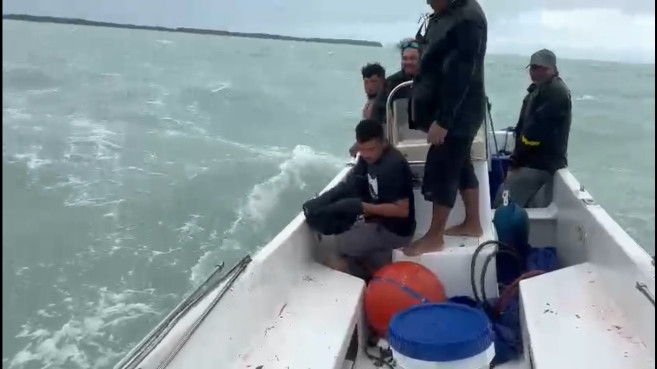 The crew returned the following day to set the safety buoys in a rough sea caused by a cold front.
Currently, another barge with a crane is reportedly onsite trying to retrieve equipment and other items from the sunken barge. It is unknown whether insurance will cover the loss and damages.