« Older: Caribbean Villas going above and beyond for employees during pandemic
Newer: » San Mateo residents ask local authorities to address dire street conditions and ongoing use of garbage for landfill


On September 10th, Belizeans home and abroad celebrated the 222nd Anniversary of the Battle of St. George’s Caye in a most unusual way. In San Pedro Town, Ambergris Caye, there were no uniform parades, no presentation of a recently elected Miss San Pedro, or any public celebration as is customary. Instead, the streets were empty, and the local government simply posted online messages to observe the patriotic holiday.

In previous years, San Pedro would be see islanders proudly celebrating the Battle of St. George’s Caye, which is considered the foundation of Belize. A short but significant historical event that saw the brave early settlers (British) known as the Baymen resisting a Spanish aggression on the 10th of September 1798. The Spanish Armada was unable to expel the Baymen, thus paving the way for the English Colony known as British Honduras, and eventually the independent country of Belize.

Official Ceremony Commemorating the 222nd Anniversary of the Battle of St. George's Caye

The main activities for the day took place in Belize City, where a virtual ceremony took place at the Governor General’s residence. The event included the presence of the Belize Defence Force, who welcomed special invited guests such as the prime minister Right Honourable Dean Barrow, Mayor of Belize City Bernard Wagner, the United Democratic Party’s new leader Honourable Patrick Faber, representatives of the Opposition and Governor General Sir Colville Young. Following the formalities of the event, which included speeches, the coronation of the newly selected Queen of the Bay Myrian Sibrian took place. Cultural entertainment by Jankunu Productionz followed. 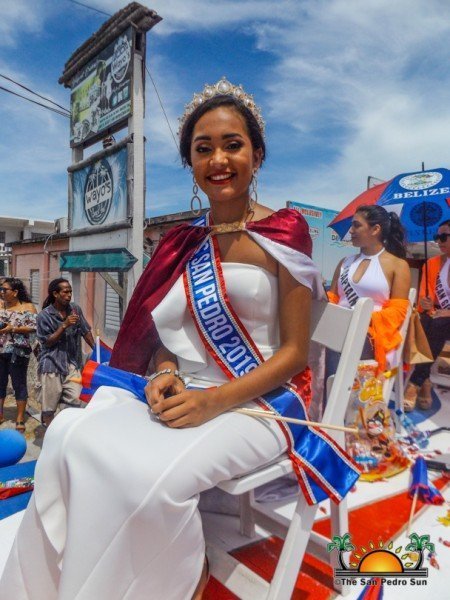 On Ambergris Caye, no public events were registered, but Mayor Daniel Guerrero and Area Representative Honourable Manuel Heredia Jr. made online addresses to observe the occasion. They asked islanders to unite to overcome adversities like our forefathers did at St. George’s Caye over 200 years ago. Unity, perseverance and strength are needed over all obstacles, in particular the invisible enemy-COVID-19.

In addition, Litzy Castillo’s reign as Miss San Pedro was extended, as there was no pageant this year. Castillo said she humbly accepted the extension to keep her crown and took the opportunity to congratulate all Belizeans on this special day. She asked island residents to stay strong, to work together to achieve their goals and stay safe during this pandemic.

The next patriotic celebration will be on Monday, September 21st, when the country celebrates its 39th anniversary of independence.