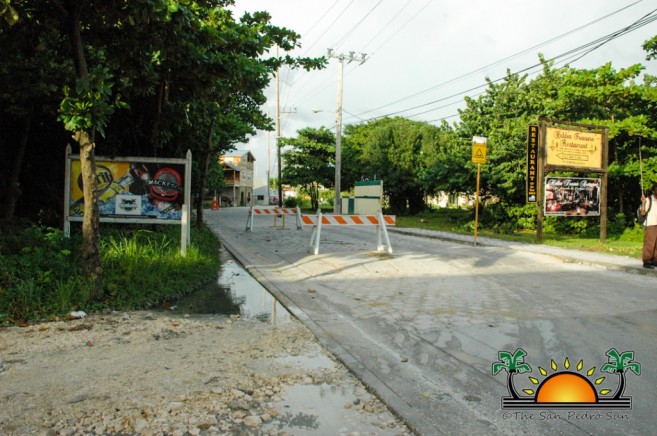 Residents in the Escalante Area of San Pedro Town have expressed concerns over a broken sewer pipe managed by Belize Water Services Limited. Residents are complaining that since Sunday November 10th, the community sewer waste has been pouring out into the street, exposing them to excrement, bad smells and a definite health risk.

Also joining the residents in expressing concern was Consolidated Water Belize Limited. “Evidently there was/has been a sewage leak, starting in the Escalante Area and bubbling up onto the street adjacent to the Sugar Caye entrance for days. It may have been finally stopped yesterday (Tuesday November 12th). Unbelievably, I was not informed by anyone and learned through the rumor mill. This river of e-coli discharged into the lagoon within yards of the wells used to supply the Island’s drinking water. Fortunately, bacteria cannot survive our treatment process unless something goes wrong, and nothing went wrong. Hundreds of people, (including school children), walked, bicycled and drove open golf carts through this river of e-coli unknowingly. This is unacceptable,” said a letter from Dee Dillon, General Manager of Consolidated Water Belize Limited.

San Pedro Town Mayor Daniel Guerrero, confirmed to The San Pedro Sun that he was made aware of the situation and that BWS was immediately contacted. According to the Mayor, he also brought up the issue with Keith Hardwick of BWS, following a meeting in Belize City on Tuesday November 12th.

In a statement from BWS, the company said that they were made aware of the situation on November 10th and immediately dispatched personnel to the area. “Our investigations revealed that this was caused by the collapse of a man hole which caused blockage of the pipeline resulting in some seepage on the street in the Escalante Area. The blockage and overflow was immediately cleared and the area disinfected and the crew has diligently continued works to ensure the repair of the damaged sewer man hole,” said the statement. 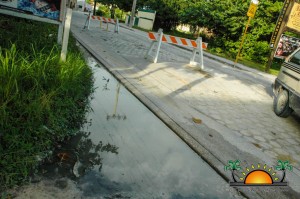 “San Pedro residents should note that this isolated problem poses no danger to the potable water supply to the citizenry of the Island. It is unfortunate that faults do occur from time to time; however, the sewerage system is designed with overflow bypasses to prevent or minimize such overflows,” added the statement. BWS who took the opportunity apologize to its San Pedro Town costumers.

Mayor Guerrero said that the matter was reported to the Public Health Inspector and also added that as soon BWS completes repair on its faulty sewer line, works will commence to replace the damaged cobble stone with concrete slabs.

The Harmonious voices of the San Pedro choir4 Photos