As of Sunday, July 1st, Belizeans can expect an increase in their electricity bills as the Public Utilities Commission (PUC) granted Belize Electricity Limited (BEL) a 6.24 % average increase in the Mean Electricity Rate. This represents .39 cents increase per kilowatt-hour through June 2020.

This is the PUC’s final decision in respect of the 2018 Annual Full Tariff Review Proceedings (TRP) for which BEL made submissions in April. The electricity company had asked for an average rate of 39.25 cents over the two year period, but in May, the Commission only approved an average rate of 38.62 cents. BEL objected and an independent expert, Ian McMillan was appointed to review the initial decision and make recommendations for the determination of regulated values, tariffs, fees and charges that were included in the PUC’s final decision. 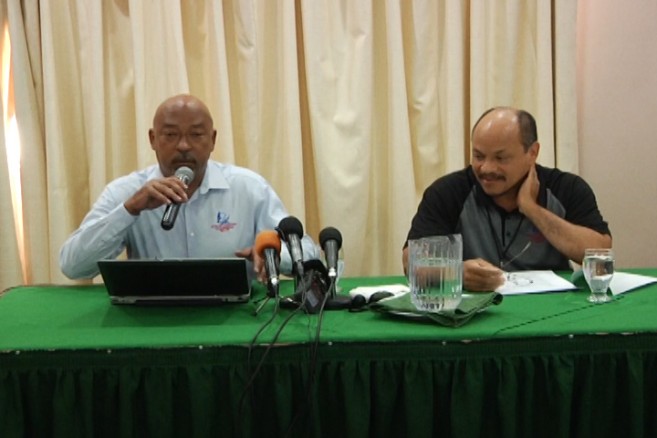 The decision was announced during a press conference on Friday, June 29th. Chairman of the PUC, John Avery, explained how the decision came to be. “The expert basically disagreed with BEL in several of their objections … [he suggested] that perhaps the PUC may consider making some changes in the way the rates are calculated and dealt with in the next full tariff period which will start 2020.” Avery further explained that the PUC accepted most of the expert’s recommendations, adding that the PUC had intended to undertake several of those recommendations already. “The PUC …intended to tweak the setting methodology…to try to enhance it and to change the way in which BEL makes it submission so that we have better information to ultimately make better decisions. We didn’t make any adjustment to the OPEX (Operating Expenses), however the adjustment to the RAV (Regulated Asset Value) affected the depreciation – the return – it affected the corrections and with the increase in cost of power, all of these basically resulted in a slight increase the approved rates [when] compared to the initial decision.” Avery was referring to the initial 4.41% increase which increased to 6.24% upon final approval.

He further stated that the Commission is satisfied that the decision is fair to consumers and the supplier. “The role of the PUC is to strike a fair and reasonable balance between consumers and the licensees. So really, when we are setting a rate, what we are looking for is a fair rate and I would say we can perhaps improve, but we try our best and so we really believe that customers aren’t being gouged,” said Avery. “There can be better decision making and planning…we will be engaging BEL over the next few months and you may see completely new type of submissions and rate setting – well not a completely new, but a revised rate setting process for the 2019 annual review procedure.”

Many Belizeans are concerned that with this 6.24% increase, many household electric bills may pass the $100 threshold, and thus fall under the General Sales Tax (GST) bracket. In the 2017-2018 budget presentation, the Government of Belize (GOB) stated that Belizeans whose electricity bills exceed $100 will have to pay 12.5% GST on their monthly bills. Ultimately, with this next approved increase by the PUC, households who may be struggling with the higher cost of living are looking at an 18.74% (12.5% GST + 6.24% PUC approved rate increase) increase once the $100 threshold has been surpassed.