On December 28, 2018, the Government of Belize (GOB) expressed strong objections to the recent decision by the Public Utilities Commission (PUC) to approve a request from Belize Electricity Limited (BEL) for an increase in electricity rates. GOB objects to the approval of half a cent more than originally requested. 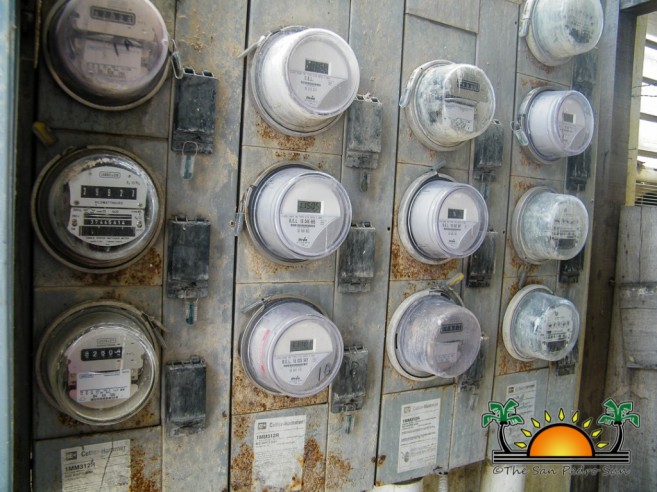 On December 10, 2018, BEL wrote to the PUC to notify them that due to significant increases in the cost of power as of May 2018, the company is proposing an increase to the Mean Electricity Rate to 41.5 cents per Kilowatt hour (KWH) for the remainder of the Annual Tariff Period from January 1, 2018 to June 30, 2019. The PUC not only approved the increase but also granted BEL an extra half a cent, taking the mean electricity rate to .42 cents per KWH. According to BEL, higher prices from Mexico and below average production by local hydro plants increased the cost of power purchased from suppliers. They were able to use its strong financial position to temporarily absorb this $18.9 million increase in the cost of power. As per PUC regulations, BEL is required to apply to recover this increase through an adjustment to the tariff.
The GOB says that it recognizes and respects the independence of the PUC, but as the largest consumer of electricity in Belize, the GOB does not take lightly any increase in rates. While the PUC has cited errors in BEL’s calculations, GOB strongly encourages the PUC to reconsider its decision and approve the increase of 41.5 cents and not .42 cents per KWH.
GOB confirms that an official objection will be submitted, and it anticipates a positive review and final decision by the PUC. “Anyone may submit objections to the draft decision of the PUC within the prescribed period – the PUC may, on receipt of such objection, cause their draft decision to be reviewed,” stated the GOB.
The Ministry of Energy and Public Utilities CEO, Dr. Peter Allen also wrote to PUC Chairman, John Avery, reinforcing the Government’s position. At a press conference on December 28, 2018, Avery stated that even with the increase, electricity rates would still be cheaper than in previous years. The rate, however, does not include the 12.5% General Sales Tax (GST) that applies. Avery advised consumers to conserve as much power as possible to keep electricity bills low, especially during the day when the price from our supplier in Mexico might be at its highest.
“In the past, when BEL got excess revenues, at the first opportunity the commission rebated those excess revenues back to consumers. The increase represents a 6.9% general increase. So, if you’re 10% below, it shouldn’t affect you. But if you’re just at that threshold, then it does affect you. The best advice we can give to consumers at this stage in something like that is to try to conserve as much power as possible. If people would consume less power then that’s less high-cost power that BEL must purchase,” said Avery.
While the government is trying to stop, or at least delay this rate increase, the opposition party the People’s United Party (PUP) is not impressed. In a press release issued on December 31, 2018, they call it all one big sham. “The PUP rejects with extreme prejudice, the duplicitous and ludicrous game being played by BEL and the PUC. On the one hand, BEL asked for a raise in electricity rates; it’s the second in six months. The PUC decided that BEL asked for too little and so they ‘gifted’ them with more than what they asked for. If that wasn’t ridiculous enough, GOB then stepped in and asked the PUC to please revisit its ‘gift’ to BEL. Then we hear that GOB further asked the PUC to hold back any increase at all for the next six months. The simple fact of the matter, disregarding the smoke and mirrors trick, is that the Prime Minister, who is the head of Government, controls both BEL and the PUC. The Boards of both these entities serve at the whim of the Prime Minister.” They added, “The reason for this bizarre game of misdirection is simply that Mr. Barrow is fully aware that Belizeans are fed up of the increased cost of living. In just the past year, he added GST to electricity bills of $100 and above. Then there was an increase in electricity rates. And now another increase! The Prime Minister is attempting, in very lame fashion, to pass GOB off as the hero in this charade, with the PUC being the villain.”
Residents of Ambergris Caye are concerned with this increase. One told The San Pedro Sun that the 41.5 cents per KWH was already a high increase, so for the PUC to go ahead and not only approve it but a half cents more is unacceptable. “That’s too much, so should we expect to be paying hundreds of dollars for electricity every end of the month, now?” asked the resident.
In its submission, the BEL stated that the PUC’s new negotiations are underway to secure fewer volatile prices from Mexico’s Comision Federal de Electricidad that are typically lower than prices from local suppliers, as was the case during 2013 to 2017.
On July 1, 2018, Belizeans experienced an increase in their electricity bills as the PUC granted BEL a 6.24 % average increase in the Mean Electricity Rate. This represented .39 cents increase per KWH through June 2020. They stated that this was the PUC’s final decision in respect of the 2018 Annual Full Tariff Review Proceedings (TRP) for which BEL made submissions in April. The electricity company had asked for an average rate of 39.25 cents over the two years, but in May 2018, the Commission only approved an average rate of 38.62 cents
Belizeans are hoping that the PUC hears GOB’s objections.

More on Community and Society
Who dat?