Belizeans should expect their next electricity bill to reflect lower rates that came into effect on January 1, 2021. The reduced electricity rate, under 2.9%, was approved by the Public Utilities Commission (PUC) and will be in effect until June 30, 2024.

The announcement was made official on Thursday, January 14th, when Belize Electricity Limited (BEL) posted the new rates online. The new rates are as follow: 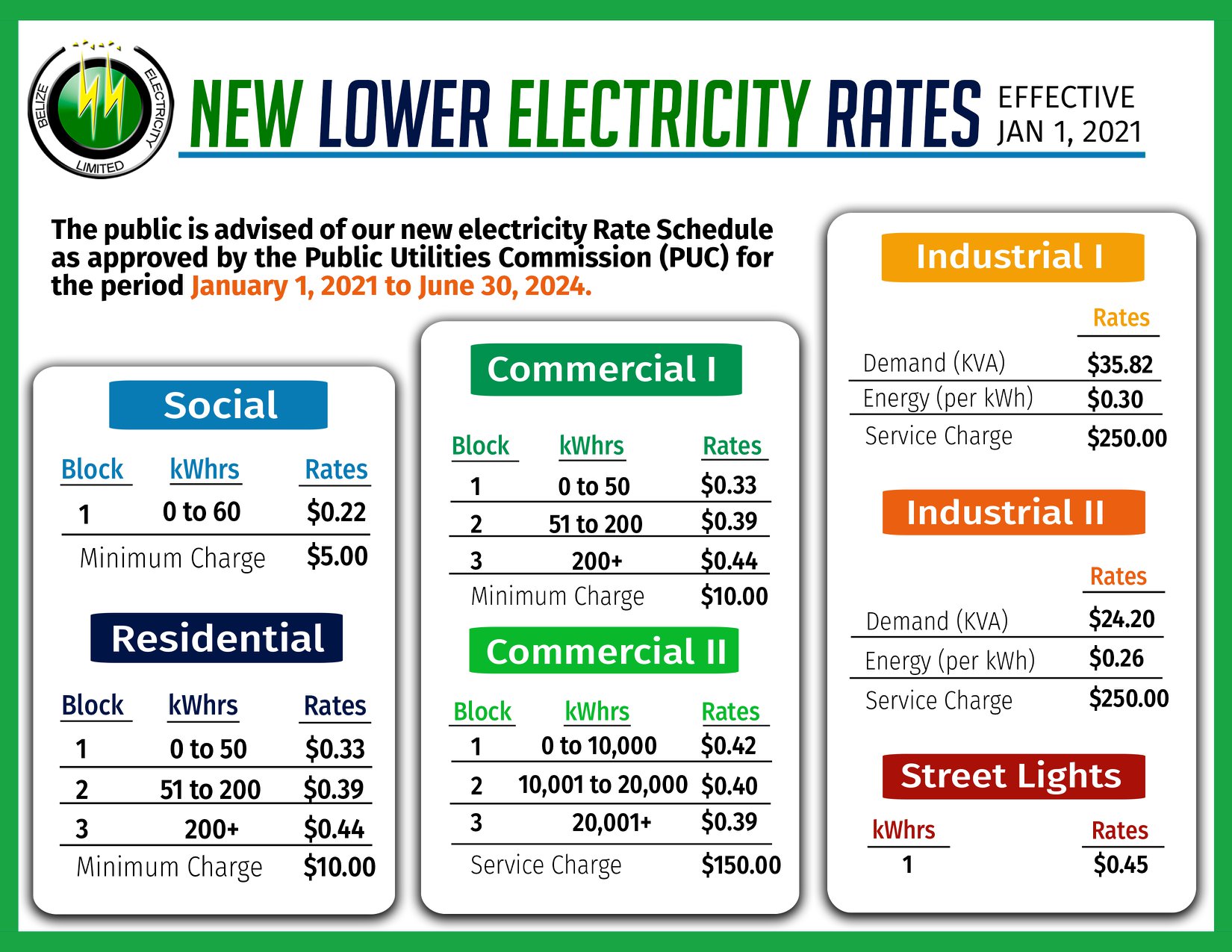 However, by March 2020, the PUC indicated they were not supporting BEL’s request. The proceedings with the negotiations came to a stall due to COVID-19 and re-started in July of that year. BEL attempted to submit a new application, which was denied. The proceedings concluded in October with a final decision to reduce the electricity rates. They agreed on a decrease of 1.19 cents from the 41.51 cents per kilowatt-hour.

In the end, COVID-19 played a significant role in the PUC, agreeing to lower rates after considering the impact of the pandemic. BEL, however, emphasized that low rates can only be permanently guaranteed when investments are made in local energy producers.