Another luxurious beach resort under the Marriott’s Hotel signature brand is coming to San Pedro Town, Ambergris Caye. On Friday, January 14th, a ground-breaking ceremony took place at the site where the Belize Marriott Residences Ambergris Caye will stand. The project calls for an over 200-unit hotel, branded residences, and conference facilities, among other top-notch amenities for its guests. 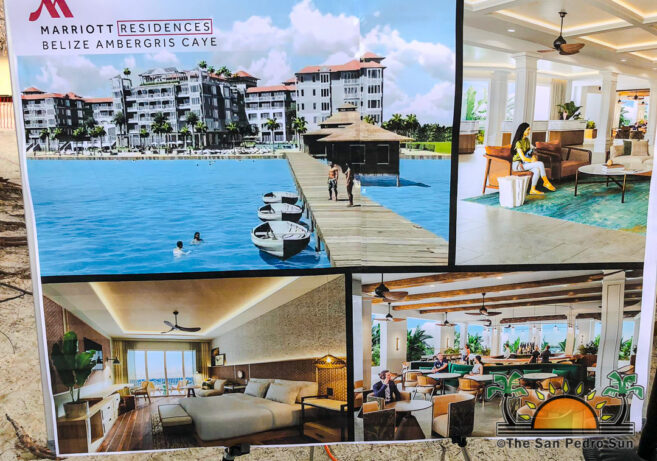 The prime beachfront resort is funded by an investment of US$50 million made possible through the efforts of ECI Development Group headed by Chief Executive Officer Michael K. Cobb and co-founder and attorney Joel Nagel. The beachfront hotel is scheduled to open in December of 2023. According to the developers, only 40% or just 70 units will be available for private ownership, while ECI Development will own the remainder. The resort will count with three food and beverage outlets and a large conference room to accommodate approximately 150 persons, opening more options to host conferences on the island. 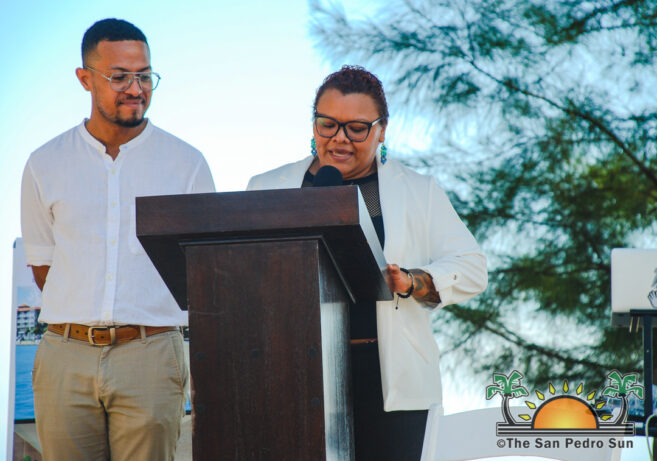 During the formalities of the event hosted by Michael Kale Fuller and content writer Mary Rodriguez, which started shortly after 3PM, Cobb shared the benefits of the Marriott brand. “The Marriott brand is powerful because it pulls people’s attention to a destination, and that is this island that is this country of Belize,” he said. Cobb added that the Marriott Corporation understands how to train staff. Employment is a significant benefit for Belizeans, with plenty of hotel taxes going to the government and good exposure for the country. 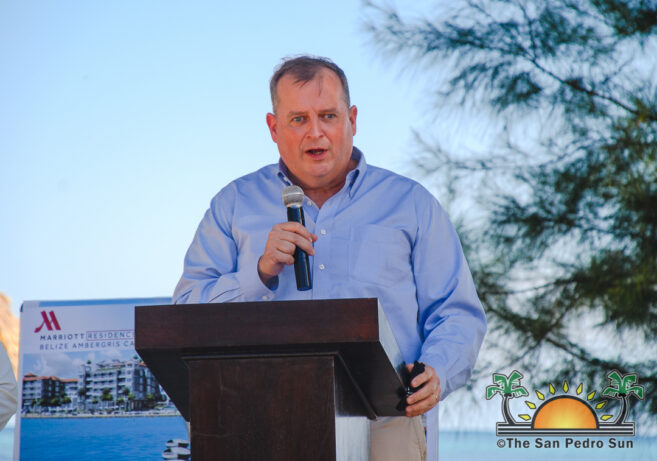 The hotel project was first announced in April 2018 and stalled for almost five years, with the COVID-19 pandemic complicating securing funding to start construction of the resort. “We planned to be under construction by early 2020, but COVID-19 had other plans for us,” said Nagel. He revealed that the initial lenders decided against lending for the new hotel project due to the global pandemic. “They asked us to ‘pause for a little while,’ until we knew when the pandemic would be over. We were determined to push forward, pursuing dozens of options with many regional investors in the region. In the end, necessity was truly the mother of invention, and we found the right lenders and the right legal structure to protect the lenders’ interest, and everyone involved,” Nagel noted. According to him, investments were secured from the United States, Canada, Europe, and even Singapore. Construction should start soon, and the design of the structures seeks to embrace Belize’s rich British colonial history and the architecture of that era. 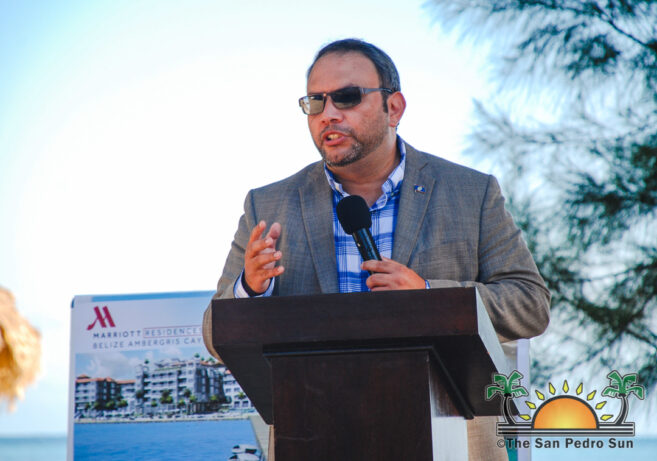 The official event also included representatives from the central and local governments. Minister of Public Service, Constitutional, Political Reform and Religious Affairs, the Honourable Henry Charles Usher, commended Nagel, Cobb, lenders, and Marriott for believing in Belize. “Everybody in the works involved with this project is sending a signal to the world, come to Belize! This is where you need to be,” he said.

On behalf of Mayor Gualberto ‘Wally’ Nuñez, Councilor Marina Kay highlighted the reality on the island when it comes to residents lacking employment opportunities. She said that islanders are still working at 50% wage or only half-time. “I know that the project is going to open so many doors here in our community. Immediately I can see through the construction that so many residents will get the opportunity to go back to work,” said Kay. The sentiments were shared by the Chairman at the Belize Airports Authority, Ricardo Martin, representing Area Representative, the Honourable Andre Perez, who could not attend the event. Martin said this new hotel project would alleviate the unemployment rate on the island and improve the level of hospitality services on Ambergris Caye.

Following the formalities, the ground for the hotel project was broken by a brief soil turning ceremony involving key stakeholders. Afterward, guests enjoyed refreshments while listening to live entertainment by the island’s Black and White Garifuna group.