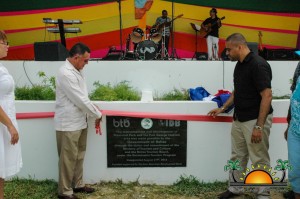 The Ministry of Tourism and Culture held the official inauguration ceremony for the recent renovation of the Memorial Park and its access streets in Belize City. The event took place this past Saturday, August 31st and saw the presence of various tourism stakeholders. The historic park is dedicated to the veterans and victims of World War I and was renamed the Fort Point Pedestrian Walk.

The rehabilitation of the park was done through the Ministry of Tourism and Culture’s Sustainable Development Project (STP) financed through a loan from the Inter-American Development Bank. The brand new facility cost Belize $6 million dollars, an investment made with the intention to change the downtown tourism image of the old capital.
“Belize City has always served as the commercial capital of our country and as a result has played a central role in our development. Historically, the mouth of Haulover Creek, the Old Belize Port and the water front has served at the center for trade and a place for social gathering… this six million Belize dollar investment we see today is just a start in realizing the vision we all have for Belize City. It is not only clean streets, renovated buildings, revitalized parks and infrastructure that make a destination – it is more importantly about the local people,” said Minister of Tourism and Culture Manuel Heredia Jr. in delivering the key address. According to Minister Heredia, the Fort Point Pedestrian Walk will benefit the over 3,000 Belizeans employed in the tourism industry and the more than 500 residents in the Fort George area. 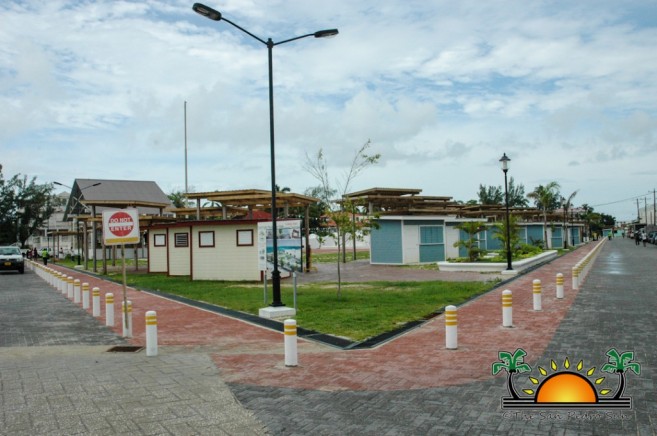 The STP investments, which took 18 months for completion, focused on the physical improvement of a core area linking the Tourism Village with Down Town, the Memorial Park, the streetscape of Park Streets, Cork Street,Fort Street, the Tourist Village entrance and North Front Street to the foot of the swing bridge. The grounds of the memorial park, which is abouttwo acres in size, was completely transformed with kiosks (stalls), a new open air performance stage, memorial monuments in honor of fallen Belizeans and veterans of World War I, bathroom facilities and concrete walkway accesses.
Addressing the criticism that the sanctity of the park was compromised and that it has been replaced by “food-stall-like” shacks, Project Directory Christy Mastry said that the previous appearance of the park was “uninviting.” She added thatthe previous park only encompassed “a white wooden fence surrounding two acres of underutilized space.” She explained that the project was aimed to “restore and keep the historical aspect of the park” and at the same time making it “inviting for tourists and visitors to take pictures, while creating opportunities for small entrepreneurs.”
To ensure the sustainability and upkeep of the facility, the project was officially handed to the Belize City Council for the 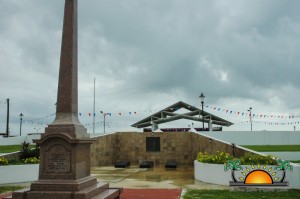 proper management. Speaking at the event, Mayor of Belize City Darrel Bradley said that while the park representsa historical component of the country, it will also be used an economic vehicle thus creating opportunities for more Belizeans. “We have a park that is first class and first world – befitting our residents and the users of this space… This park and this space is so much more than just a park – it represents a historic site for those who are honored here, for those who have served their country and other countries in the year of war. It represents a community space for those in this neighborhood; it represents an economic vehicle for those in a tourism industry. It represents an opportunity for meeting and for forging relationships amongst people who come here to visit and to play and recreate. It signals the redevelopment and transformation and the reclaiming the city,” said Mayor Bradley. 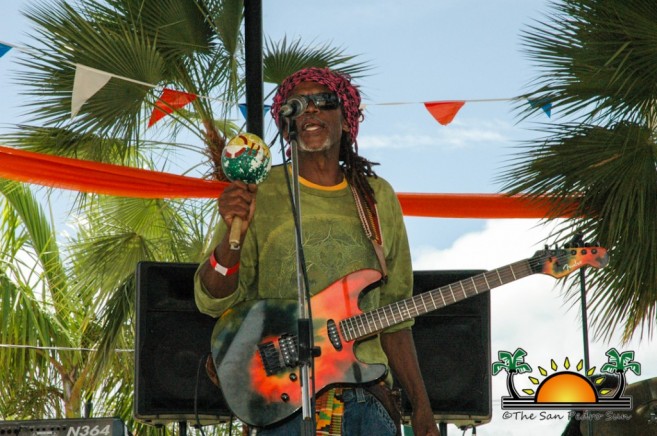 Following the inauguration, the 2nd annual Street Art Expo was opened. With over 100 artisans from across the country, the Street Art Expo was geared to give small entrepreneurs the vehicle to showcase their products, explore the Belizean market and demonstrate their Belizean talents.
From jewelry made of carefully carved shells and beautiful stones, to elaborate embroidered pillows and clothes, to colorful paintings and carvings; it truly provided a touch of Belizean talent. And while the artisans showcased their products, artists and musicians were onstage kept the crowd entertained. Noted performers included by well-known Belizean Pen Cayetano. 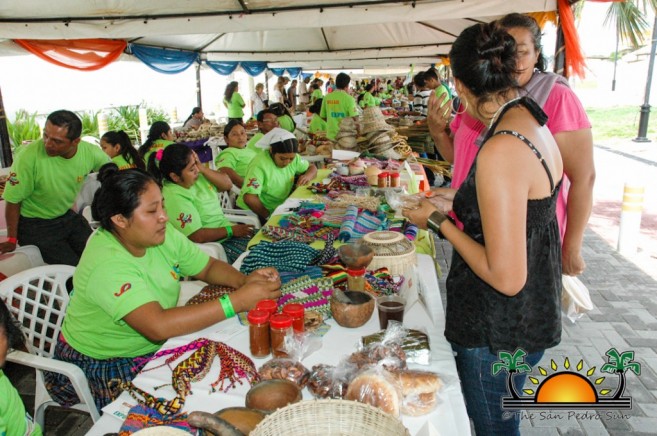 The STP also includes The Sunset Boardwalk Project along the El Embarcadero Area in the downtown area San Pedro Town and will see a transformed SacaChispas Field. In speaking to The San Pedro Sun, Mastry said that the project is moving positively and is about 70% completed and should be fully ready by the end of this year.