If you ask any islander that has lived on Ambergris Caye for the past 50 years, they will tell you that over the past three decades, San Pedro has lost about 30 feet or more of its beaches due to the rise in water level. Today, the island continues to lose its beaches as the waters of the Caribbean Sea slowly erode away the land, claiming the island. The deterioration of the island’s beaches is being directly attributed to the change in climate patterns over a long period; climate change, due to human activities. That was the theme of a discussion at three separate workshops held on Thursday September 26th on the island, spearheaded by the University of West Indies.

According to coordinator and workshop lecturer Indi McLymont-Lafayette, the Regional Coordinator of Panos Caribbean, not only is the discussion on the impacts of climate change relevant, but it is important to engage everyone at all levels on such issues. “We think this is very important because climate change has significantly impacted this small island. The Caribbean region has been identified as amongst the most vulnerable to climate impacts,” said Lafayette.
Those changes are very visible on Ambergris Caye and the main evidence is the direct loss of beaches due to the constant rise in the water level caused by the effects of global warming, which directly affects the change in climate. In addition to the rise in water levels, the deterioration of the reef’s health and increased vulnerability to more intense hurricanes also threatens smaller islands such as Ambergris Caye. “It is important that the younger generations understand, as well as the wider community of San Pedro, how important climate change is and how it can have a long term effect on the lives of each and every one of us. Ambergris Caye residents need to know some of the things that have caused these changes in climate pattern. But they also need to know some of the things they can do to mitigate, minimize and adjust to climate change impacts.” 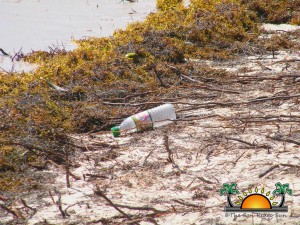 The cutting down of mangroves and other plants, the constant dredging of water beds, the extraction of natural resources, and even pollution are just a few of the practices that continue to be some of the leading causes of climate change. Adding to the pressure of climate change is the issue of erosion caused by the construction of concrete seawalls and docks also drastically degrading the island’s beaches.
For students who attended the workshop, such as Vivian Noralez of San Pedro High School, Belizeans must get more involved, especially those living in very vulnerable areas such as ours. “Climate change is very important to us because we live on an island and we have the second largest barrier reef. Our revenue depends on tourism and so whatever affects our tourism affects us as a people. Climate change is beginning to affect us as an island, a country, in the region and globally through the change of weather, water levels etc. We need to enable Belizeans to learn to appreciate our environment and contribute in the fight against climate change by adjusting our bad practices,” said Noralez. 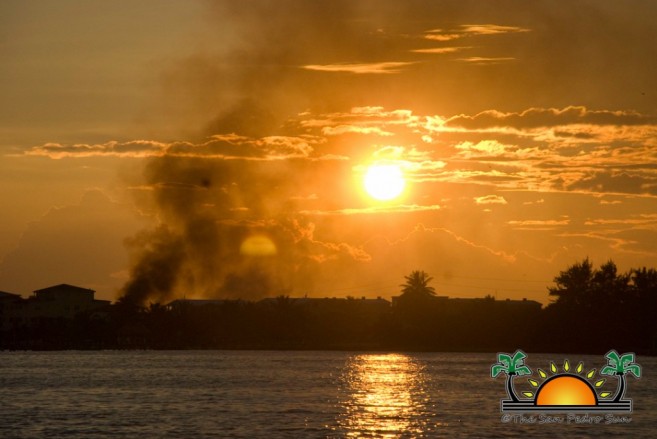 For that reason Lafayette explained their approach of educating people about climate change has to be taken to all levels. “We want the students and wider community of Ambergris Caye to be climate change champions and share their knowledge with others. We want them to do tangible things such as planting more mangroves and other trees and embrace good environmental practices that will help the island to better adjust to climate change.”
One student who shares the same sentiment that climate change is a serious issue and that more needs to be done to reduce the effects of climate change is athlete and student Gian Rivero. He believes human pollution is the number one contributing factor to climate change. “Pollution of our air as well as our waters is the main thing that is contributing to climate change. We need to do more in reducing pollution in areas where we can, both as individuals and as a community,” said Rivero. He added that garbage remains a challenge for the island. “We burn our garbage which causes a thick black smoke to form over the island, thus contaminating our air and our environment. We need to look at ways to reduce pollution, and one such way is recycling some of our garbage. I fervently believe that if we cannot get rid of our garbage in an eco-friendly manner then it is best that we just re-use some of the items.”
The workshops targeted three different groups, the primary and secondary students as well as adults through various community groups. The presentations were possible through Panos Caribbean, a regional non-profit organization, with the assistance of the University of the West Indies. Similar sessions are being planned for coastal communities in other parts of the country.
The workshop comes just in time with the latest Intergovernmental Panel on Climate Change (IPCC) report. According to IPCC’s latest report, it strengthens earlier conclusions that most of the world’s warming since 1950 has been caused by human activities, while also highlighting that future changes are inevitable. It states that scientist were “95% certain” that their research now shows “unequivocal” evidence that since 1950 the atmosphere and oceans have warmed and that “humans” are the “dominant cause.” Those reports will now help larger countries readjust their approach on addressing the effects of climate change.