« Older: The Consulate of Belize in Florida Inaugurates New Office and Passport Services
Newer: » Over 1.1 million pounds of conch to be harvested during the 2013-2014 season

The People’s United Party today, October 2, 2013, took two specific actions in the ongoing UDP immigration corruption scandal to advance the investigation of this matter and to hold Hon. Elvin Penner, Member for Cayo North East, accountable for his role and conduct in this matter.

2. PUP Senator Hon. Lisa Shoman has called on the Senate at its meeting in Belmopan today to institute and conduct a Special Enquiry and Investigation into the UDP Government Immigration Corruption Scandal in accordance with S.61A(2)(d) of the Constitution of Belize.

Should Hon. Penner fail to resign the PUP will officially launch a Petition Drive along with the electors of the Cayo North East Division, early next week, to initiate the process of Recall. 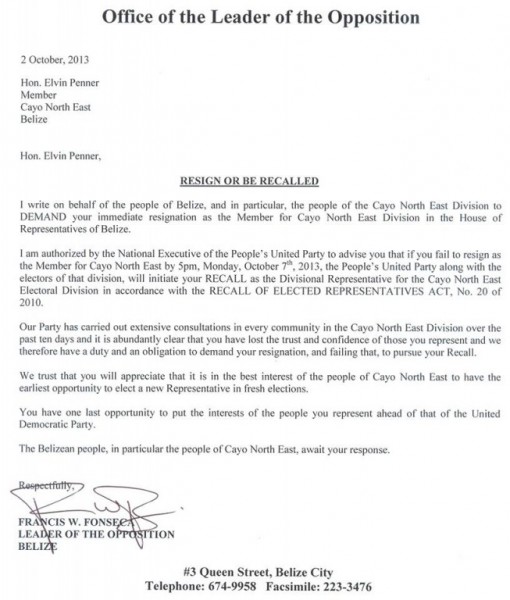