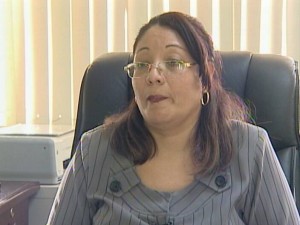 Under the Recall of Elected Representative Act of 2010, Section 9A, “It is an offence to sign the petition more than once,” indicated Tamai when questioned about the 79 petitioners that signed twice and four that signed three times. Currently a file is being compiled to send to the office of the Director of Public Prosecution to review the case of those that signed more than once. However, the Act does not specify if committing an offence under the Act disqualifies a signature as was the case of the 79 that signed twice and four that signed three times. CEO Tamai said that over 50 personnel, including eight senior officers, reviewed the signatures, and some even went out to do verifications in the field over the one-month time frame mandated by the act.
Meanwhile, in a press conference on Thursday January 9th PUP strongly condemned the decision by Tamai. The PUP indicated that after quickly looking at the list of rejected signatures of petitioners, they have a strong case and the party will appeal the decision at the Supreme Court of Belize.
According to PUP Secretary General and a former Chief Election Officer Myrtle Palacio, the 79 plus petitioners that signed the petition more than once were “huffed” (blocked) of their democratic right. “They should not be reprimanded. There is nothing in the act that gives her [Tamai] that authority. No one has the authority to arbitrarily remove a voter from the list… Over 83 voters (79+4) were disenfranchised and stripped of their power and deprived of their right. The decision to reject their signatures has distorted the will of the people of Cayo North East to recall Penner.”
PUP Senator Lisa Shoman, one of the legal advisors for the PUP, pointed out that when there is no regulation in regards to a piece of legislation, it is expected that you resort to what is called “condition of fair proceeding.” According to Shoman, the decision to reject the over 337 signatures, were “unlawful, unreasonable and irrational.” She explained that Tamai’s decision was “unreasonable” because, by her own admission, there is nothing in the Act that gives her the power to reject the 79+4 petitioners that signed more than once.
According to Habet, “Residents are saying that their lives were threatened. Those that signed are saying that UDP functionaries visited them to say that their land will be taken away and no Christmas hamper would be given to them because their names were on the recall petition. So when the Crime Investigation Branch officials visited some of these people to verify their thumb prints and signatures, they believed that they were UDP functionaries and they were scared.”
According to PUP Party Leader Francis Fonseca, on the surface after reviewing the list of signatures that were rejected 140 signatures on the petition has been unlawfully rejected. “We need to tackle this in parallel tracks both legal and political… we have to deal with it with legally. We have an obligation to the Belizean people to take the matter to court… We will have political mobilization where we will mount an educational process and we will start in Cayo North East starting Sunday [January 12]…. We are in no mood to be in any friendly discussion with Mr Barrow. The Belizean people have given up on this government.” Fonseca told the press that in every instance that Tamai has been in a position to be fair in the good interest of the Belizean people, she has ruled in favor of the ruling UDP government. Fonseca went on to say that the PUP will internationalize the issue in which the government decided to stifle the recall of Penner.
This is the second time that such a piece of legislation has failed. In 2011, the Elections and Boundaries Department rejected a large amount of signatures that were submitted by Oceana in Belize and Belize Coalition to Save Our Natural Heritage in an attempt to trigger a national referendum. The two organizations submitted 20,160 signatures to have a national referendum on offshore drilling, but failed after the 10% threshold of national voters was not met when 8,047 signatures were rejected.
There has been no reaction from the social partners and the unions regarding this recent development.

Photos:Clearance initiative near Jalacte on the Belize-Guatemala borderline starts without incident