Home » Community and Society » Health » World AIDS Day: “Together We Can”

World AIDS Day: “Together We Can”


December 1st is internationally recognized as World AIDS Day, and it is a day to educate and raise awareness on HIV/AIDS. The San Pedro AIDS Commission held several events to observe this significant day. 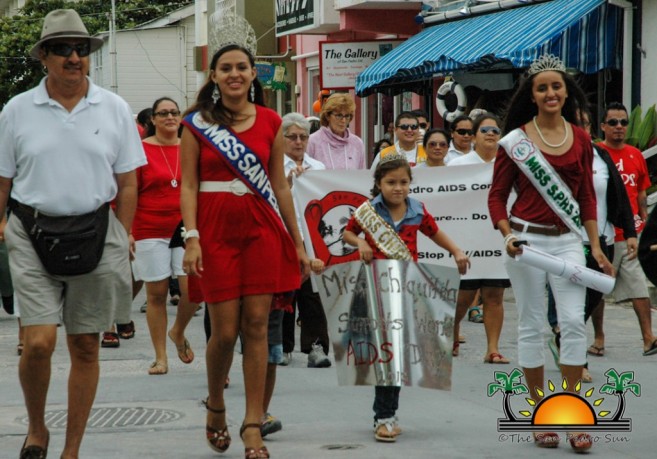 9AM brought a group of supporters together for a walk commemorating those who are fighting HIV/AIDS and in memory of those who have succumbed to the deadly virus. The Isla Bonita All Star Marching Band led the walk through the island of San Pedro Town. Also present was Mayor Daniel Guerrero and his San Pedro Town Councilors, Miss San Pedro Solani Graniel, Miss San Pedro Lions Arlethe Lima, Miss San Pedro High School Chelsea Muñoz and Miss Chiquitita Zillah Flota.
Following the solemn walk, the day continued with a health fair at Central Park. Free HIV tests were offered by the Ministry of Health throughout the day, and pamphlets on HIV/AIDS facts and statistics were handed out.The San Pedro AIDS Commission also offered counseling answering HIV/AIDS related questions.
Acquired Immune Deficiency Syndrome (AIDS) is caused by the Human Immunodeficiency Virus (HIV) which is transmitted by sexual contact, transfusions of contaminated blood and the sharing of needles and injections that have been contaminated with the virus.

The Joint United Nations Programme on HIV/AIDS (UNAIDS) Report on the Global AIDS Epidemic of 2010, stated that Belize has the highest number of people living with HIV/AIDS in Central America, with most cases ending in early death due to late diagnosis and lack of treatment. Most people with HIV/AIDS refuse to seek assistance due to the stigma associated with the disease that they face in their community. Many people still do not fully understand the disease and tend to outcast those living with HIV/AIDS. However, the reality is that HIV/AIDS cannot be spread by casual contact, touching, hugging or even mosquito bites (as some believe). 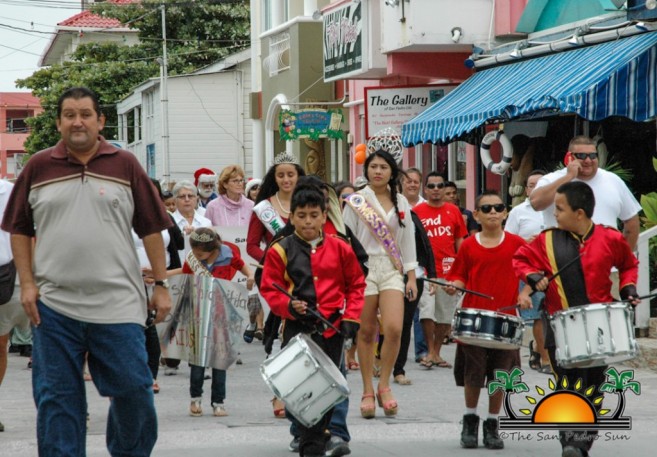 Simple steps such as early diagnosis and proper treatment can result in a long healthy life and retroviral treatment is also offered free of cost to any person living with HIV/AIDS.
The Belize National AIDS Commission along with United NationalDevelopment Program in Belize and the Belize Red Cross have created a “Together We Can” (TWC) program as an HIV/AIDS peer education program that will tackle the younger generation to break the stigma of HIV/AIDS and reduce the number of infections. The program’s aim is to significantly reduce the number of HIV infections by 2016 as part of the Millennium Development Goals and Horizon 2020 initiative.
For further information and facts on HIV/AIDS visit http://www.nacbelize.org/.