PRESS RELEASE – National AIDS Commission Island Committee – July 30, 2013 – From 27 July 2013 to 28 July 2013 the National AIDS Commission (NAC) Island Committee participated in a workshop/training aimed at learning how to identify stigma and discrimination and how to battle it. Members of the NAC Island Committee participated alongside members of the newly formed Caye Caulker Health Committee- now inducted into the Island Committee. Through the facilitation of Nurse Lourdes Heredia from Corozal Community Hospital and the NAC Corozal Committee the training was made possible with the support of USAID Central America Capacity Project and IntraHealth International. The training/workshop was held at the Sunbreeze Hotel conference room. The workshop/training certified that participants in attendance have the education, training and resources necessary to tackle stigma and discrimination specifically aimed towards individuals living with HIV/AIDS and their friends and families


The following table shows a summary of the information:

How are the two manifested?
Stigma and discrimination destroy a person’s dignity; marginalizes affected individuals; violates basic human rights; markedly diminishes the chances of a stigmatized person of achieving full potential; and seriously hampers pursuit of happiness and contentment. The effects can be both mental and physical and can be long lasting.

What are the effects on the stigmatized and discriminated?
• verbal and physical abuse
• fear of disclosing information to medical professionals, which may lead to not receiving or adhering to medication regiments and increased transmission.
• reduced self-esteem and confidence
• social isolation, exclusion from society
• withdrawal, depression and other psychosocial problems

A special thanks to the following individuals that contributed to the success of the workshop: Pedro’s Hotel of San Pedro for graciously providing accommodations for our participants from neighbouring Caye Caulker providing as well as San Pedro Bze. Express for providing transportation from and to Caye Caulker and of-course USAID Capacity Project, Nurse Lourdes Heredia and all the participants. 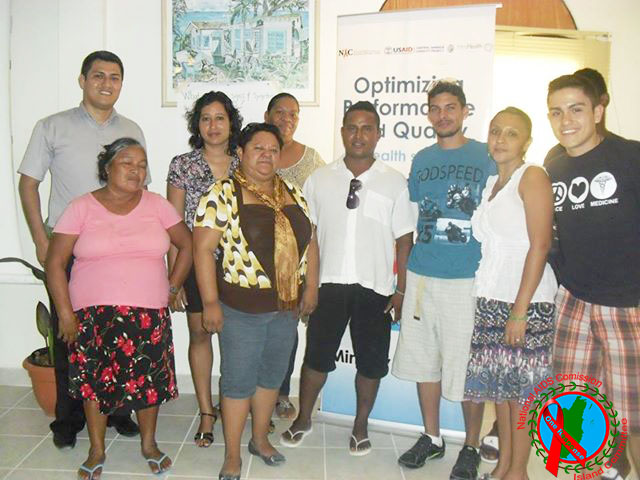 We are a limb of the National Aids Commission (which is the only entity in the country sanctioned by the Belize Government to work in the Response to HIV) and as such we follow the guidelines established in the NAC’s National Strategic Plan.

Our vision is: “By the end of 2012, Belize will have continued to reduce the number of new HIV infections; extended the length and quality of life of people with HIV and their families; significantly reduce discrimination against persons vulnerable to HIV; and effectively coordinated a multi-sectoral response which is human rights based and gender responsive.”