Local Police and Fire Department are ready for the Christmas Season


As of Sunday, December 1st, the San Pedro Police Department has officially stepped up its annual Christmas season anti-crime campaign. This is the first year that the campaign is being headed by the Officer in Charge, Superintendent of Police Luis Castellanos. The main purpose of the campaign is to increase patrol and police presence in troublesome areas in San Pedro. 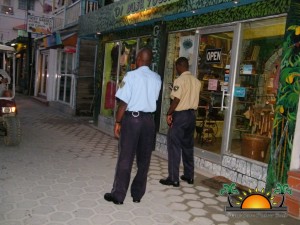 Castellanos stated that over the last few months, SP police have noticed that major crime is centralized in the areas of Boca del Rio, San Juan and Town core, and as such these areas will be more heavily patrolled during the Christmas season. An increasing late hour police patrols (10PM to 6AM) along with beach patrols is to be implemented. “This time of year, the population on the island increases and if this is not properly managed, it can lead to an increase in crime,” said Castellanos. “We want to make the island as safe as possible. Not only will we be increasing police patrols, but we will also be having police check points to target traffic offenders including those drinking under the influence of alcohol.” 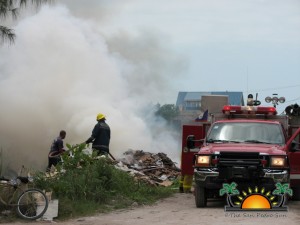 The San Pedro Fire Department is also stepping up their guard. The fire department is taking the opportunity to alert the public that the Christmas season brings with it a high risk of fire disasters. Each year during the Christmas season, the Belize National Fire Service goes on high alert and issues safety tips to help prevent a disaster in such a joyous time.
Electrical failures are the most prominent cause for Christmas fires. The public is encouraged to check both indoor and outdoor lights for frayed wires, loose connections, cracked sockets and exposed wires. Damaged lights should not be used. In addition, consult an electrician before inserting adapters into outlets or extension cords, outlets and extension cords should not be overloaded. An over loaded outlet or extension cord can start a fire. The public is also encouraged to avoid using decorations made of cloth or paper. Christmas candles should not be left unattended or near Christmas trees and curtains. Parents are also reminded that the use of fire crackers is illegal and children should not be allowed to play with them.
The San Pedro Police Department and San Pedro Fire Department wish the community and the country a safe and merry Christmas and prosperous 2014. In case of an emergency, contact the San Pedro Police Station 206-2022 or the San Pedro Fire Station at 206-2372.