Darts enthusiasts from around the country travelled to the island village of Caye Caulker on Sunday February 9th to compete in a local darts tournament organized by the Belize Darts Federation. The competition took place at the Caye Caulker Community Center and was hosted by the Isla Cariñosa darts players. The competitors came from as far as the western part of the country to the neighboring island of Ambergris Caye and participated in three different categories. 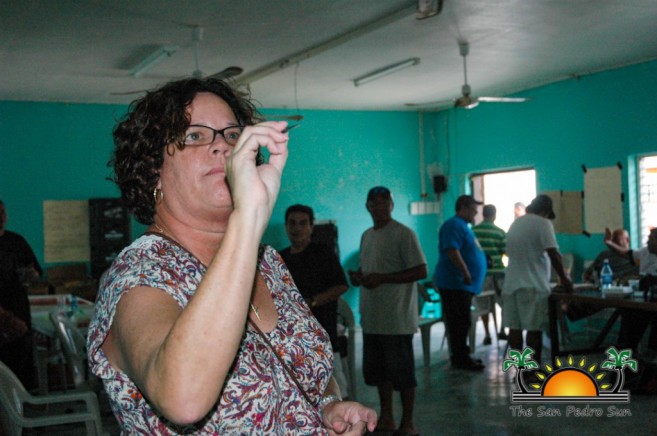 Nine females competed in the Ladies’ Singles category in a best of three rounds. After the first round of competition, four participants advanced to the next round to secure one of two spots in the finals. Taking those spots were Melanie Paz of the San Pedro team and Emerita Marin of Cayo. It was a clean and easy win for Paz, who took the two of the three rounds and captured the first place for the San Pedro Team in the Ladies’ Single Category.

18 participants signed up for the Men’s Double competition, forming nine teams. Four teams survived the elimination and made it to the next level having won two of three rounds. Of the four teams, two teams made it to the finals with Omar Guerrero and Ricky Manzano of San Pedro being one. But after a hard fought game, George Requena and Valentino Marin of Caye Caulker won the San Pedro Team, defending their home turf and capturing first place in the Men’s Double category. 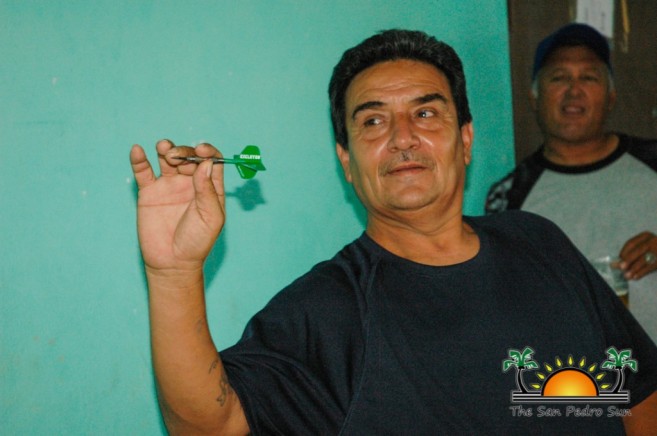 The most competitive category was the Men’s Singles, as it saw 16 participants play in the eliminations in the best out of five rounds. Eight participants including Luis “Libra” Rivero and Ricky Manzano from San Pedro made it to the second round. Only four competitors made it to the third round to fight for one of two spots into the finals. Manzano made it to the finals along with well-seasoned veteran dart player Luis Marin of Belize City. A skillful Marin managed to pull an easy win, besting Manzano in three of five rounds capturing first place in the Men’s Single category.

First and second place winners received cash prizes, while all the third place competitors received consolation prizes. The competition is one of a series of events planned by the Belize Darts Federation to improve the skills and abilities of dart players, especially those that will be representing Belize in the 2014 regional dart competitions.

Town Christmas Tree lights up for the Holidays!