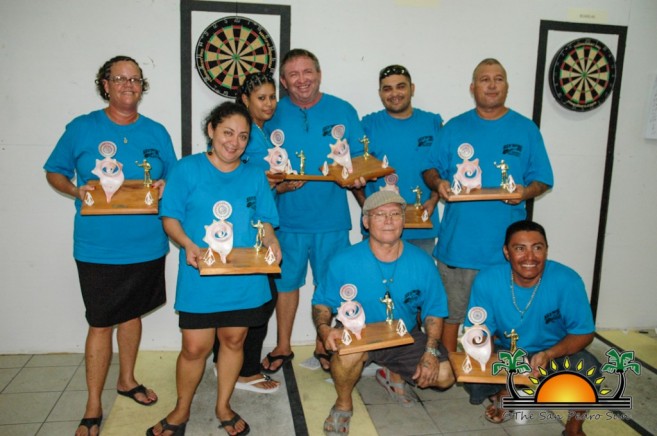 The San Pedro Darts Team is the defending champion of the 19th annual National Darts Tournament which was held from the 11th to the 13th of October at the San Pedro Lions Den. The event, organized by the Belize National Darts Federation, saw Belize’s best darts players from Cayo, Belize City, Caye Caulker and San Pedro Town compete for three days. The vigorous competition was hosted by the San Pedro Darts Team who were intent on retaining the championship on their home turf.
The event was declared open by the Minister of Tourism and Culture Honorable Manuel Heredia Jr on Friday night at a packed San Pedro Lions Den. In his remarks, Heredia Jr. said that while darts is not widely played, it is popular on Ambergris Caye. He took the opportunity to encourage all the players to enjoy the tournament and wished them the best of luck. After his brief remarks, Heredia Jr threw the first dart to officially declare the tournament open.
According to Jose Mora, President of the Belize Darts Federation and the Caribbean Darts Organization, the tournament is one of the best of recent years. “The good sportsmanship amongst our darts players was our priority. They all played their hearts out for the national title. We like the new rookies coming up in the sports. The young players from Cayo and the females that are entering into the sports show that Belize is ready for darts. We also appreciate the maturity of our players, as well as the work done by the host team who ensured that everything was perfect for this year’s tournament,” said Mora. 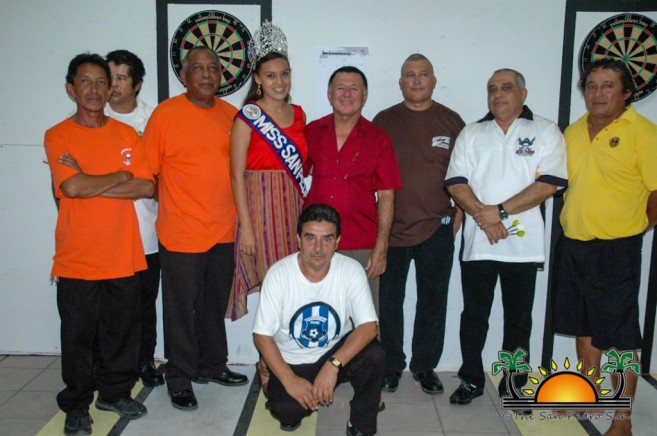 It is the third consecutive time that the San Pedro Darts Team has won the national tournament to retain the championship. In April of this year, San Pedro Darts Team also captured the first place at the first ever Big Creek Darts Classic hosted by the Big Creek Group of Companies.
As part of the national tournament, the darts players also participated in a General Meeting where they discussed the way forward for darts in Belize. “The purpose of the meeting was specific and it was to recognize The Belize Darts Federation as the assigned body under the Laws of Belize,” said Mora. “We can now move forward as an official governing body and we are looking forward in putting together our national team to represent us in Tampa, Florida USA in the 2014 Caribbean Games.” Mora also said that the Belize Darts Federation, having seen the level of experience over the weekend, is sure that Belize is poised to do well in the regional tournament.