Home » Community and Society » SPSC Football Tournament is in Semi-finals

SPSC Football Tournament is in Semi-finals


On Sunday, April 13th the first games of the San Pedro Sports Committee (SPSC) Football Tournament semi-finals were played. The four remaining teams were pitted against each other to see who truly has what it takes to be in the finals. Both matches were thrilling, and each team gave its best, delivering two big wins. 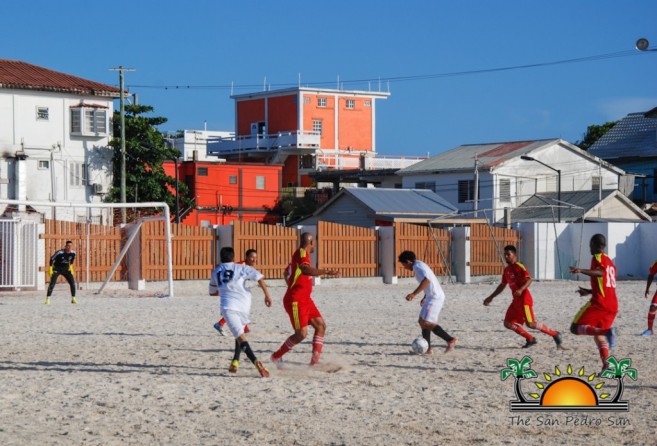 The first match between Southwind and Dorados started shortly after 3PM. These two power teams were both eager for a win, as such both delivered an early goal each. But as the game advanced, Southwind took control of the game, both offensively and defensively, scoring two goals and defeating the Dorados in a 3-1 point game.

For the second game of the day, Legends took on Caye Caulker. The Legends wasted no time, scoring a goal early in the first half of the game. Caye Caulker tried to make a comeback, but all attempts failed, and the match ended in a 3-0 point game for Legends. The Legends have been playing consistent games throughout the season and have only lost one game in the tournament.

With the first round of the semi-finals in the past, the losing teams have one more chance to perform before the championship match. On Wednesday, April 16th, Southwind will face Dorados again, while Legends take on Caye Caulker.
Everyone is invited to come out and support their favorite team. It is certainly going to be an intense game day. Games start at 7PM at the Saca Chispas Football Field.