The end of the San Pedro Sports Committee Football tournament is fast approaching, and eight teams remaining matches are only getting tougher and tougher. Now in the quarter finals, all teams are struggling to score as many goals as possible to earn their team points and escalate in ranking. The first round of the quarter finals was played on Saturday, March 29th and Sunday, March 30th, and teams only had one thing in mind, winning! 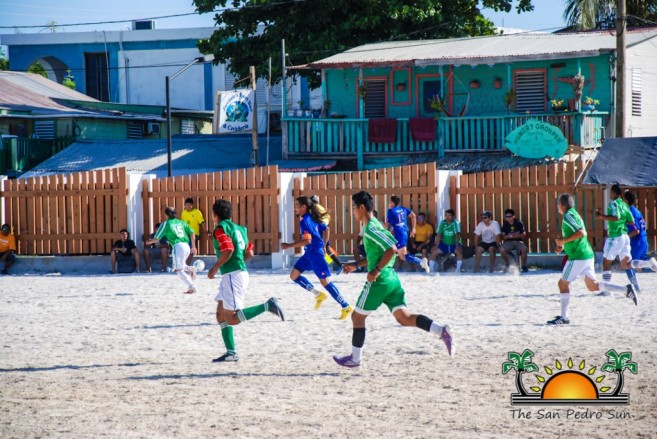 At 7PM Saturday, four teams faced off. First to take the field were Joker FC and Dorados. It was a tight game till the end, but Joker FC out edged their competition and took the win with a 2-1 point match. The second game was between Southwind and Island Pure. It was a devastating game for Island Pure as Southwind delivered them a crushing defeat. The game ended in a 6-1 point win for Southwind. In order for Island Pure to make it to the next round, they must win a perfect 7-0 point game in their next match.

Sunday saw, two matches as well. At 3PM, Legends and Veterans kicked off Sunday’s games. The Legends tactic to play both defense and offense certainly paid off, as they won in a decisive 3-0 point game. The second game of the day was between Caye Caulker and United FC. The game ended in a 2-1 win for Caye Caulker, but United FC was not satisfied and protested the match for technicalities.
The schedule for the second round of the quarter finals is as follows: Saturday, April 5th: United FC versus Caye Caulker and Legends versus Veterans, starting at 7PM. Sunday, April 6th: Joker FC versus Dorados and Southwind and Island Pure, starting at 3PM. 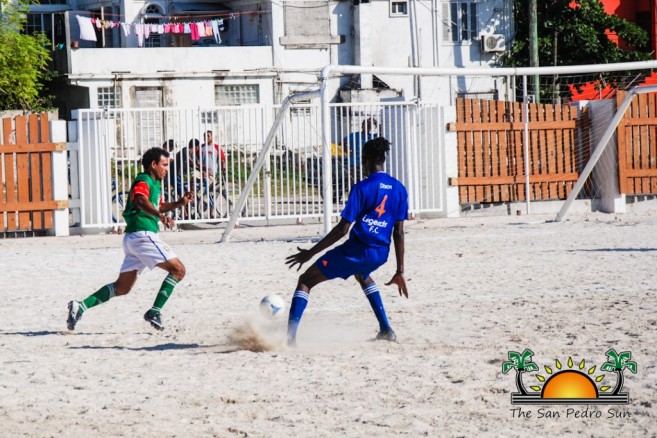 Be sure to come out and support your favorite team in the finals days of the San Pedro Sports Committee Football Tournament. Games are played at the newly renamed Honorable Louis “Cuz” Sylvestre Sporting Arena, commonly known as the Saca Chispas Football Field.