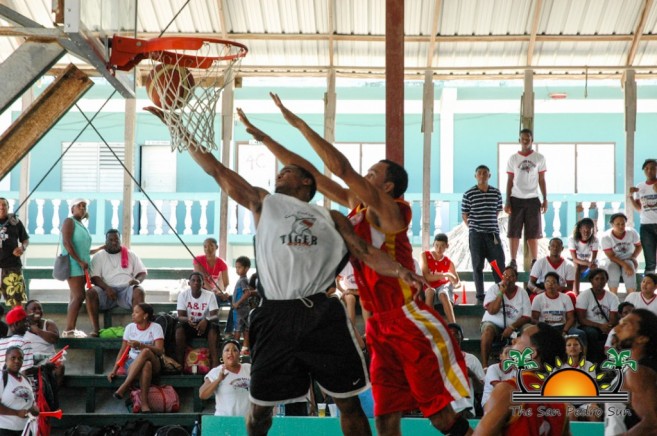 The San Pedro Tigersharks picked up their first win in the finals against Cayo Western Ballaz in the National Elite Basketball League (NEBL) finals. The encounter between the two basketball powerhouses in the country was well attended, as the Rafael Angel Nuñez Auditorium was packed on Sunday June 15th. Game one saw the mighty Western Ballaz dominating the Tigersharks during most of the game but in the last minute, the home team managed to secure a narrow one-point win.

The visiting Ballaz opened the scoreboard with three consecutive two-point shots before the Tigersharks reacted. Cayo’s Farron Louriano and Kurt Burgess brought pressure on the home team, forcing the islanders to seek control of their game. When they did, the Tigersharks quickly swiftly took a six-point lead, ending the first quarter 18 – 12. At the start of the second quarter, Tigersharks’ Tyron Edwards and Winston Pratt kept the momentum for the home team. Tensions were high on the court, and spectators were in an uproar when Darwin “Puppy” Leslie was pulled down by the neck by Ivan Flowers of the Ballaz team. The Western Ballaz stuck to their guns and defended their half of the court vigorously, but at the half time the Tigersharks maintained their lead with 29 – 21. 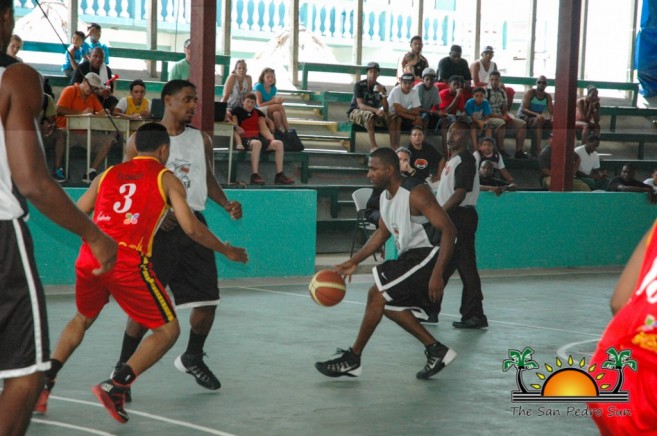 When the game resumed for the third quarter of the game, San Pedro Tigersharks got a rude awakening when the Ballaz charged at them. In the first six minutes, the visitors scored 14 unanswered points, cutting their deficit and taking control of the ballgame. A quick time-out called by the Tigersharks Coach, Gary Issacson, was enough for them to re-strategize and get back into the game, ending the third quarter at 44 to 42 in their favor. The fourth quarter saw the Western Ballaz quickly and easily take control of the game yet again. The Western Ballaz’s superstars Richard Troyer, Louriano and Burgess had the San Pedro Tigersharks scrambling and missing easy points in a fast-paced final quarter. But with only 30 seconds to go, the Tigersharks managed to steal the ball from the Western Ballaz, strategically dribbling to allow for time to run out. With only a few seconds left, a two-point shot put San Pedro ahead by one point. With 11 seconds to go and the Ballaz in control of the ball, San Pedro was forced to bring on the defense. A pass to Burgess was denied, and with two seconds to go, Tigersharks had control of the ball. When the final buzzer blared, it was Tigersharks on top, 53-52. It was a nail-biter, but it was a win for the home team!

Game two of the NEBL finals will see the Tigersharks play the Western Ballaz on Friday June 20th at the Sacred Heart College Auditorium in San Ignacio Town starting at 9PM. That game will be aired live on Channel 5 and if the San Pedro Tighersharks win, they will be named the NEBL 2014 Champions. However, if they fall to the Ballaz, a third game will be necessary, and that game will be played on Ambergris Caye at a time and date yet to be decided.

Congratulations to the Tigersharks, and we wish you the best of luck in the next game! Bring home the championship!!

The fate of shipwrecked immigrants in Belize
38 is great!