The new Ambassador of the United States of America to Belize, His Excellency Carlos Moreno started his tour of duty in Belize in July. Since then, HE Moreno has been meeting with various sectors of the Belizean society. On Thursday August 14th, he met with the media for the first time at the US Embassy in Belmopan City. Even though he had spoken at impromptu occasions to the Belizean press, the Ambassador officially had his first round table discussion with various media personnel from The San Pedro Sun, Great Belize Production (Channel 5), Channel 7, Plus TV, Amandala and Krem Radio.

HE Moreno addressed a variety of topics of interests, including Belize’s territorial sovereignty and security, the visa status of former Minister of State Elvin Penner in light of the immigration scandal, the US support to gay groups and gay marriage, the lack of law for protection of media personnel in Belize, as well as the ongoing investigation into the brother of Belize’s Minister of Foreign Affairs.
Speaking about the unfounded Guatemala territorial claim over Belize, Moreno said that the US government is in support of the matter being put before the International Court of Justice (ICJ). “[The ICJ] is a formalized, legal mechanism… I think the present course, working through the Organization of American States (OAS) and the measures that have been taken by the Adjacency Zone personnel, in terms of building confidence measures, having fairly regular meetings between the respective military authorities and continuing the dialogue, is the best course to proceed. But in terms of taking one side, I will defer to the ICJ for the proceeding.” He also addressed a follow up question about the constant cross-border incursions by Guatemalans into Belize’s protected Chiquibul Forest Reserve which is under constant heavy attack. “I met with OAS representatives who monitor the Adjacency Zone. They provided me with some very startling information concerning incursions into the Chiquibul Forest in particular. They encouraged me to do a flyover so that I could see the degree of degradation on the Guatemalan side of the disputed border, as well as to see some of the degradation that’s occurred on the Belizean side. The United States Government is committed to assisting the Government of Belize in protecting and preserving its natural resources.”

Moreno was also asked about the US position as it relates to Lesbian, Gay, Bisexual and Transgender (LGBT) rights and same sex marriage. “I should state that the position of the United States Government is to promote human rights and dignity with respect to all persons. The question of LGBT rights is really just a subset of rights that are attached to everyone. The government believes in citizen equality. That applies to persons with varying sexual orientation, it applies to women, it applies to foster children, people who are mentally ill. It applies to protecting, under the rule of law, the cultural interests of the Mayas and the Garifuna. So protection of LGBT rights is really just part of the overall umbrella of protection for any and all marginalized groups… I know that the embassy has sponsored or provided grants to UNIBAM and supported them in sponsoring a conference to address the stigma and discrimination that applies to persons of different sexual orientation… So I can’t be clearer than to say that we are a very diverse world. This is a very diverse country and that we must respect the human rights of all people… We all have friends and relatives that fall within these marginalized communities, and we should respect their rights.” On the issue of same sex marriage, Moreno said that it is up to the Belizeans to decide and not the US government. “In the United States, the complexion on that issue has change dramatically. That is not to say that different people, different cultures, different countries have different positions on that, but it is far being from me or the United States to tell Belize what to do in respect to the issue of gay marriage. This again is an issue that excludes the United States and is something the Belizean people and the Belizean court will have to decide on their own time and in due course.” 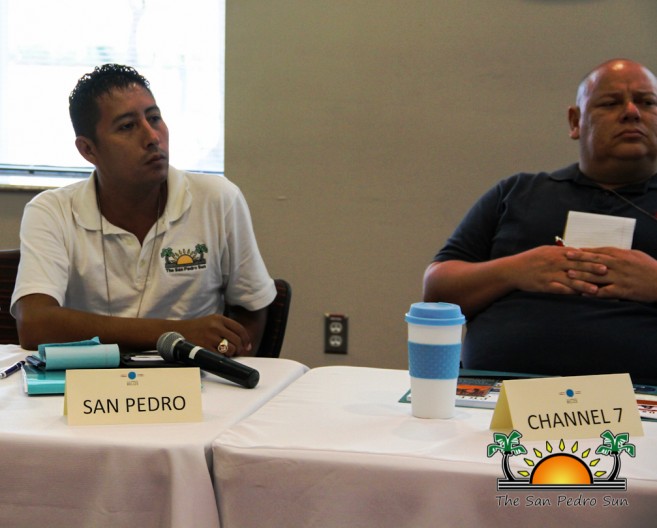 Moreno was also questioned if the US Embassy will or has revoked Cayo Northeast Representative Elvin Penner’s US visa given in 2003, as the former PUP Minister Maxwell Samuels had his visa revoked following a similar scandal. Ambassador Moreno said that he can’t discuss any individual’s visa status, and it would best to refer such a question to Penner himself. In responding to Dr. Errol Elrington (brother of the Minister of Foreign Affairs) since he is a wanted US fugitive living in Belize, the ambassador said he could not discuss specifics of that case either. Moreno added that there is a treaty between Belize and the USA for the handling of such cases, but would not go into any further details. 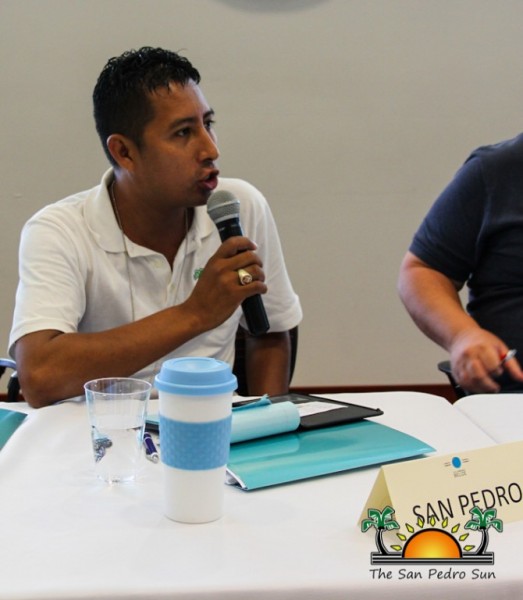 The media also asked Moreno to say whether or not the US would be prepared to help in dialoging with the Belizean government to introduce a legislation that promotes the protection of media practitioners. “Whether I would take additional steps to work with the Government of Belize to pass the necessary legislation, I think that is left up to the Belizean people. But I would emphasize the commitment of the United States and government as indicated at the beginning, to have a free and open press – it’s actually freedom of the press. Certainly, threats or even assassinations of journalists that are doing their job have been happening and has been happening in a number of countries, not only in Central America but throughout the world. I think that it would really destroy the fabric of a free society. I and the United States Government would support the protection of journalist doing their job that is part of freedom of the press and without the professionalism, investigation and the monitoring that the press does, we would be so much less of a society and certainly of democracy.” 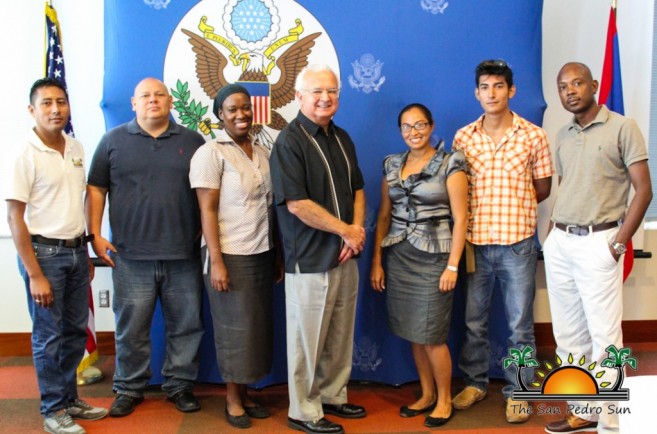 The US Embassy officials indicated that it is their hope to hold round-table discussions with the media often, in an effort to be more open with the local press.