Residents living in the Altamar area directly behind the Ambergris Stadium continue to be upset over garbage that have been piling up in their neighborhood. Not only is it a distasteful sight that residents have been subjected to, but the stench of decaying garbage and stagnant water is becoming even more unbearable. It is something that has been reported in The San Pedro Sun on more than one occasion, but authorities are moving at snails pace to address the issue, with little effect. 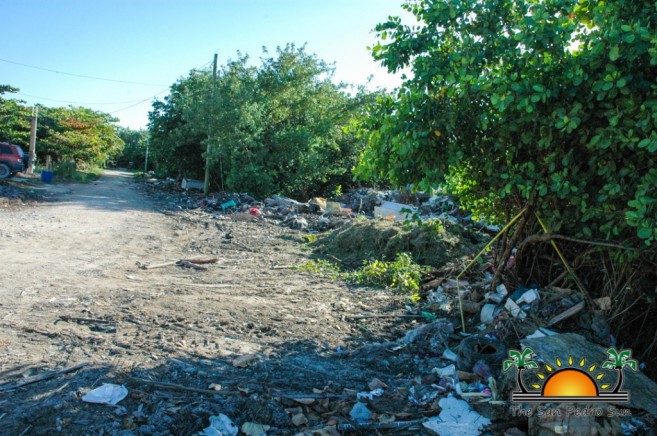 The council has claimed that they were using the site as a temporary transfer area, but other private garbage collectors are the ones responsible for the garbage left behind. Residents argue otherwise, stating that the council is the one responsible. Nonetheless, the area has now become an unofficial dumping site, inconveniencing resident in the Altamar neighborhood. Household generated garbage, old mattresses, discarded stoves, refrigerators, televisions and washing machines are just a bit of the items scattered along the side of the street.

The San Pedro Town Council made slight efforts to remove some of the garbage and erected a “No Dumping” sign, but most of the garbage remains and some of it has merely been pushed into an empty lot. Residents say that they remain frustrated after countless calls to authorities, with no positive results. Until the garbage is totally removed, residents claim they will continue to call on the local authority to address the issue. 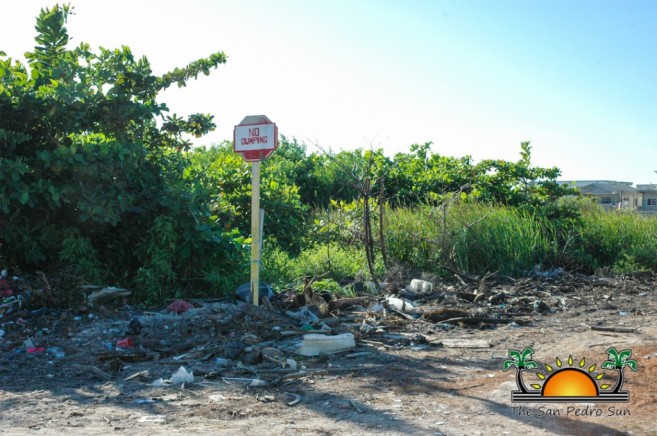 The San Pedro Sun has attempted multiple times to speak to Mayor Daniel Guerrero on this matter but our requests have not been honored.

More on Community and Society
Weekend in SP!