A Memorandum of Understanding was signed on Friday, September 11th, between the San Pedro Town Council (SPTC) and the Caribbean Local Economic Development Project (CARILED), a project funded by the Government of Canada. The program is on its second phase and is been implemented by the Federation of Canadian Municipalities (FCM) with the sole aim to promote local economic development by supporting small businesses to start up and grow. This initiative is being held in seven countries in the Caribbean including Belize. San Pedro Town has become the first municipality in the entire program to get signed into the project’s second phase. Present at the meeting were members of the SPTC, Pastor Clive Welch, representative of CARILED Leidi Urbina, and representing the Government of Belize was Director of Local Government Eugene Palacio. 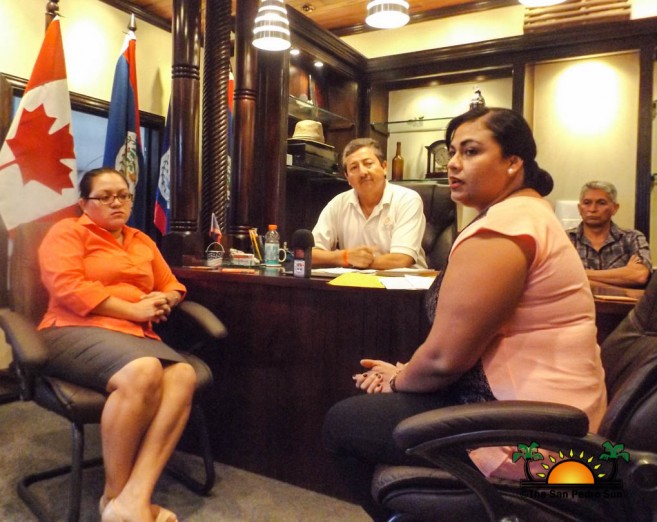 CARILED representative Leidi Urbina, explained that this project, unlike others which come directly from central government, starts at the municipal level. “The first phase of the project began in three municipalities, which included Belize City, Belmopan and San Ignacio. This approach focuses on the stewards being the local authorities working in partnership with the private sector, other NGO’s and the civil society to stimulate and encourage business activity in the municipalities. After finishing phase one we are now moving into phase two, where we will have additional municipalities benefiting from the support we provide.” Urbina continued by listing the different forms of assistance they provide and the system they followed before starting to work with a municipality. “We provide mainly technical assistance, which is implemented by the FCN. Prior to signing a community, we have a simple process to follow. First of all we look at what is the general economic environment in the town or city where we will work. We conduct a local area economic profile study to just get the data that we need in order to start to work. From there we do a local economic development strategy and what this does is guide development in terms of economic development into our municipality,” said Urbina. 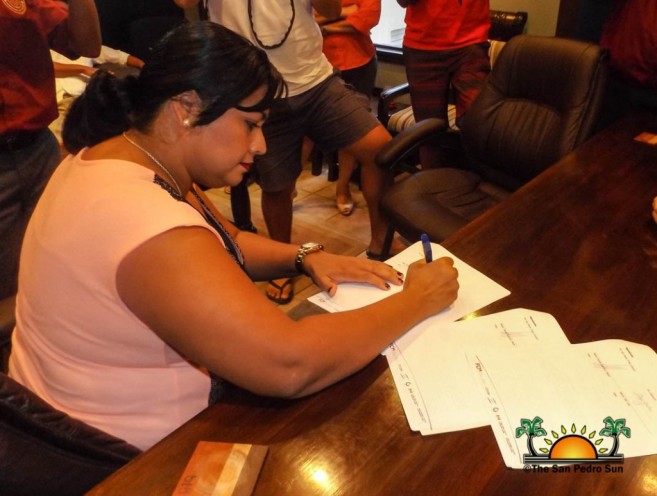 According to Urbina, in the past, similar projects like this took place, but they lacked good planning and coordination between authorities and the private sector. “The drafting of the strategy was a result of consultation, sending out the message that this initiative is a partnership to encourage people to work together. The best way to do so, was by the consultations, bringing everyone around the table and listening to their ideas and know their vision for economic development in their respective towns. The next step then is to create an action plan in order to implement the strategy via a project or program,” said Urbina.
The Memorandum of Understanding is also intended to facilitate the community members to overcome their challenges when they are in the process of opening a business. “We are trying to have the creation of more businesses and the expansion of the current ones. The municipality can assist by making it easier and friendlier for people to start their businesses. In other municipalities, what we did was look at the ease of doing business, the different challenges people face when they want to start a business. After doing a consultation early this year, we found out that the biggest problem was trade license fees. The trade license fee is very important to any business operator, but according to the feedback from consultations, the fees were unfair, subjective, with no real indication of how much a business should pay. It was claimed that the fee was based on what the evaluation officers says and not what is the value of the business,” Stated Urbina. She also mentioned that according to the consultation people complained that there was no proper support for persons with an idea, or guidance available to help develop their plan. In order to solve this problem, CARILED came up with an idea to have a business support person in the council who will assist any individual who wants to develop a business and doesn’t know how to start. He will also assist in the process of applying for a trade license. This will eliminate the process whereby people had to go through different departments for approvals. The main purpose for having a business support person is to establish a contact with these agencies, and takes off the burden from the business persons.

Eugene Palacio, Director of Local Government, shared his experience about the success of phase one of the program. “In the first phase for Belize, we had three municipalities in the Belize and Cayo District. All of these were micro-businesses, small businesses. In San Ignacio, Cayo there is the market project which enhanced the production in the agriculture sector and Belizean products. While in Belmopan there is a barbers’ training, and in Belize City there are some kiosk businesses at the BTL Park. I am excited about the expansion of the program and all the communities we are able to reach out. There might be other municipalities that will sign on this second phase, but we are happy to have San Pedro on board and we expect good results to come out from this initiative,” said Palacion.
Mayor Daniel Guerrero is also optimistic about the project, since San Pedro is a booming tourism community. He also informed Urbina that the Board is available and willing to work hand in hand with the program in order for its success. “We have in been in several meetings with CARILED, and we are excited to reach to this point now and make this giant step with CARILED. At this reunion, it was requested for us to have a “Lido” who is the main contact person for CARILED within the Board. That person is Jorge Aldana, but I also want to reiterate that the entire team at the San Pedro Town Council will be working along with the initiative as well,” said Guerrero. 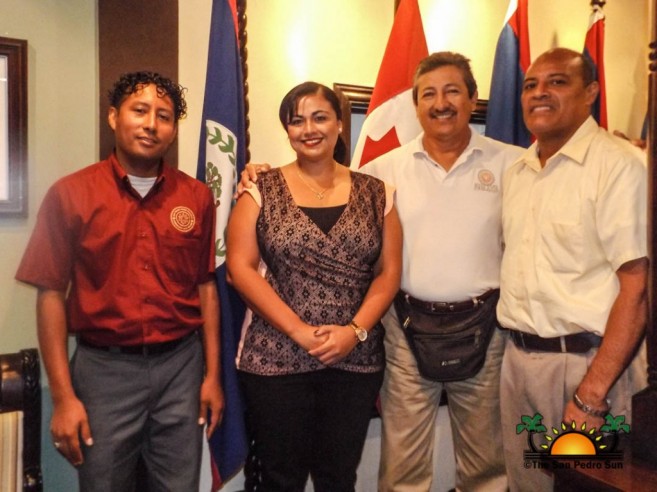 Before the meeting wrapped up, Urbina emphasized on the important duty of the “Lido” contact person. One of the main duties is to be the mover of the program in the municipality, get feedback from the residents, and liaise with the business community and other funding partners.
CARILED started in Belize in 2012, with phase one benefiting three municipalities in the country. Phase two has now started with San Pedro Town being the first municipality signing on into it. The success of this second stage of the program is largely expected in San Pedro, a major tourism hub in the country. However, an important factor needs to be followed in order for this achievement to occur. The call for everyone to work together, help each other and make a strong commitment is imperative.