The San Pedro Town Council (SPTC) building is going through major renovations, most noticeably the front part of the building. The entire front side, which had a picturesque underwater mural, has been re-surfaced with smooth tiles resembling marble, and Grecian style columns now cap the front corners of the building. After weeks of observing workers at the building, and with many questions and concerns about the structure, The San Pedro Sun went in search of answers. 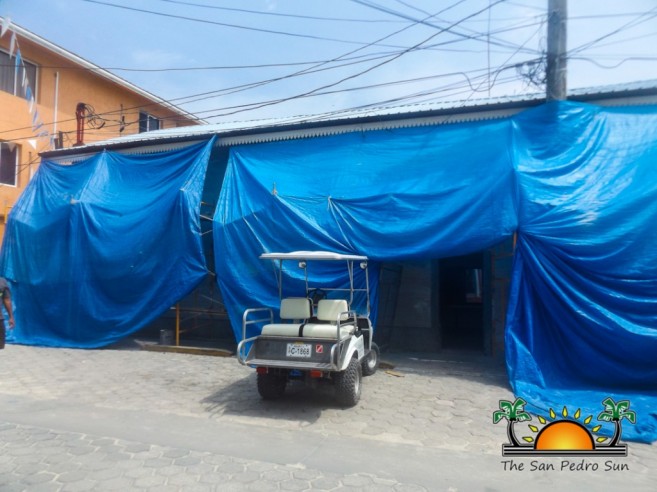 Initial reports are that the renovations of the SPTC building are in connection with Township Day, scheduled for later this year. According to Mayor Daniel Guerrero, the resources being used on the renovations does not affect in any way, the funding of other projects on the island, and there is a key reason for the changes to the building. “If you come to this island and you want to invest, and you see a deteriorated Town Council building and office, automatically you will get discouraged. We need to remember that is the first impression and perception of the building inside and outside is what we want out there. Yes, there are other priorities and we are putting light in San Mateo, in the subdivision areas. The works on our building and offices does not stop us from getting the job done and looking after the island. There have been allegations and negative comments about the renovations; those individuals who have such thoughts, I would like them to be positive and see the benefit of it, that when Township Day comes it will make us the only municipality with a beautiful building and offices to serve the people,” said Guerrero. 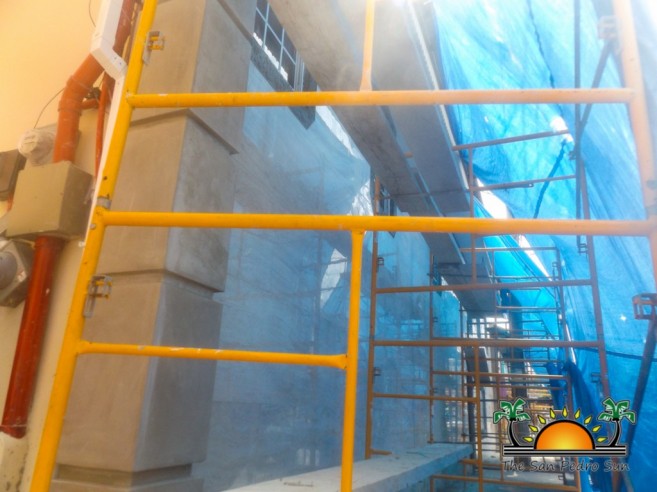 When asked about prioritizing cosmetic work to the building, Guerrero pointed out that it all depends on who is leading the Town Council. “I believe that the priorities will depend on the individual that sits here. I can be here and these are my priorities to say, I want to do something to impress, for the benefit of our people and island. People have different views, the Opposition, but what we need to know is that we are working for the people, and people will always welcome positive things,” stated Guerrero.
Guerrero indicated that the Town Board does work with a budget and reiterated that San Pedro is the only municipality in the country that has the freedom of spending because the island generates lots of revenue. “We have a budget which we presented [July 22, 2014] at the Lions Den when we do our financial report. But, let’s not forget that a budget is just a guideline as to how you should operate, it is either less spending or more spending. However, it is not just spending from the Town Council; we do get a lot of donations as well that help us do the many activities people see around town. ” 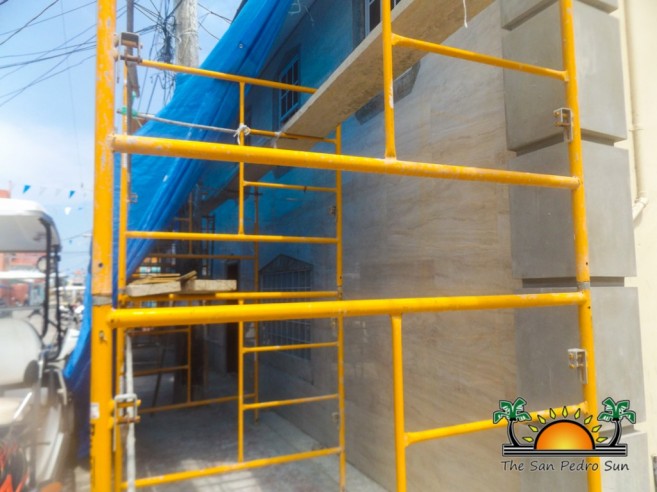 Mayor Guerrero also announced the start of works on the streets in San Pedrito, San Juan and the areas towards the south of the island where, due to rain, some of the streets are eroding. According to him the works were delayed due to the shortage of materials and equipment to work with, but it is on the way.
He called on everyone to continue working together with the SPTC. According to Guerrero, progress is coming to San Pedro, and the Town Board will continue investing on the island’s development. Whether funds are spent on celebrations or not, the Mayor assures residents that one thing does not affect the other. He cordially invites everyone to join in on Township Day on November 27th, where the general public will be presented with a newly refurbished Town Council building, symbolizing the potential of La Isla Bonita.