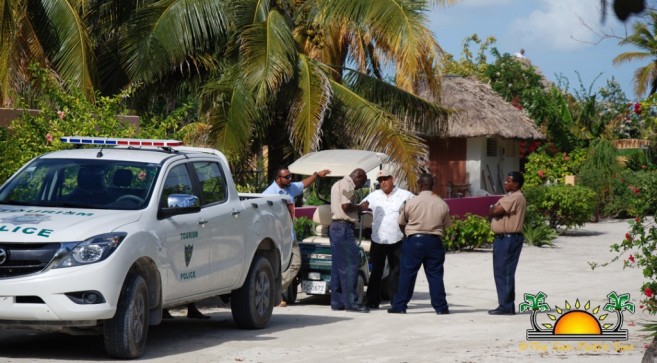 President of the San Pedro Lions Club, Nigel Belisle, stated that Shoshtari was claiming rights over the park and had ordered his employees to dismantle a structure on Thursday, January 12th. According to Belisle, the Lions had begun construction of the building on Monday, January 9th in an effort to house a caretaker at the park.

After Belisle, and Lion Members Melanie Paz and Mel Spain were notified of the removal, they immediately sought assistance from Officer in Charge of the Coastal Executive Unit Assistant Superintendent Henry Jemmott. OC Jemmott then sent out Sergeant (Sgt.) Derick Saldano and his team to evaluate the site.

Shoshtari began explaining to Sgt. Saldano that because the park is public property, the Lions had no rights to build on it. However, the San Pedro Lions claimed that they hold full control of the property through a letter, which was gifted to the Club via a long term (typically 99 years) lease back in 1990. 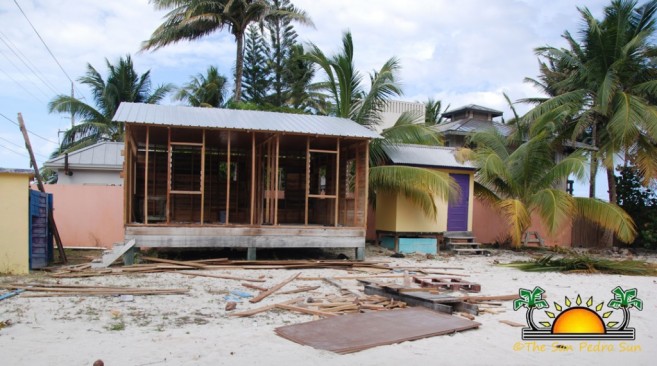 According to the Sgt. Saldano, he notified both parties to settle the matter at the San Pedro Police Station, and directed the Lions Club to submit a copy of the document to help with the investigation. He also stated that if the Lions Club indeed obtain rights to build, Shoshtari and his workers will be held liable for the damages caused.

After obtaining a copy of the document, Sgt. Saldano discovered that the parcel in the Mosquito Coast Park was granted to the Lions Club by Robert ‘Bob’ Witte, who is also the father-in-law of Shoshtari.

The letter, dated September 26, 1990, clarifies that the Lions do have full rights to manage and develop the land, which is located south of San Pedro Town, for public enjoyment. 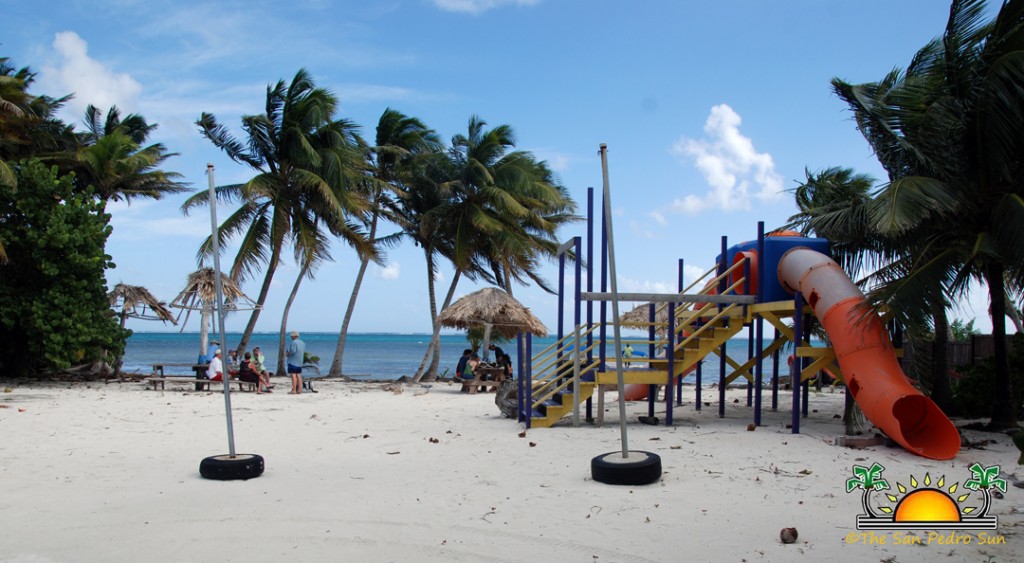 The letter states: “Since 1986, Holiday Lands Limited (Ltd.), has set aside the beach lot and pier Parcel Number 279, on which the movie “Mosquito Coast” was made, as a public park, under the management of the SPLC [San Pedro Lions Club]. This was part of our development of land and facilities in the public interest. It is now intended to expand the park to include land to the road to the west, namely lots number 248 as well as 30 feet strip by 300 feet north along the beach reverse by Holiday Lands Ltd. It is further intended that SPLC have a long term (typically 99 years) lease to manage, operate and maintain land and pier as a public facility. SPLC plans to and ultimately will erect a building to house a caretaker, storage equipment, connect electricity, provide portable water to the park, pier and public restrooms. SPLC will provide picnic tables, palapas, Bar-B-Ques and other recreational facilities. SPLC will extend and improve the existing pier, including installing fresh water lines and electricity. SPLC will collect dockage rent from those who store boats at the pier. The rents will be used to pay wages of the caretaker and other maintenance costs of the pier and park, security and electricity. These plans will be put into effect by the SPLC as the need for the facility requites. In my absence any other decisions required for the benefit of maintenance, upkeep and betterment of the park, will be made by the SPLC under a general consensus of the members. At an appropriate time, these arrangements will be put into a contract, which shall legally govern the future of the park,” the document read.

He further explained that Shoshtari agreed to reimburse the Lions Club $2,000 in damages, which will cover the cost of labor and boards that were removed from the southern portion of the building wall. Although the matter has been settled, Sgt. Saldano disclosed that Shoshtari is not satisfied and is pursuing other legal options to reclaim the property.

Special Envoy for the Development of Families and Children pays official visit to San Pedro
Carnaval 2009 kicks off!