Lionism began in San Pedro as a result of three local men, namely Wilfredo Alamilla, Alan Forman and Pedro Salazar Sr. who joined the Belize City Lions Club and decided to start their own club in San Pedro. On October 25, 1975, the San Pedro Lions Club was officially chartered, boasting an enrollment of 36 members. 40 years later, this historical event was recognized by the San Pedro Lions Club on Saturday, October 24th with a grand anniversary celebration, with seven of the original charter members in attendance. 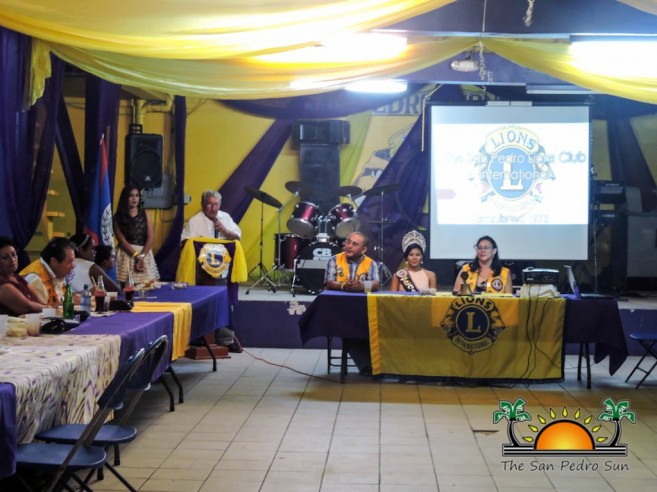 The evening of celebration began with a social hour where guests mixed and mingled while enjoying refreshments and shrimp cocktail. Following the social hour the program began with Mistress of Ceremonies Solani Graniel welcoming the invitees. After an invocation by Lion Abel Guerrero, San Pedro Lion’s Club President Fatima Graniel addressed the crowd, recognizing the charter members and elaborating on the historical significance of the fortieth anniversary. 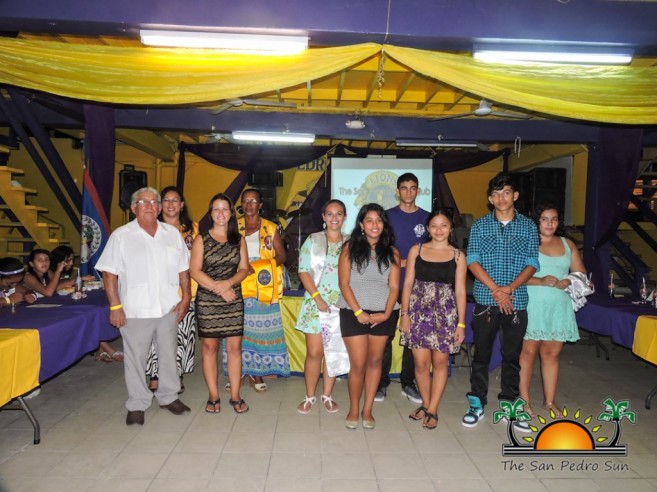 Following the President’s speech Lion Tamara Sniffin gave a Power Point presentation that outlined the history of San Pedro Lionism, featuring historic photos and highlighting the many accomplishments of the club. The first project the SP Lions Club tackled was to build and sustain a much-needed health facility, and construction began in October 1976. On April 29, 1978, when the SP Lions hosted the 1st District 59 National Convention in San Pedro, officials inaugurated the clinic with a ribbon cutting ceremony. 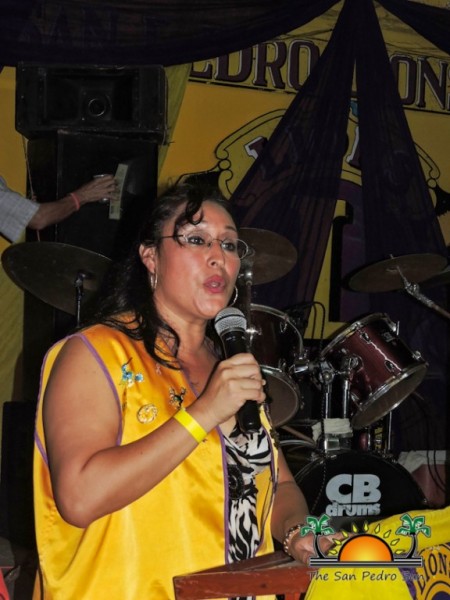 Over the years the San Pedro Lions Club has maintained their dedication to serve, and have assisted with other important community projects, including building and improving the Roman Catholic Primary School, assisting with the San Pedro High School, working on the town cemetery, constructing the San Pedro Lions Den, maintaining the Mosquito Coast Park and most notably the completion of the Dr. Otto Rodriguez San Pedro Polyclinic II in 2005. The same year the San Pedro Lions Club was awarded Club of the Year, with a delegation of San Pedro Lions traveling to Hong Kong to receive the honor. From sell-a-thons to clothing drives and BBQ’s, the SP Lions are quick to respond to the needs of those in crisis, and have held countless fund raisers to assist victims of floods, fires and hurricanes. 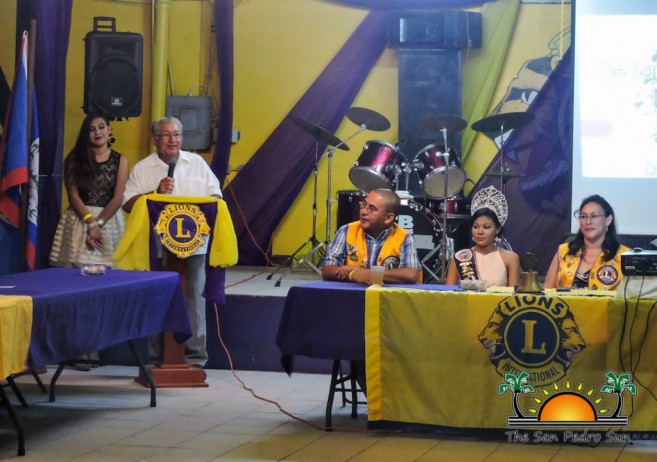 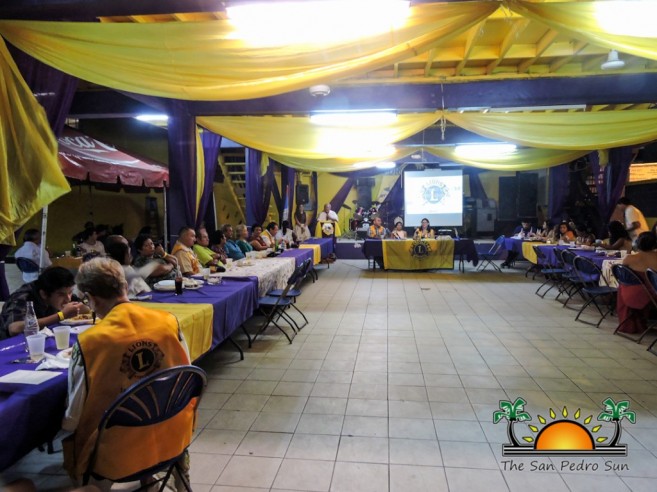 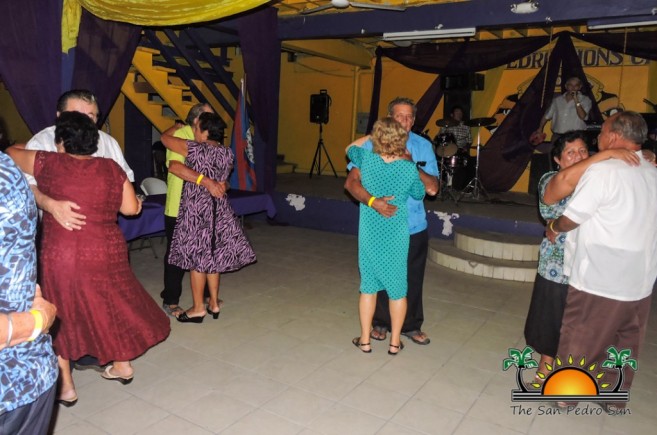 Vice-President Lion Rene Guzman gave the vote of thanks, and the program concluded with the audience participating in a rousing rendition of the, “I’ve Got That Lions Spirt” from head to toe song.

Guests were treated to a delicious turkey dinner with all the trimmings and brownie dessert. Of course no San Pedro Lions Club celebration is complete without the infectious music of Rompe Raja. The San Pedro Lions certainly were feeling the Lions spirit all the way down to their happy dancing feet, and the historic event was celebrated into the wee hours of the night. 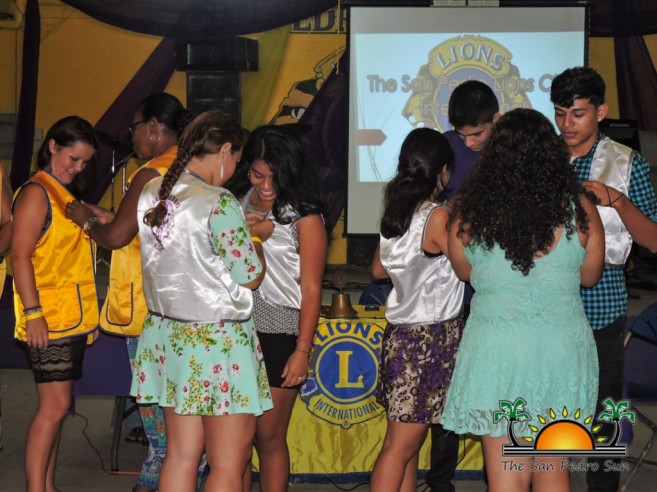 The San Pedro Sun congratulates the San Pedro Lions on their amazing forty years of service to our island community, and we encourage everyone to support the Lions whenever they can. By attending their Friday night Bingo, donating when solicited or attending a fund raiser, your participation goes directly back into our community.