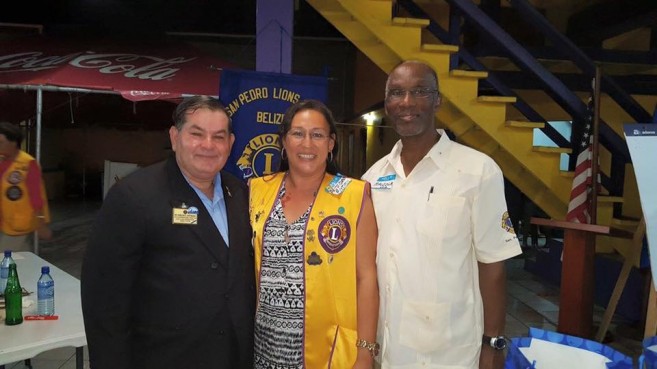 On Thursday, October 15th Lion Kirwan and Lion Justiniano arrived to San Pedro via Tropic Air where they were met by the board of directors of the San Pedro Lions Club. From there, they were whisked to the San Pedro Lions Den for their presentations. In the first session of the training, Lion Kirwan spoke about developing leadership skills and the importance of planning for the club’s sustainability. He further indicated that in order for the local clubs to expand and strengthen, there is the need to have a leadership role in membership growth. Such growth can be easily accomplished throughout the year by introducing a ‘Year-Round Growth Awards Program.’ This initiative recognizes Lions who might sponsor three or more members in a fiscal year, and clubs for ending the year net positive in membership.
In the second session of the training, Lion Justiano shared his views about the keys to success when it comes to membership recruitment. The recruitment and retention of members is very vital to the success of a Lions Club. According to the presentation, planning and implementing recruitment and retention strategies can greatly help a club thrive. 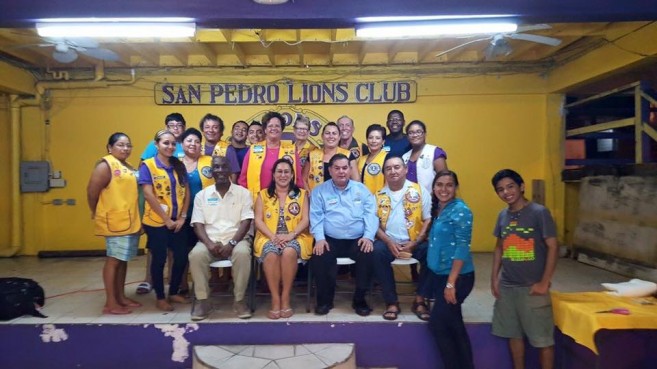 San Pedro Lion’s Club President, Fatima Graniel expressed her satisfaction with the training, stating how useful it was for the local lions. “The training was well prepared and there was a lot to be learned from it. We opened it to not just the Lions but to the general public, because the presentations were about leadership. It was for everyone who may want to develop leadership skills at their job site, at home and in every endeavor they are involved in,” stated Graniel. She also indicated that such seminars teach members the real meaning of being a member of this prestigious international organization.
According to Graniel, the training provided everyone with different ideas in how to increase the club’s sustainability and expand its presence in Belize. The presenters gave valuable information that can aid anyone with the necessary skills to overcome any obstacles in a positive way. This is the motivation the members need so they don’t drop out, but rather stay in the organization, attracting more new members.
On their last two days in Belize, Lion Kirwan and Lion Justiniano spent two nights in Belize City and visited one of Belize’s premier Maya Temples, Altun Ha. They both departed the country on Sunday, October 18th, returning back to the United States of America.

IOM guarantees an orderly, safe and regular return of migrants