Home » Community and Society » U.S Embassy denies any changes in US Visa policy for Belizeans

U.S Embassy denies any changes in US Visa policy for Belizeans


An online ‘article’ claiming changes to visa policies for Belizeans has been declared false by the United States Embassy in Belize. The false article had indicated that the US had set a quota on visas issued to Belizeans, causing much concern. 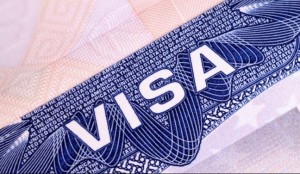 On Monday, January 30th the Public Affairs section of the embassy issued an official release in response to the article. The official note stated that there have been no new rules or regulations limiting the number of US visas for Belizean citizens. Belizeans were advised to visit the Embassy’s website for the most-up to-date and accurate information. The notification ended by indicating that the US and Belize have strong bilateral ties based on shared interests and they look forward to enhancing their friendship.
The news may have seemed plausible to many, given the recent executive orders imposed by US President Donald Trump regarding immigration. The Trump administration has ordered a travel ban for 90 days on citizens from seven Muslim-majority countries, which includes Syria, Iran, Iraq, Yemen, Sudan, Somalia and Libya. The order also suspended the entry of all persons in exile for four months. Rumours from other social media outlets had also made posts indicating that the restriction on the issue of US Visa’s would apply to other countries as well.
The general public is advised to exercise caution and to verify the source of information before sharing it.
For more information on the U.S Embassy in Belize, visas and immigration related topics, visit: https://belize.usembassy.gov