On Monday, February 13th, Projects Abroad in Belize, organized the very first ‘Father Daughter Dance’ event in San Pedro Town. For a small admission fee, several fathers, along with their daughters gathered at the San Pedro Lions Den for an evening of dancing, games and much fun. All proceeds from the event went to the San Pedro Lions Club. 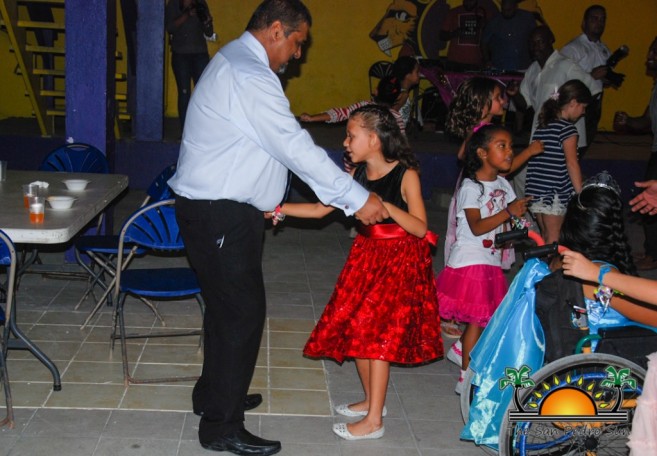 The fun started shortly after 6PM, with fathers and their little princesses dancing to soft music. The DJ then kicked it up with some hip hop and even some dancehall. Everyone was indeed having some quality time with their loved ones, while enjoying snacks and refreshments. 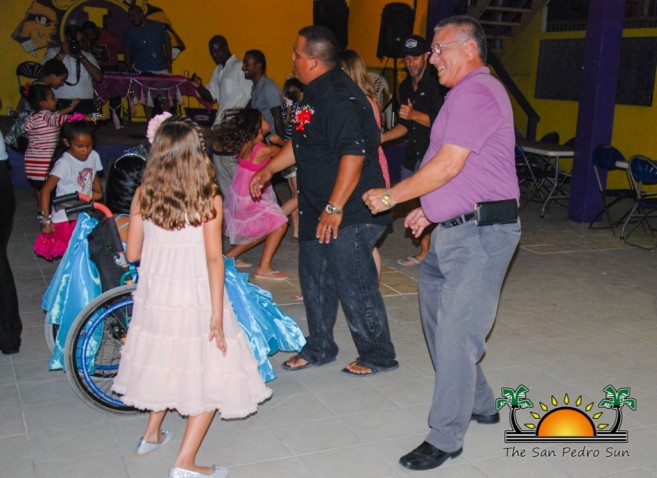 According to Cora Guillen, Project Coordinator at Projects Abroad (a non-governmental organization) the idea to have this event was to engage parents (in this case, fathers or positive male role models) to be more involved in their parental duties. “We learned from recent surveys that the interaction of fathers with their children was less than 25%, compared to the involvement of the mother.” said Guillen. “So, along with the volunteers at Projects Abroad, we decided to have this event so as to make the relationship between father and daughter even closer.” She stated that in other countries, this type of event is very common. 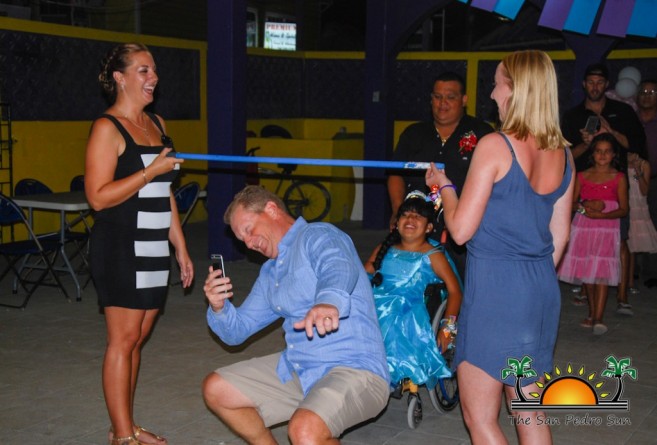 There were also fun games planned for the night. As classic hits were being played by the DJ, fathers and daughters tested their ‘Limbo’ skills. Next up, was ‘Pass the Balloon’, as everyone made a circle and passed the inflated object like if it was a hot potato. At some point during this game, the music would be stopped and the last person holding the balloon was eliminated. Many of the fathers who took the time to attend the event expressed their joy at being able to share such a magical moment with their little girls.

Before the event wrapped up, the fathers had the chance to show off some moves with 60’s dance hits. Afterwards, it was time to Punta, and everyone crowded the dance floor, dancing to hits from Belize’s Punta King, Supa G! The dance ended with each girl receiving a coloured card bearing a message from their father. 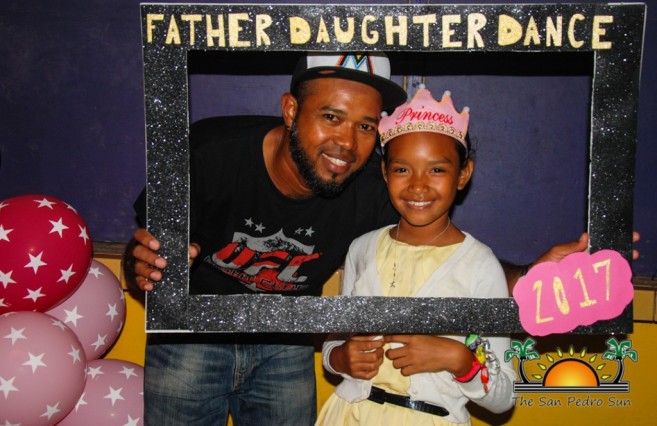 The event did not only see fathers, but also other positive male role models such as grandfathers, uncles and guardians. 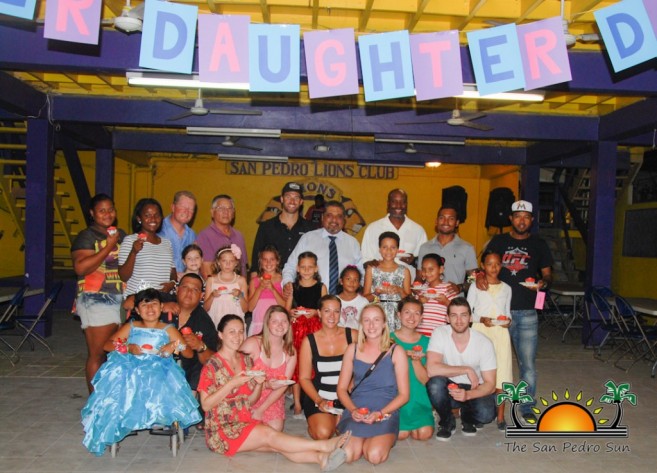 Cassidy Grady, a nursing student from the United States currently volunteering at Projects Abroad said she was happy to be able to connect with the community and work along with them. “I’m glad to be able to help the people of San Pedro, building up the community, and helping out the youth in their individual growth and success,” said Grady.

Projects Abroad would like to thank everyone who came out and supported the event. Special thanks go out to all the sponsors who made the event possible. Organizers are hoping to host another event, around the same time, in 2018.