James “Jim” Janmohamed has been a major figure on Ambergris Caye for years, and is the go-to man for many British immigrants who both reside and vacation on the island. From his early years as Emergency Management Coordinator, Janmohamed has been referred to as reliable and trustworthy, a stalwart pillar of the community. 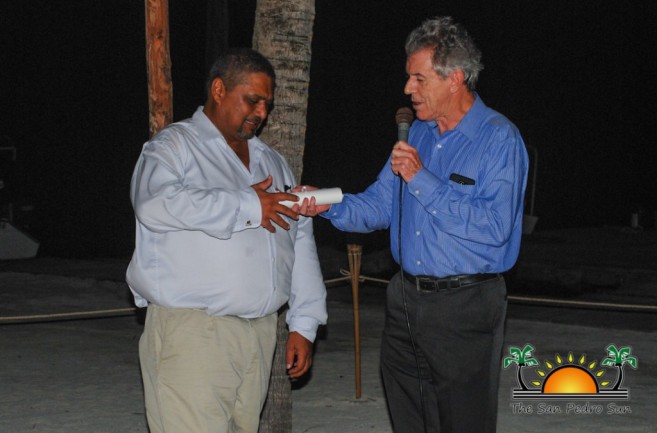 He was recognized for his service to Belize on June 15, 2002 when Her Majesty Queen Elizabeth of England made him an Officer of the British Empire (OBE). Now, he has been bestowed with another title: Honorary Consul of the United Kingdom of Great Britain and Northern Ireland with responsibility for the Consular District of Ambergris Caye, Caye Caulker, Caye Chapel and Long Caye of Belize. 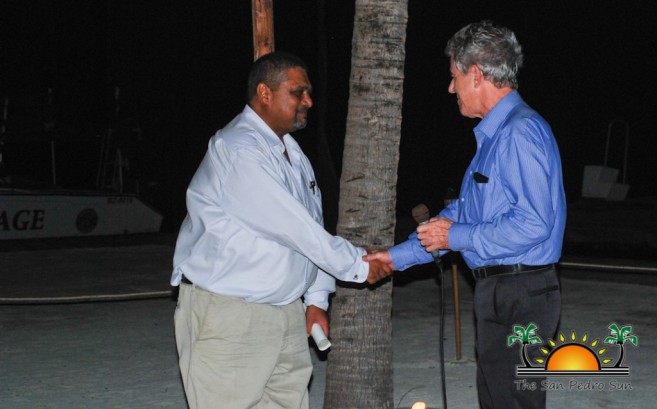 On May 25, 2017, British High Commissioner, His Excellency Peter Hughes hosted a reception at Ramon’s Village Resort, where Janmohamed’s appointment was officially acknowledged. It is the first ever appointment of its kind in Belize, and family, friends and British nationals gathered to celebrate. During the brief ceremony, H.E. Hughes acknowledged that Janmohamed has been the Embassy’s unofficial representative for years, but now with a signed government document, he can perform duties for the British Government that he previously couldn’t.

Such duties include issuing passports and emergency documents, registering births and deaths, and handling cases of child abduction and forced marriages. They also assist detained or imprisoned Britons, and those who have fallen ill or are victims of crime. Such assistance is governed by the Vienna Convention on Consular Relations 1963.

Janmohamed thanked everyone who was in attendance to witness the historic event, and promised to work to the best of his ability to continue lending a hand to his beloved island and its people. Attendees celebrated into the night, with live music, dancing and lots of delicious hors d’oeuvres and drinks. Congratulations Mr. Jim!